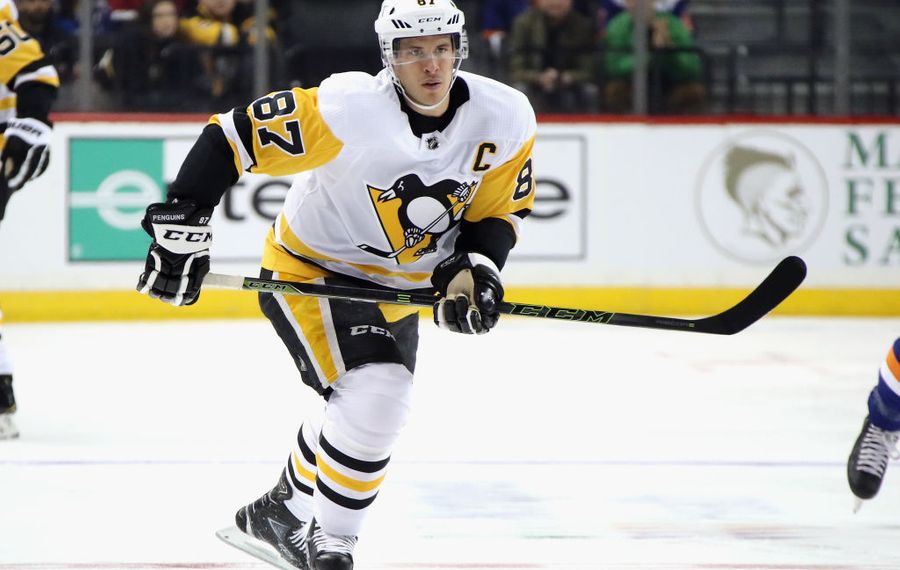 Mike Sullivan won Stanley Cups with the Pittsburgh Penguins in 2016 and 2017 but this is going to have to be his best coaching job by far if the team is to even stay in postseason contention.

The Penguins have had an astonishing run of injuries this season and the big one hit last week: Sidney Crosby is down after hernia surgery and probably out for six weeks. That will almost certainly take the Pens into the new year without their captain.

At 32, Crosby remains one of the premier talents in the NHL and has developed into one of the game's top two-way players, an offensive dynamo finally getting Selke Trophy-level consideration for his defensive game as well. Crosby had 17 points in 17 games before the injury apparently became too difficult to deal with. We should all be so limited.

“I’m stating the obvious when I say he’s a guy who is next-to-impossible to replace with everything that he does for our team, both in the locker room and on the ice,” Sullivan said Tuesday in New York prior to the Pens' first game without Crosby, an overtime loss to the Rangers. “He is a generational talent. But having said that, we still believe we have what it takes to win. That’s how we have to look at it.”

The Penguins are currently playing up front without Crosby and net-front bulwark Patric Hornqvist, the player most remembered for scoring the Cup-winning goal in Game 6 at Nashville in 2017. Oft-injured Kris Letang is out again on defense.

Evgeni Malkin, Bryan Rust, Nick Bjugstad, Alex Galchenyuk and Jared McCann have also missed time this season. McCann got the first chance to fill in for Crosby between Galchenyuk and Jake Guentzel.

Sullivan maintains the Penguins will continue to maintain their "next man up" mentality in Crosby's absence and forward Sam Lafferty, who grew up 90 minutes from Pittsburgh, got another call back when Crosby's injury was announced.

When Sabres GM Jason Botterill and assistant GM Randy Sexton were in Pittsburgh, they had players ready to go in Wilkes-Barre/Scranton who became key contributors. Think of Matt Murray, current Buffalo forward Conor Sheary, Guentzel, Rust. They all came through the pipeline.

Lafferty, fellow forwards Joseph Blandisi and Adam Johnson and defenseman John Marino are the latest to get looks this year.

The Penguins entered the weekend 0-1-1 without Crosby and tied with skidding Toronto for the last wild-card slot in the East. They haven't missed the playoffs since 2005-06, Crosby's rookie season. With the captain a good bet to miss perhaps a quarter of this campaign, it will be a challenge for Sullivan to get them there again.

"Guys have to take advantage and maximize those opportunities," Sullivan said. "Really it’s about playing together as a team. I think that’s what we’ve done best. Sometimes when you face the types of injuries that we have in this early part of the season, it gives us an opportunity to rally around it a little bit. That’s something we’ve discussed with our players."

Sabres not able vs. Canes

In the wake of Thursday's overtime defeat, here's the update on the Sabres' absurd losing streak against Carolina: It's up to 10 games overall (0-6-4) with the last three losses at home all coming in overtime. The Sabres are 0-2-3 at home and 0-4-1 in PNC Arena. Their last win in the series was a 3-2 road triumph on March 22, 2016.

The Hurricanes, not a team renowned for offense, have scored at least four goals in six straight meetings against Buffalo and have outscored the Sabres, 41-25, in the 10 games. The remaining meetings this season are a home-and-home set March 15 in KeyBank Center and March 17 in Raleigh.

Buffalo's next-longest losing streak to another opponent is just five games, against both Tampa Bay and Toronto.

In a blur, Rasmus Dahlin's first 100 games are in the books

Rasmus Dahlin was boffo in dishing out culinary advice for the trip to Sweden. The meatballs were fabulous and my skepticism was unfounded over his recommendation of Max Burgers, essentially the Swedish version of McDonald's. The bacon cheeseburger was fabulous and the fries as crispy as you'd get on this side of the ocean.

As for the chicken sandwich? Well, that was a rubbery disaster. Complete culinary fail.

"You had chicken? Why?" Dahlin asked increduously when I told him my verdict. "Not at Max. No chicken."

Wish I had run my choices by him before my visit.

Longtime Sabres captain Jim Schoenfeld says he's retired for good now after ending a long front office career with the New York Rangers in May while serving as assistant GM. The 67-year-old was planning retirement for three years with his wife, Theresa.

"Glen Sather kept saying, ‘Come on, we’ll give it one more kick, we’ll give it one more kick,'" Schoenfeld said of the Rangers president when he visited KeyBank Center earlier this month. "And I loved the guy and we really had fun working together, so, ‘Eh, I’ll do one more.’ It wasn’t like I didn’t like the job. I really still do. But you get to a certain age and you start to weigh time.

"We have five or six grandkids and three of our four children live in Arizona and you just say, ‘You know, how much longer do I want to stay away from them?’ That’s sort of what it comes down to. So it just seemed like the right time. It was a great time while I was there. I left with only good memories. Probably a better way to go than have somebody else show you the door."

* Connor McDavid, who posted his first career six-point game, and Leon Draisaitl combined for 11 points in Edmonton's 6-2 win Thursday over Colorado. Draisaitl enters Saturday leading the NHL with 41 points in 21 games and is the fastest to hit 40 points since Mario Lemieux in 2002.

* In its first game back from Sweden, Tampa Bay scored four goals in the first 6:42 Thursday en route to a 9-3 romp past the Rangers. It was the quickest four goals to start a game in franchise history and the Lightning became the first NHL team since St. Louis in 2011 to score four  in each of the first two periods of a game. The Blues did it in a 9-3 win over Anaheim.

* Chicago's Kirby Dach, the No. 3 overall pick in the June, scored the game-winner for the Blackhawks Wednesday at Vegas after No. 2 Kaapo Kakko scored the overtime winner for the Rangers on Tuesday. It marked the first time since 1943 that two 18-year-olds posted GWGs on consecutive days, dating to winners by Don Gallinger of Boston and Jack Hamilton of Toronto. Evander Kane did the trick by himself as an 18-year-old for Atlanta in 2009.

* Gilbert Perreault turned 69 on Wednesday and got a "Happy Birthday Bert" greeting on Twitter from longtime teammate Don Luce that featured a picture of the pair from a recent Sabres alumni event.

* In Wednesday's column, I noted the only city in which Buffalo has played in three different venues is Detroit – Olympia Stadium, Joe Louis Arena and Little Caesars Arena. Longtime Sabres equipment manager Rip Simonick correctly pointed out the Sabres have also played Tampa Bay in three venues but they're in two different cities.

The Lightning's original and current homes, Expo Hall and Amalie Arena, are in Tampa. They also played from 1994-96 in the Thunderdome (now Tropicana Field) across the Howard Frankland Bridge in St. Petersburg. The Sabres went 5-0 there, their most wins without giving up a point in any of the 77 venues in which they've played a regular-season game.

* Over and over again, you hear players talking about how nice it is to be part of the Buffalo-Rochester affiliation. It makes you feel closer to the NHL and it's an easy drive when the call comes.

Just listen to Curtis Lazar talk about it when he arrived on Thursday: "Honestly it's so nice and that was a big factor for myself throughout the summer trying to decide where I wanted to go. Rochester is down the road and some days I'd see myself back here in Buffalo checking things out and just hanging out. You hop in a car last night and you're here an hour later and it's back to work."

Last year, Lazar would get the call from Stockton (Calif.) to Calgary and it was a tad different to get there.

"You're at the San Francisco airport and dealing with customs and all that," Lazar said. "It's quite the headache. To be able to hop in the car and drive, it's nice."