Over the past two months, men and women filed 294 Child Victims Acts lawsuits in Western New York, alleging that they were molested as children by priests, teachers, school administrators or others.

In more than two-thirds of those cases – 199 of them – the plaintiffs want their names to be kept secret.

Those requests for anonymity have ignited a legal battle in Buffalo and other parts of the state over the rights of alleged victims to pursue lawsuits under the names of John Doe, Jane Doe or other aliases.

Attorneys for the victims say many are so traumatized and embarrassed that they will not file lawsuits if their real names are on public court documents.

“Forcing these people to have their names disclosed would intimidate a lot of people and prevent them from filing suits, and the defendants are well aware of that,” said Niagara Falls attorney Paul K. Barr.

But lawyers for some of the defendants – including public school districts – say it is impossible for their clients to defend themselves when they don’t know the name of the person who filed the suit. They also argue that, in cases where taxpayer money is at stake, the public has every right to know the names of the accusers.

When taxpayer money is involved, the public “has a strong interest in full and open disclosure of all matters related this this litigation, including the names of the litigants,” Julia M. Hilliker, a Hodgson Russ attorney defending the Amherst and Kenmore Tonawanda school districts, said in papers filed in State Supreme Court.

In the Kenmore Tonawanda case, 31 men say they were molested as children by Arthur Werner, a former social studies teacher who retired in 1993. The men allege that Werner molested them in his classroom in a series of incidents in the 1960s, 1970s and 1980s.

Represented by attorney Chris O’Brien, the men all filed their lawsuits as “John Does,” but the Kenmore Tonawanda district wants to know their names.

“The district needs to know the names of the individuals who are making these complaints in order to conduct its own investigation and try to determine exactly what happened,” Hilliker told The Buffalo News on Friday.

Hilliker also represents Amherst Schools in a case involving a woman in her 50s who has sued anonymously, claiming that a former district employee named John “Jack” Koch repeatedly molested her, beginning in 1981 when she was 14 years old.

Hilliker told State Supreme Court Judge Deborah A. Chimes that the public has a right to know the woman’s name because taxpayer money would be used to pay any settlement or verdict.

If the woman’s name was publicized, people who know her would be able to come forward with information about her and Koch. That information could wind up being positive or negative for the woman’s case, Hilliker argued in court on Nov. 12.

People following the case in the news media or social media need to have the ability to “come forward and say, ‘I have relevant information about this situation,’” Hilliker told Chimes. “They cannot do that if the plaintiff proceeds under a pseudonym.”

“The plaintiff’s credibility will be a central issue in this case,” Hilliker added. She and Koch’s attorney, Mark P. Della Posta, denied the allegations made in the woman’s lawsuit.

Barr and co-counsel Danielle George represent the woman in her case against Koch and the Amherst district. They argue that state laws protect the privacy rights of sexual assault victims.

“We have already given Amherst Schools the name of the victim who filed this lawsuit,” Barr said. “I believe they are only pursuing this line of argument because they want victims to be fearful of their names being exposed, which will deter many people from filing claims.”

Barr did provide the plaintiff's name to the Amherst district, Hilliker confirmed.

Seeking to protect the identities of the alleged Werner victims, O’Brien filed an expert affidavit from David Heffler, a mental health counselor from Lockport who has been counseling molesters and their victims for three decades. Heffler said the courts should allow Child Victims Act plaintiffs to remain anonymous. He said many victims of sexual abuse do not seek out mental health treatment because they fear public exposure as a victim.

So far, Chimes has not ruled on the issue of anonymity for the alleged victims. The judge said she wants to know whether any “public interest” is served by making the accusers’ names public.

Judge rules on issue in NYC

The issue has come up in other state courts since the Child Victims Act took effect two months ago.

In Manhattan on Nov. 8, State Supreme Court Judge George J. Silver ruled against the Northeast Province of Jesuit Brothers, whose attorneys argued that the identities of three people who filed Child Victims Act lawsuits against Jesuit priests should be made public.

Silver said making their names public would subject them to “lasting scars of broadcasted exposure.” Silver said lawyers for the Jesuits, as defendants, will get the names of the plaintiffs but cannot make them public.

But the judge also stated that the Jesuits are a private institution, and he added that if the case has been filed against a “government entity,” he might have ruled differently in favor of the “public’s right to know.”

Silver’s ruling applies to his cases and it could influence other judges, but the ruling is not binding on other cases throughout the state. 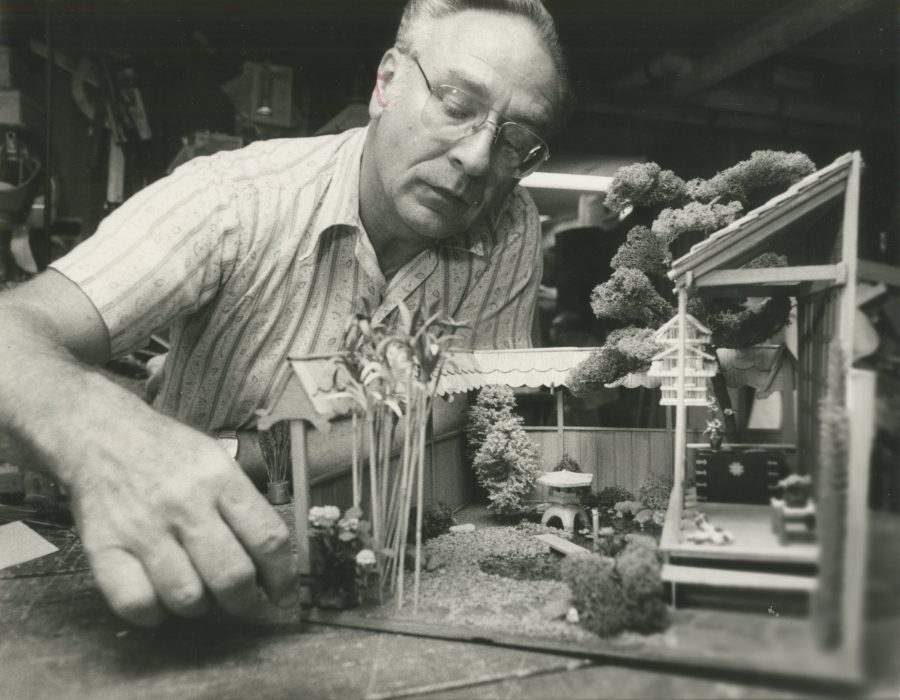 According to legal experts who are closely following the cases, Werner has been accused of molesting more children than any other person accused in Child Victims Act litigation in New York state.

Officials of the Kenmore Tonawanda district have not taken any legal position on whether they believe Werner molested students or not. They have taken the position that the district never heard any allegations about wrongful conduct by Werner until a former student made a complaint with them last year, Hilliker said.

“Mr. Werner is represented by an attorney, and because of that, we have not been able to talk with him,” Hilliker said.

Werner has not been named as a defendant in the lawsuits. The school district is the only defendant.

School districts are concerned about such cases because many are self-insured for such litigation, and in those self-insured districts, any settlements or verdicts would have to be paid entirely by taxpayers.

In May 2016, the Los Angeles Unified School District agreed to pay $88 million to settle sexual abuse lawsuits against the district, involving the conduct of two former teachers. The lawsuits were filed by the families of 30 children who were molested at two elementary schools.

Kenmore Tonawanda school officials are doing “historical research” to find out if they ever had insurance that would cover any of the potential losses from Werner cases, but so far, it does not appear so, Hilliker said on Friday.

Werner, several of his family members and his attorney, Patrick J. Mackey, have all declined to talk to The News about the sexual abuse allegations.