Riding a horse was a new experience for Kevin Degnan.

But after a little time in the saddle, he looked comfortable holding the reins as he rode Louie.

Degnan was beaming after he dismounted. He admitted he was a bit nervous at first, but the volunteers walking alongside put him at ease.

"Before you knew it, Louie went back to his initial speed, and I didn't even know it," he said.

Something that wasn't apparent to anyone watching Degnan ride on Saturday: his left leg is amputated below the knee. He and other members of the Amputee Support Group of Western New York welcomed the chance to ride horses inside the Angel Arena at the Lothlorien Therapeutic Riding Center, as a group activity.

"After your amputation, you don't think you'll be doing much of anything," said Tony Coniglio of the Town of Tonawanda, a rookie horseback rider. "But you find out you can do a lot."

This was the first time the group had visited the East Aurora center for horseback riding. They are returning next week, and they plan to visit a few times next year, as well. 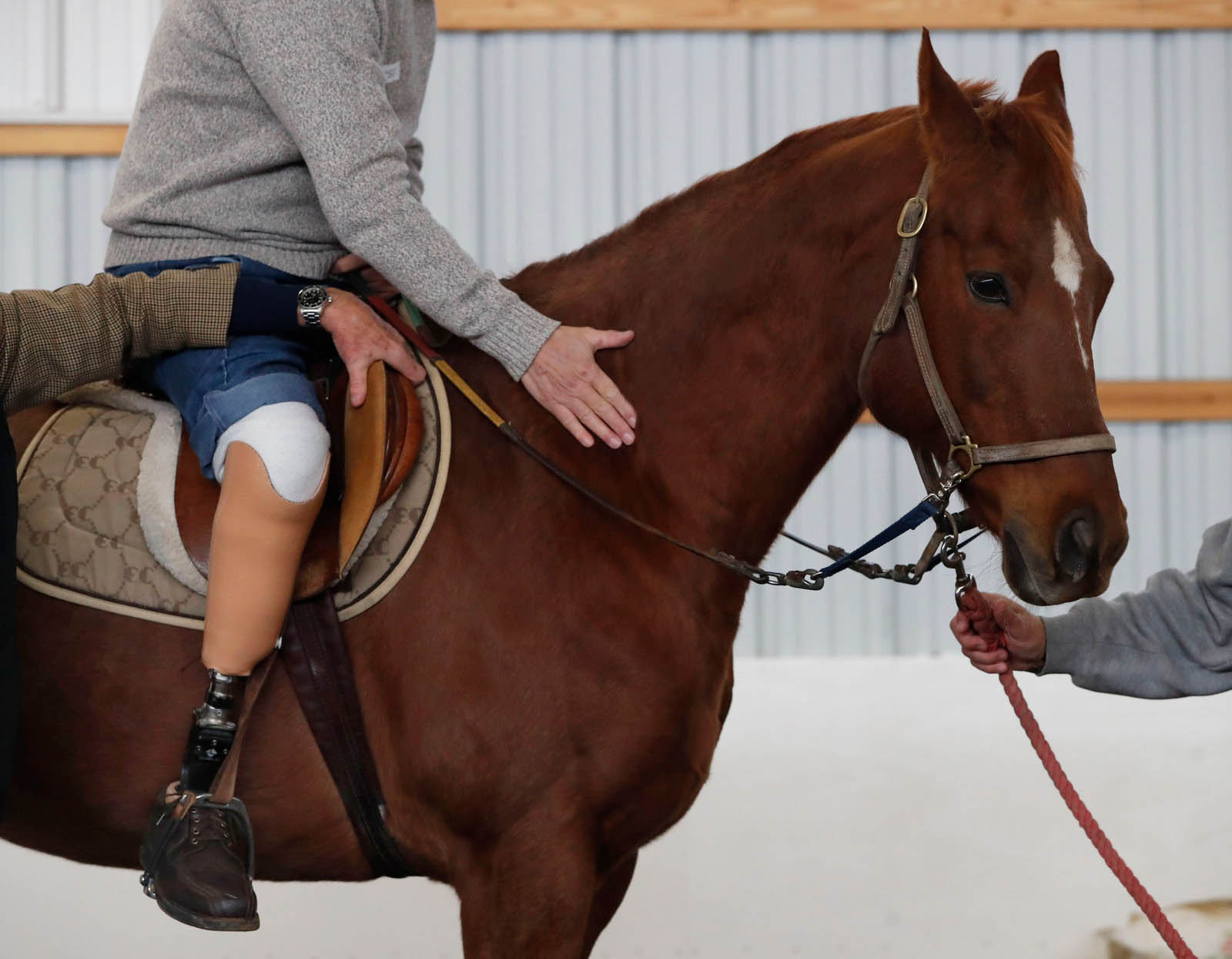 Russ Gugino of Hamburg rides the horse Julia during Saturday's outing for the Amputee Support Group of WNY. Gugino had his right leg amputated below the knee nine years ago due to an aortic aneurysm that burst. (Sharon Cantillon/Buffalo News)

The support group, which also includes amputees' family members, friends and caregivers, meets at Kenmore Mercy Hospital. The outing to East Aurora on a chilly November day was something new for the members to experience and to benefit from.

"The horse has a three-dimensional gait that can never be replicated in any type of therapy session," said Maggie Keller, executive director of the riding center.

The activity also requires just the right kind of horses, Keller said. "They have to be very accepting, very calm, seasoned-type horse, older." 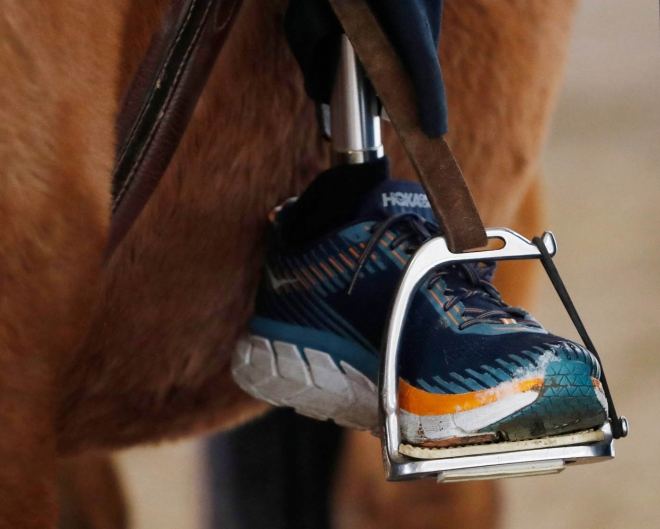 Kevin Degnan rides the horse Louie with the help of a leader and and sidewalker for support Saturday at the Lothlorien Therapeutic Riding Center in East Aurora. Degnan, of Cheektowaga, the victim of a hit and run accident in 1986, lost his leg from the knee down. He is the founder of the Amputee Support Group of Western New York. (Sharon Cantillon/Buffalo News)

While the support group members rode, Keller and others taught them proper riding form and technique. "Chin up, shoulders back, relax and breathe," Keller told riders as they passed her.

Coniglio said he enjoyed his first ride, on MacGyver. Balancing himself on top of a horse took getting used to. "I'll do this again," he said.

Russ Gugino, another support group member, said horseback riding was another way for the tight-knit support group to get together and share an experience. Gugino had learned about the opportunity for riding from a friend, John Hatcher, who helped make possible Saturday's outing.

Hatcher told Gugino about the therapeutic benefits of riding for people, including amputees.

"It can be very helpful for their back muscles, their balance, and most of all their spirit, and building self-confidence," Hatcher said.

For support members like Degnan, it was a chance to take on a new challenge. The substitute teacher, who lives in Cheektowaga, said he has run 25 road races since his amputation.