To the untrained eye, the emergency room at Mercy Hospital of Buffalo would already appear to be a model of sleek design – well-appointed for the roughly 55,000 patients it receives each year.

However, hospital officials on Friday announced plans for a $500,000 renovation of the space that re-imagines the flow of patients and provides for more efficiency.

"This does not mean that we expect smaller volumes of patients, by any means," Bratko said, during a news event in the hospital lobby that was also intended to announce fundraising efforts for the project.

"This means that more patients will be seen quicker and on the proper track to be given the medical attention they need. The current waiting space will be repurposed to provide that care," Bratko added.

Mercy Hospital officials said construction on the project is expected to begin as soon as the state signs off on the hospital's certificate of need.

Bratko and other Mercy Hospital officials highlighted an aspect of the fundraising that is helping to bring the renovation to fruition.

Scott Bieler, president and chief executive officer of West Herr Auto Group, donated a new Ford Edge that was displayed on the hospital lawn for two months as part of a raffle that sold nearly 1,100 chances and brought in about $30,000 toward the cost of the renovation.

"We did a lot of private fundraising, as well," said Craig A. Harris, vice president of development for Catholic Health Systems, who worked with the Mercy Hospital Foundation on fundraising strategies for the emergency room reconfiguration project. 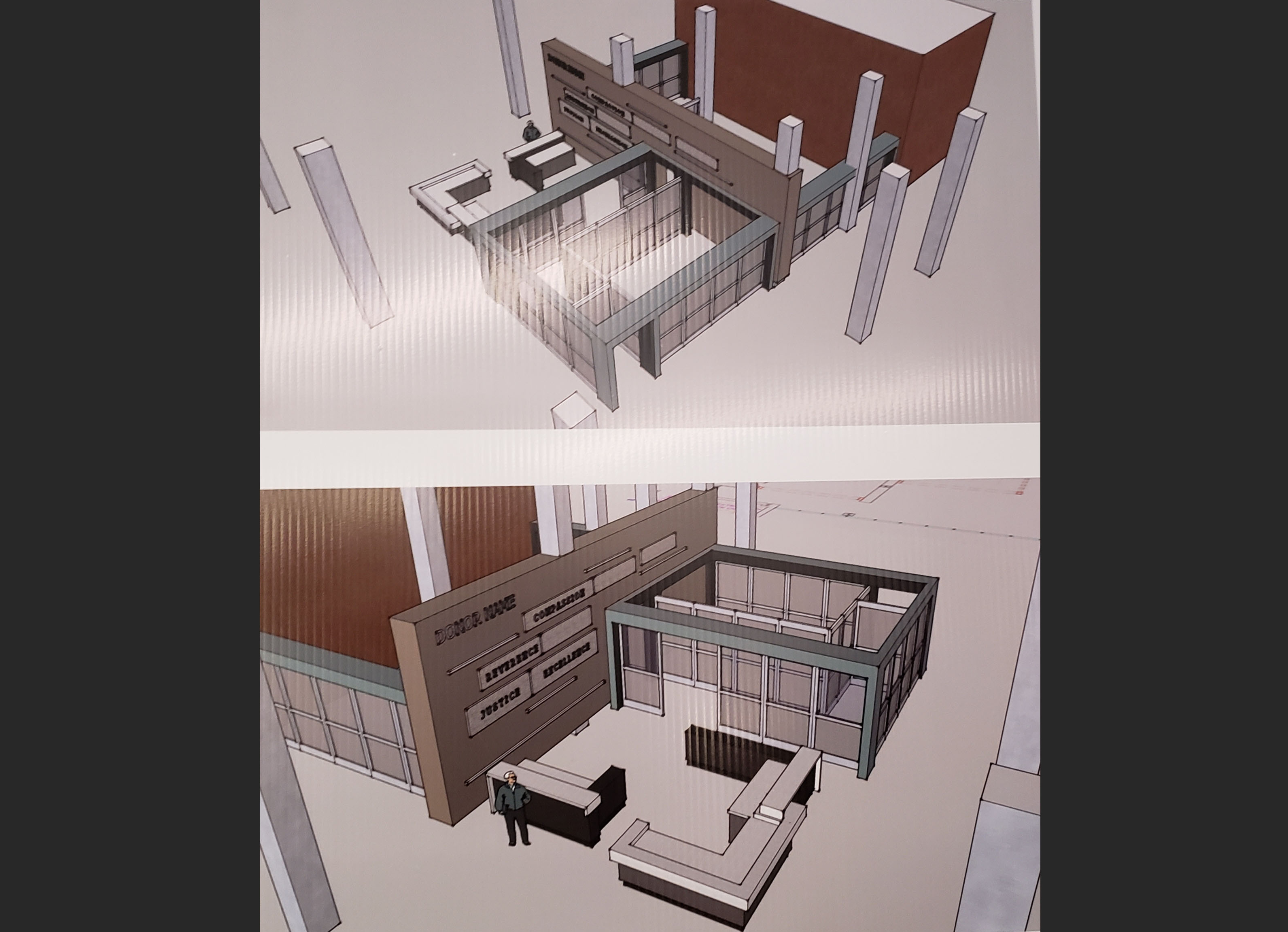 Bruce Trzepacz, emergency department manager for Mercy Hospital, said there are some drawbacks to patient service with the current physical structure of the department.

"The way it's set up is within a much older mindset, the traditional style where patients waited in the waiting room, went to a triage nurse, and then finally saw a doctor," Trzepacz explained, during a tour of the roughly 6,400-square-foot space.

"Now we're trying to speed up that traditional triage process by a quick look, and then move (the patients) to an area where they can see a provider right away," he added.

Trzepacz noted that there's a large wall separating the waiting room from some of the treatment areas.

As part of the renovation, portions of that wall will be removed for easier access to the treatment areas to the rear of the wall.

The new design will enhance efficiency and provide more comfort and privacy for emergency room patients, he said.

"Any time you can increase the privacy, it's better for the patients to give them as much dignity and respect as you possibly can," Trzepacz said.

Bratko said that not only will the design add additional patient-care areas, but include a larger, more private space for those patients who are waiting to be seen by a healthcare professional.

"We will add private triage for those arriving via ambulance, and we will designate two beds specifically for pediatric patients. All of these enhancements are huge in their own right," Bratko said.