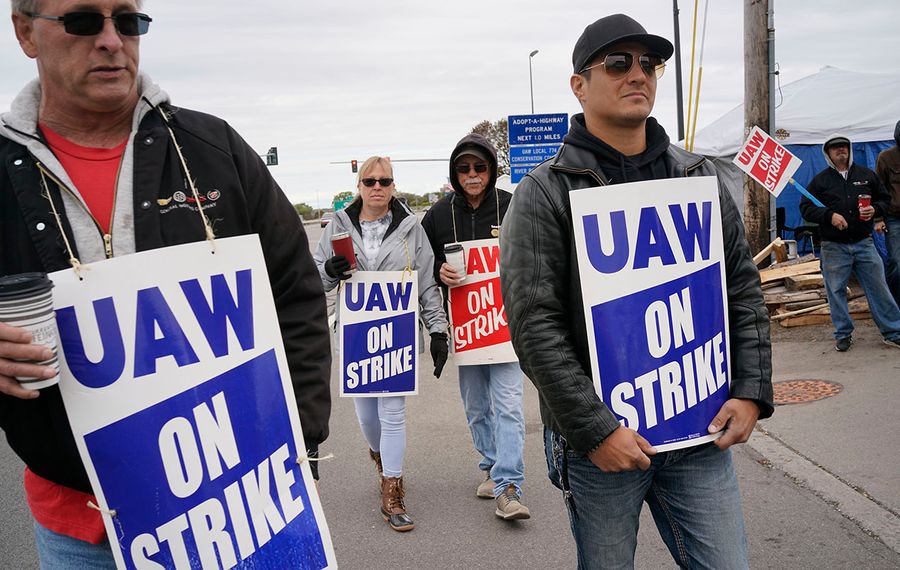 While the region’s job growth slowed to just 0.4% during October, that slowdown was caused by the five-week strike at local General Motors plants that idled about 3,000 workers and meant that those positions weren’t counted in last month’s job numbers, released Thursday by the State Labor Department.

If October’s numbers are adjusted to exclude the effect of the GM strike, then local job growth ran around 0.9%, which is within the range of job growth since June.

In another encouraging sign, the Labor Department made a major upward revision to September’s job numbers, doubling the pace of growth that month from the 0.5% increase initially reported to just under 1%. The revision, based on more detailed information provided by employers, led to about 1,800 additional leisure and hospitality jobs being added to the month’s job numbers.

Overall, the region added 2,300 jobs over the past year, even with the impact from the GM strike.

So far this year, the region has been adding an average of around 3,200 jobs each month, which is more than at this time during the past two years and is in line with the pace of growth in 2016, said Timothy Glass, the Labor Department’s regional economist in Buffalo.

“We’re seeing the GM strike,” Glass said, “but we’re ahead of where we’ve been for the last two years.”

Financial services, along with the education and health services sector, were the hot spots in the local job market during October. But the GM strike took a big toll on manufacturing employment locally, leading to a nearly 7% plunge in factory jobs that will be reversed in November now that the striking workers are back on the job.

The subdued job growth across the Buffalo Niagara region during October was less than half the pace of hiring across the United States and statewide. That continued a long trend of subpar job growth – not once topping 1% annually – during the lengthy economic expansion. Hiring locally was tied with Glens Falls as the 11th fastest among the state’s 15 metro areas.

The rural portions of Western New York continue to struggle with adding jobs, although October was one of the better months for hiring in the outlying counties. The rural counties can have volatile changes in job numbers from month to month, but they largely have failed to keep up with the growth in the Buffalo Niagara market or the even faster hiring across the nation. The bright spot last month was Allegany County, which added jobs at a 2% pace.