There are people – good, well-meaning people, friends of mine – who say there’s no such thing as bad barbecue. We’re still friends because we can always settle our differences – with tacos, wings or Chinese regional specialties. Not barbecue, though.

Once I began investing 12 to 16 hours babysitting pork butts as they crust up in the smoke, softening to sweetness as they ascend to hickory-perfumed heaven, lesser stuff is insulting.

Artificially flavored high-fructose corn syrup full of meat steamed to threads is a plate of sadness. Barbecue requires wood smoke, and a low, slow fire. Its musky cologne of hardwood and pork fat can tempt a whole neighborhood if the wind is right. If you don’t smell smoke in the parking lot of a new barbecue joint, get back in the car and keep driving.

When we arrived at When Pigs Fly in Westfield on a fine fall day, the breeze was blowing out toward Lake Erie, but there was no way to miss the perfumed plume from the steel cabinet beside the building. 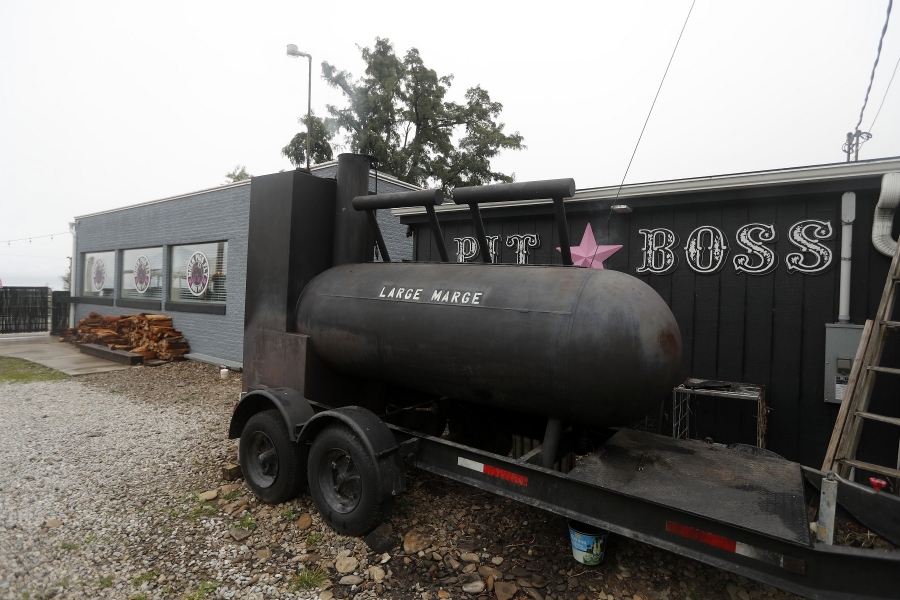 Dave Zimmerman has been running the lakefront restaurant for 12 years, the last four as a barbecue place. Its volleyball nets and beach access are their own draws in season. During the winter, the schedule shrinks to Friday through Sunday.

But the meat’s the draw. Zimmerman uses cherry, maple and hickory, for a touch fruitier smoke than the more peppery hickory-oak standards. 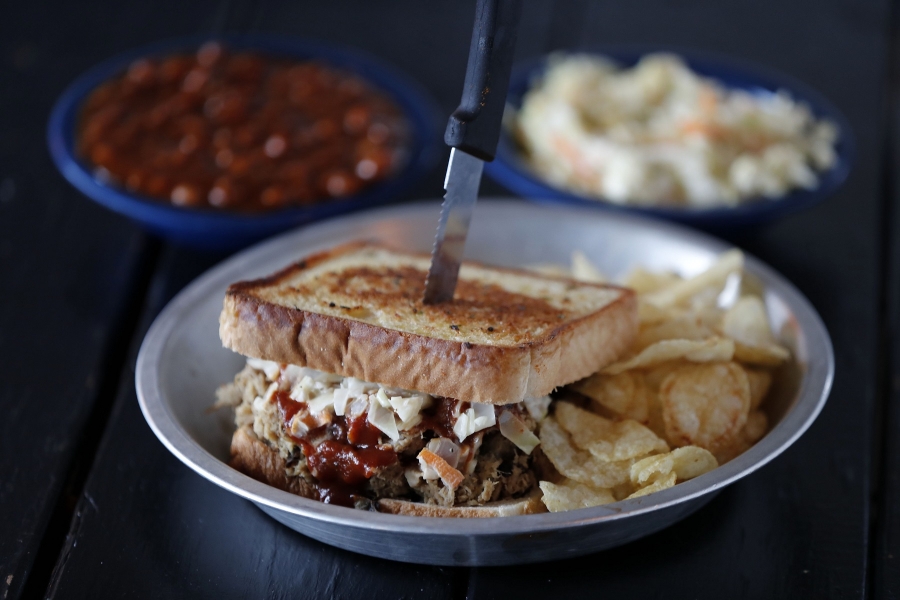 If you’re a meathead like me, you can ask the server if you can negotiate for a smaller serving of each. After consultation with the kitchen, my wish came true for the princely sum of $46. 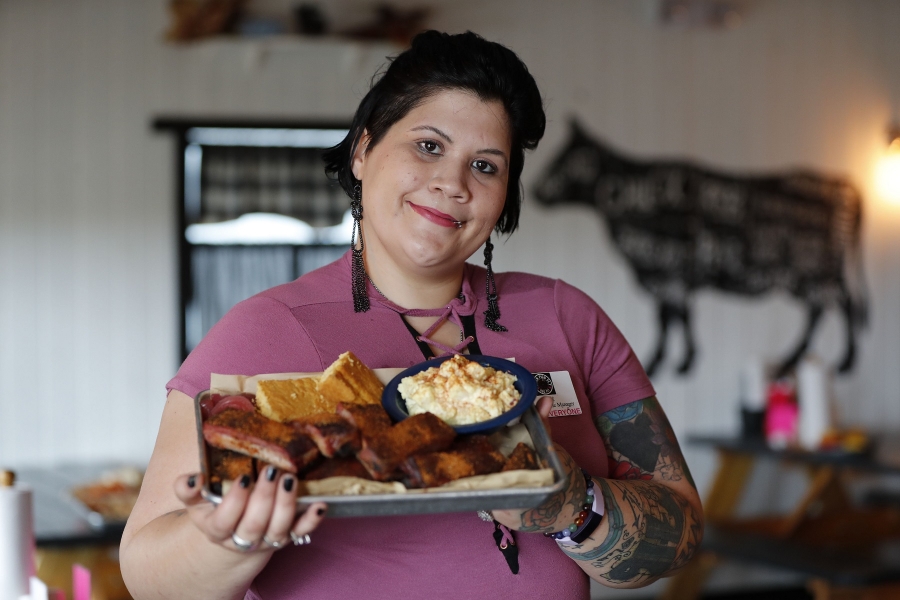 Kat with a full rack of ribs at When Pigs Fly in Westfield. (Mark Mulville/Buffalo News)

When the tray arrived – loaded with meat and side dishes – I goggled at its generosity. It was an ad hoc special whose price point could change, but that was one splendid table.

The ribs were peppery-barked but the right kind of tender, sweet pork coming clean off the bone with each bite. The brisket – so often the Achilles heel of barbecue lineups – was pleasantly moist and sparked with a sprinkle of barbecue rub.

Pulled pork was a smoky pile of tenderness, getting its flavor and aroma primarily from natural barbecue action, not just sauce. Kielbasa, garlicky and smoky already, got glossed and gently crisped before presentation. 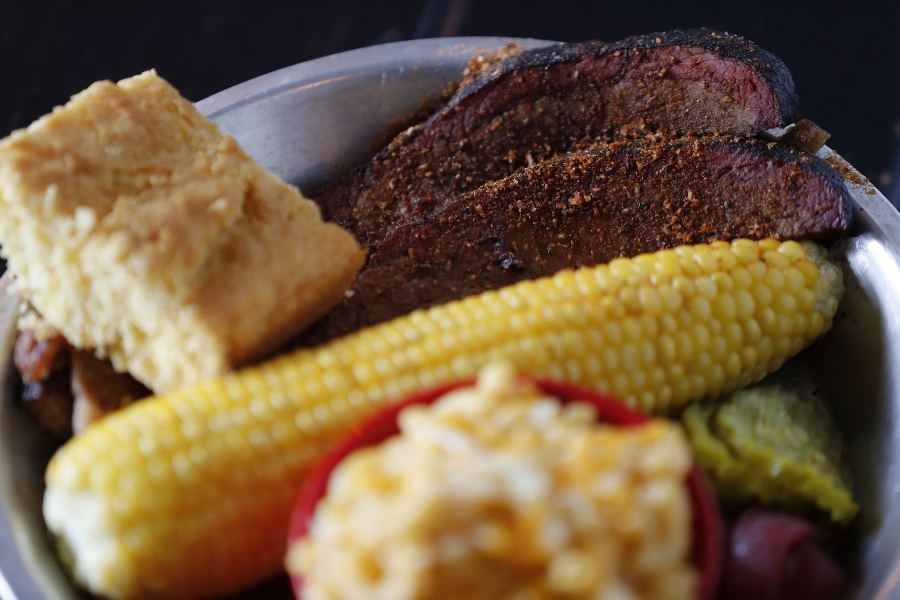 Beef Brisket plate (que for one) at When Pigs Fly in Westfield. (Mark Mulville/Buffalo News)

My most important measurement was met: At no point did my hands creep toward the sauce bottle. If your barbecue can’t make me fall in love without makeup, it will always be an also-ran.

Pulled chicken could have used more smoke, and the texture of the shaved beef tended toward crumbly.

But the maple-glazed and sliced smoked turkey breast ended the survey on a strong note, each worthy of their own center-of-the plate attention.

Grandma Z’s potato salad, moderately mayonnaised, livened with pickle and red onion and a splash of paprika, was pitch perfect. Cowboy caviar is what When Pigs Fly calls its baked beans, fortified with chopped leftover barbecue, so sticky-smoky it could be used as barbecue jam. 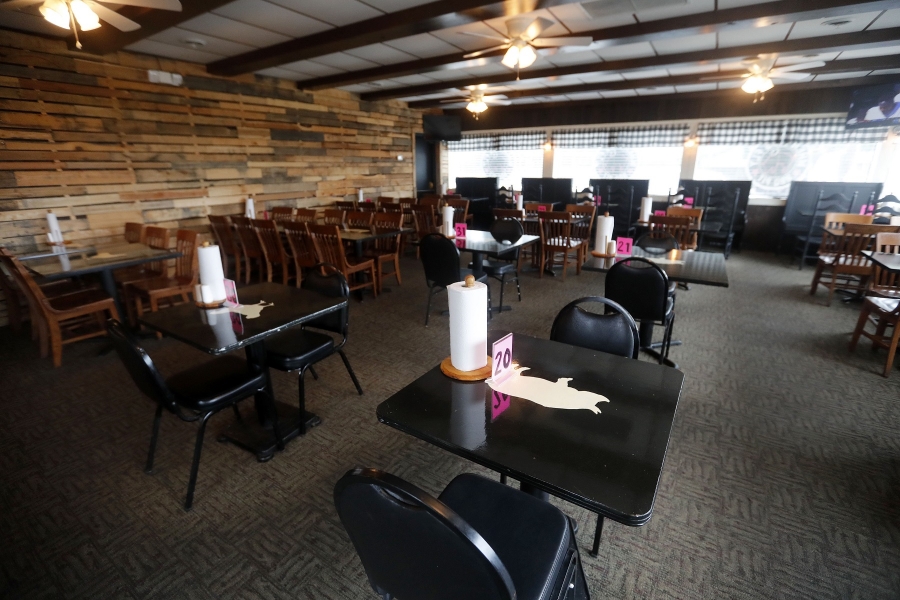 The dining room at When Pigs Fly. (Mark Mulville/Buffalo News)

Housemade bread and butter pickles and red onions added homey tang to the proceedings. Cornbread is from the cake school, sweet and almost moist as angel’s food.

Wings ($9.99) are smoked before being crisped up in the fryer and tossed in one of four sauces (a Buffalo-ish version and three barbecue sauces). 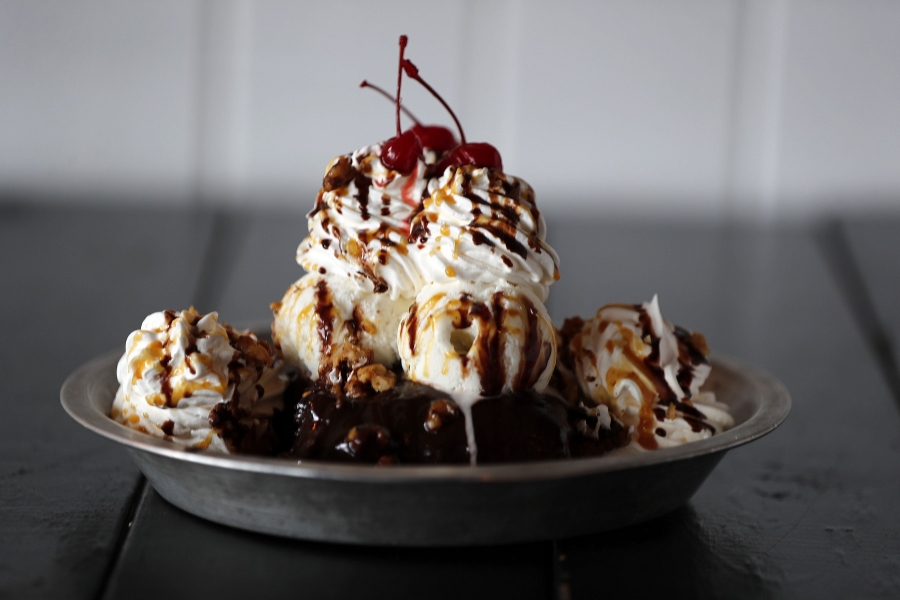 Vegetarians should note their menu choices end at fries, salads and corn fritters ($6.99) drizzled with honey, and served with maple-mustard sauce. It’s a barbecue place, after all.

You can certainly find hefty hamburgers and adequate chicken wings within an hour’s drive of Westfield. You might even find crockpot pork suffused with artificial flavoring.

But you won’t find better barbecue than When Pigs Fly. Carne diem. 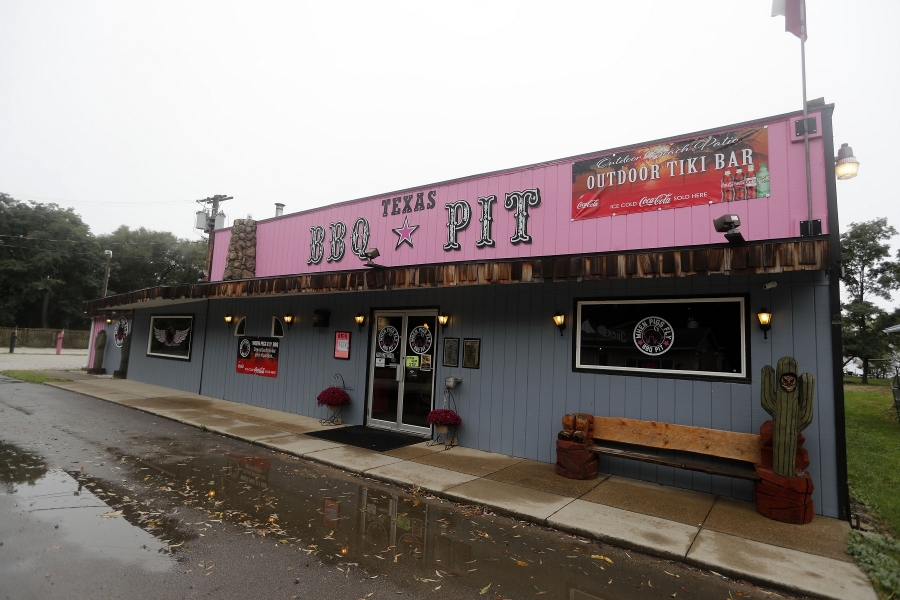