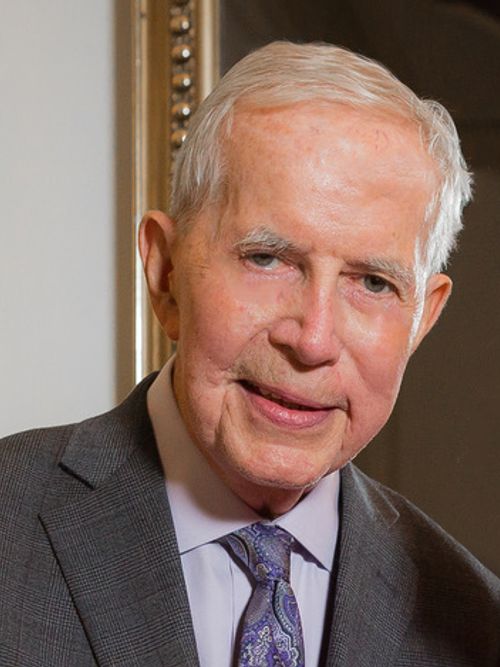 Richard R. Stenclik, who built an industrial design firm that he founded into an international staffing and recruitment company, died Nov. 9 in his Buffalo home. He was 88.

Born in Buffalo, he grew up in Kaisertown and was a graduate of Buffalo Technical High School, where he learned drafting and tool design.

After attending the University of Buffalo, he worked as a tool designer for various companies, then set up a drafting table at home and started his own drafting and tool design firm, Superior Design Co., in 1957. Before long, he had an office opposite the Chevrolet plant on East Delavan Avenue.

“He was a master salesperson,” his daughter, Lynne Marie Finn, said. “He began providing designers, engineers and other technical people to companies locally at first – then throughout the region, nationally and internationally over the years."

As Superior Group, it grew to offer other business and professional services. Now known as Aleron, it has operations in 12 countries and 35 cities across the United States, with several affiliates, including Acara Solutions, Broadleaf Results, Lume Strategies and Viaduct.

He remained active in the company until about five years ago.

His son, Scott, is CEO of Acara Solutions and his daughter, Lynne Marie, is CEO of Broadleaf Results.

“Our father was a true entrepreneur,” his daughter said. “The best thing about his entrepreneurial spirit was that he shared his enthusiasm, energy and dreams with everyone around him. He made you feel excited about it.”

An Amherst resident for many years, Mr. Stenclik was an avid skier, boater and golfer.

A supporter of the arts, he and his wife attended Saturday evening Buffalo Philharmonic Orchestra concerts for decades. The orchestra, along with other cultural and educational organizations, benefited from their philanthropy.

Survivors include another son, Eric; a sister, Irene Stanley; and five grandchildren.

Services will be held at 11 a.m. Saturday in Trinity Episcopal Church, 371 Delaware Ave.