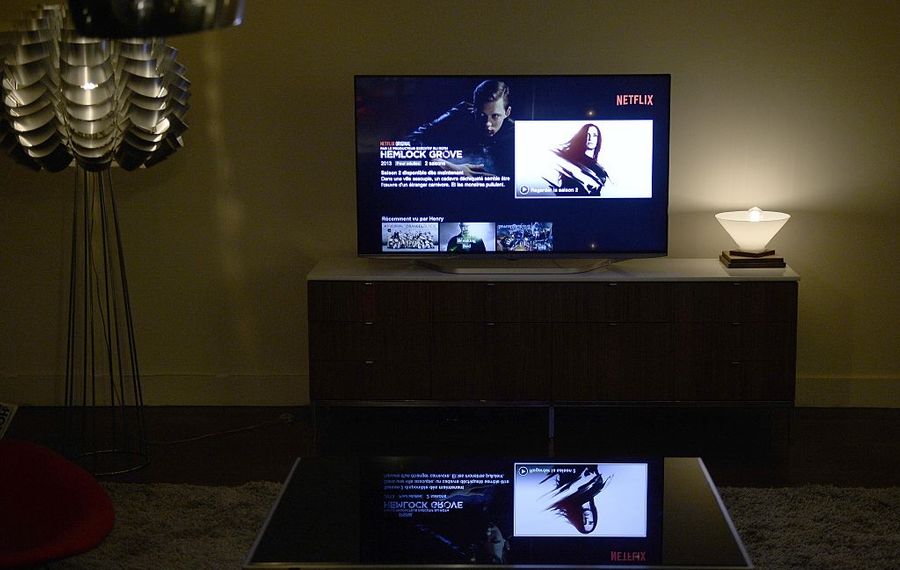 Chances are, you've cut the cable cord and moved to a streaming device, as 59% of New Yorkers have, according to consulting firm WestMonroe.

Feels good to be (sort of) free from the cable company you hate so much, right? (You are probably still shackled to its internet.) But now comes your next challenge: choosing a streaming service from among the roughly 20 bazillion (and growing) available.

Streaming used to be so simple. We had Netflix, Netflix had all the good stuff, and all was right with the world.

But now, Netflix has a lot more competition. That competition is fighting for the best TV shows and movies, and many are trying to stand out by offering original programming.

That makes it more difficult (and more expensive) for a single streaming site to secure as much of the content subscribers are looking for. The good stuff is spread around among the many streaming apps that are out there, making it difficult to choose the one that's right for us, or leaving us subscribing to several different apps at once.

And it's getting worse (or better, depending on where you're standing). Three major names have entered or are about to enter the market: Disney+, Apple TV and HBO Max.

HBO Max, for example, will be a juggernaut with a huge library of sought-after movies and TV shows, including everything under the WarnerMedia umbrella. That includes new and existing original content from CNN, Cartoon Network, Warner Bros. and – anime nerds rejoice – Studio Ghibli. That means those movies and TV shows likely won't be available from companies such as Netflix, but Netflix will still have those original shows you got hooked on, such as "Stranger Things" and "Black Mirror," plus other smash hits that will inevitably come.

How are you going to choose? Will you end up subscribing to so many services that your bill creeps up to Spectrum Cable-level heights? Here's a look at some of the top choices streamers have.

Disney+ ($6.99 per month, or $69.99 for the year. Free for some Verizon subscribers.) Launched to much fanfare Tuesday, it gives ad-free access to the massive libraries of Disney, Pixar and Fox. It includes the Marvel and "Star Wars" movies, as well as National Geographic and Disney Channel programming. Big-budget original content is in the works.

You can also bundle Disney+ with ESPN+ and Hulu for $12.99 per month. But you can probably expect a price hike once Disney+ gets established: that's a lot of top-shelf content, and Disney is known for charging premium prices.

Existing Verizon Wireless customers on the Unlimited plan or higher are eligible for a free year of Disney+. Unfortunately, only new FiOS and 5G Home Internet customers are eligible for the free year. The deal is not available to business or prepaid customers.

You can create seven user accounts and watch on four screens simultaneously.

HBO Max ($14.99 per month, free to HBO Now subscribers billed directly by HBO.) Launching in May, you'll get HBO's library of excellent content along with new and existing content from brands under AT&T Time Warner (WarnerMedia). It will also have "highlight" categories that are curated by humans, allowing users to browse titles more effectively.

You can screen it on three screens simultaneously.

Apple TV+ ($4.99 per month, or one year free with the purchase of an iPhone, iPad, Apple TV, Mac or iPod touch. One-week trial.) It's poised to be a big player in the streaming game, but its offering is paltry right now. Its content library is small, but Apple TV+ has original content in development from the likes of Steven Spielberg and Oprah Winfrey. Add-on network subscriptions are also available through its TV channels.

Content is ad-free and can be downloaded to watch offline. Accounts can have multiple users, but you can only use one account at a time. A price hike will probably come once Apple TV+ builds a better library.

ESPN+ ($4.99 per month) PCMag rated it "Good," but said it is more of a complement to than a replacement for the channel. You'll get access to ESPN's archives and some live sports, but you won't get most of ESPN's most popular programming ("SportsCenter," for example) and it doesn't offer live NFL or NBA coverage. Most importantly, you won't get live Bills or Sabres games. My brother loves it for boxing though so, if you're a fan, that's a ringing endorsement. You can watch up to three streams simultaneously.

Netflix (starting at $8.99 a month, free to some T-Mobile subscribers) You're probably already hooked on Netflix. It has no ads and lots of great original content. But Netflix categorizes content poorly (making it hard to find what you want) and there are almost no good classic movies to choose from. Even more annoying, its searchability should be much better considering Netflix was the first in the game. Why does "Peaky Blinders" come up when I search " '80s comedies"? Why do I get "Friends" when I search for Martin Scorsese? When I search "Bette Davis," why do I get a Sam Kinison documentary? What in the world?

If Netflix loses its best licensed content, users may resort to signing up for one or two months at a time and cancelling once they've binged their favorite Netflix series. That could lead to a change of its user terms or even – shudder – contracts.

Consumers on Magenta Plans will get free Netflix Basic ($8.99), which lets you use on one screen at a time in standard definition and download videos on one device. Those on Magenta Plus and T-Mobile One Plus plans get free Netflix Standard (usually $12.99 per month) which lets you watch on two screens simultaneously in high definition, with the ability to download content on two devices. T-Mobile One customers can get Netflix Standard for $2.

You must have two or more phone lines to be eligible.

You can install the app on as many devices as you want. In addition to the Basic and Standard plans, you can stream four devices in HD simultaneously for $15.99 per month.

Hulu (starting at $5.99 per month; Hulu + Live TV, $44.99; free one-month trial) Hulu is a good value. It covers lots of great TV shows, cloud DVR and access from almost every streaming device. But its original programming is not that great. Worse: there are a ton of commercials, and they're unskippable unless you pay more for a commercial-free plan.

You can register as many devices as you want, and you'll get two simultaneous streams. If you have Hulu + Live TV, you can add unlimited screens for an additional fee.

Amazon Prime Video (free for prime members or $8.99 per month, Amazon Prime offers a free 30-day trial) PCMag ranked this one best for bargain hunters. There's a good – but not great – assortment of included content. You can also rent or buy extra videos, and it has 4D, HDR and offline capabilities.

On the downside, it's not possible to rent or buy content on an iOS device, probably because Apple takes a 30% cut on in-app purchases. And, for all of Amazon's magic algorithms and predictive analytics, its search function and discoverability are awful. You can screen simultaneously on two devices at a time, but there's no limit to how many devices you can register.

Sling TV (starting at $25 per month, 40% off the first month, free Roku Express or AirTV Mini when you subscribe and prepay for the first two months) Rated "Good" by PCMag, it's a reliable and inexpensive way to replace traditional cable. But you'll lose out on local programming and the interface is clunky. You can only use one stream at a time, but can add more with higher packages.

YouTubeTV ($49.99 per month, free one-week trial) Gets good marks for sports, news and entertainment channels. Beginning cord cutters will like it because it's similar to traditional cable. It has unlimited DVR. You can make up to six accounts for family members.

FuboTV (starting at $54.99 per month, free one-week trial) This is popular among sports fans. The biggie here is that you can use it to watch most Sabres and Bills games live. It has both on-demand content and DVR. On the flip side, did you see that price tag? You can stream simultaneously on two screens, and add more screens at an additional cost.

CBS All Access (starting at $5.99 per month, free one-week trial) You'll get live access to CBS TV shows, sports and local news for a manageable price. I started subscribing to this over the summer so I could watch "Big Brother" (don't judge me!) and kept it because of its deep show archives. You can watch every episode of Big Brother – going back 20 years – on demand, along with the entire original "Star Trek" series and every version of "NCIS." It only offers about 30 movies, though. It doesn't support 4K or HDR content. You can stream two screens simultaneously.

Philo ($20 per month, free one-week trial) You won't get any local channels or sports, and hardly any news. But its 58-channel makeup, which includes a good mix of entertainment and lifestyle offerings, is similar to traditional cable, making for a reasonably priced alternative. As with cable, though, you still have to pick a channel package. Unlimited DVR is available, but shows are only stored for 30 days. It supports three simultaneous streams.