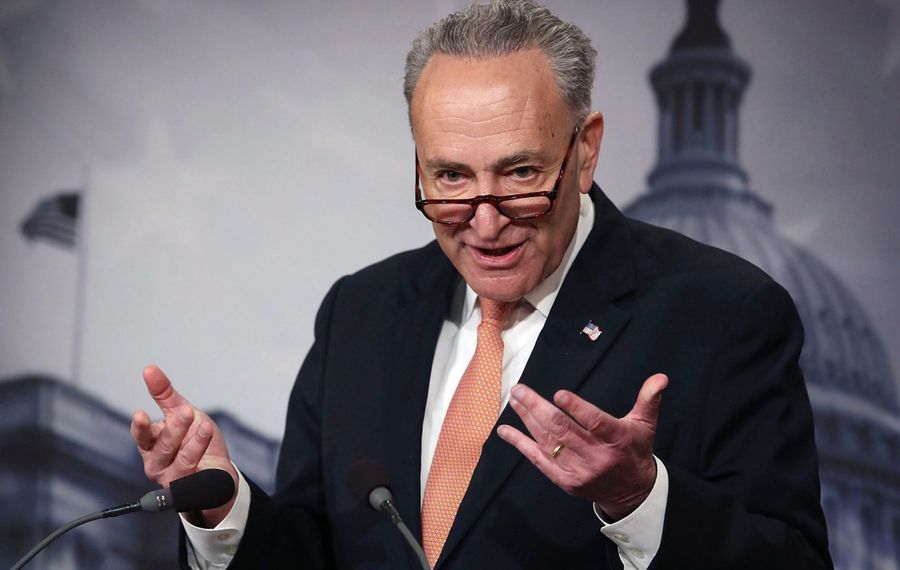 WASHINGTON – Senate Minority Leader Charles E. Schumer Tuesday took to the Senate floor to cite the story of a veteran from Perrysburg as an example of why the Trump administration ought to expand federal benefits to more vets exposed to the deadly defoliant Agent Orange during the Vietnam War.

A day after The Buffalo News profiled Dick Gabel, who is suffering from leukemia, Schumer mentioned him while arguing that the Trump administration should expand the number of diseases that qualify for federal benefits connected with Agent Orange exposure. Leukemia is one of 14 diseases for which veterans qualify for such benefits, but the Trump administration has opposed expanding the list to include other conditions that scientists have linked to Agent Orange.

"There are likely thousands and thousands of veterans in New York like Dick, who are fighting illnesses directly linked to Agent Orange and their military service in Vietnam," Schumer, a New York Democrat, said. "But because they got the wrong disease, the Trump administration is blocking their health benefits."

The Military Times reported last month that based on scientific research, former Veterans Secretary David Shulkin decided in 2017 that veterans suffering from bladder cancer, Parkinson’s-like symptoms and hypothyroidism should also be eligible for Agent Orange benefits.

The move would have made 83,000 additional veterans eligible for disability benefits. But Mick Mulvaney, then director of the Office of Management and Budget and now President Trump's acting chief of staff, objected.

Based on emails obtained by a veteran under the Freedom of Information Act, the Military Times story indicated that Mulvaney worried about the cost of expanding the Agent Orange benefit program and the effect of any expansion on existing veterans disability benefits. In addition, the Military Times said Mulvaney had doubts about the scientific evidence behind the proposed benefits expansion.

None of those notions impressed Schumer.

Vietnam War didn't end for Perrysburg soldier after he was shot