When Dick Gabel talked to first graders on past Veterans Days, he always tried to get across to them that war is terrible.

It's something he knows firsthand.

Gabel, 71, a Perrysburg town councilman for 41 years and Perrysburg volunteer firefighter for more than 50 years, kept the bullet that a sniper shot him with 50 years ago in Vietnam during a battle that killed his two best friends.

"There is nothing good about war," he said. "People today don't realize that, I don't think."

When he speaks with the Gowanda Elementary School children, he tells them, "Talk to your friends, don't fight with your friends."

Gabel was 19 in 1968 when he was drafted into the Army. He remembers the day he came home from work and his mother had made his favorite dinner, roast beef. But she had a long face as she told him, "There's a letter for you." She knew it was a draft notice.

He went to Fort Dix, N.J., for basic training and Fort Polk, La., for advanced infantry training. Starting as an infantryman, or "plain old grunt," he said, he became a mortar specialist with Delta Company, 1st Battalion, 35th Infantry, in Pleiku Province.

"Scared? Yeah. You’ve got a job to do, so you stick with it," he said. "There was a lot of scared people there."

In January 1969, his company's mission was to take over Chu Pa Mountain. The unit did not expect a fierce battle with the North Vietnamese on the rugged terrain with heavy tree cover.

"We kind of walked right into a mess of them," he said.

Sixteen American troops, including Gabel's two best friends, Cpl. Jack E. Campbell and Spec. 4 Russel H. Hewit Jr., were killed, as was their captain who had just made major.

Bullets were flying, and one went into the top of Gabel's right leg, and lodged near his knee Jan. 21, which happened to be the day after President Richard Nixon's first inauguration.

Larry Case of Little Valley, who Gabel met in basic training and remained friends with, bandaged his leg. 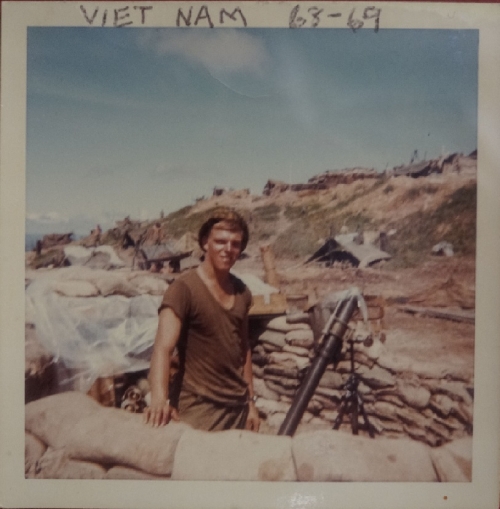 "It took us three days after I got shot to even get out of there," Gabel said.

The company had trouble getting air support, because the jungle vegetation was so thick, the colored smoke grenades used to guide air forces did not float above the trees.

"They couldn't identify us from the air," he said.

They started walking out of the area, soldiers carrying the dead, and Gabel using a rifle as a crutch.

The blast killed four crewmen and the three wounded soldiers.

After the helicopter blew up, Gabel and his fellow soldiers had to quickly leave the area to evade the enemy.

"And so we had to walk some more," Gabel said. "We were told, 'If you can't walk, you're staying, because we aren't waiting. We're moving, we're going to go now.' "

They left the dead behind, to be recovered later.

"It's hard for any soldier that’s been there to talk about it," Gabel said, with tears in his eyes. "You lose friends."

On the third day of walking with a bullet in his leg, he was evacuated by helicopter to the hospital at Pleiku. After surgery, he found the bullet taped to his chest – he had told the doctor he wanted to save it.

He was sent to Japan to recuperate, where he thought he would get his ticket home. But he didn't.

"In a month's time, I was back in Vietnam again, and finished my tour in Vietnam," he said.

Back in the jungle, he got gangrene in his injured leg. He was sent to a base camp in Pleiku, where he recovered and was on lighter duty until the end of his tour.

He left Vietnam in October 1969, and served his final six months in the Army at Fort Dix, teaching the next class of infantry and mortar specialists. 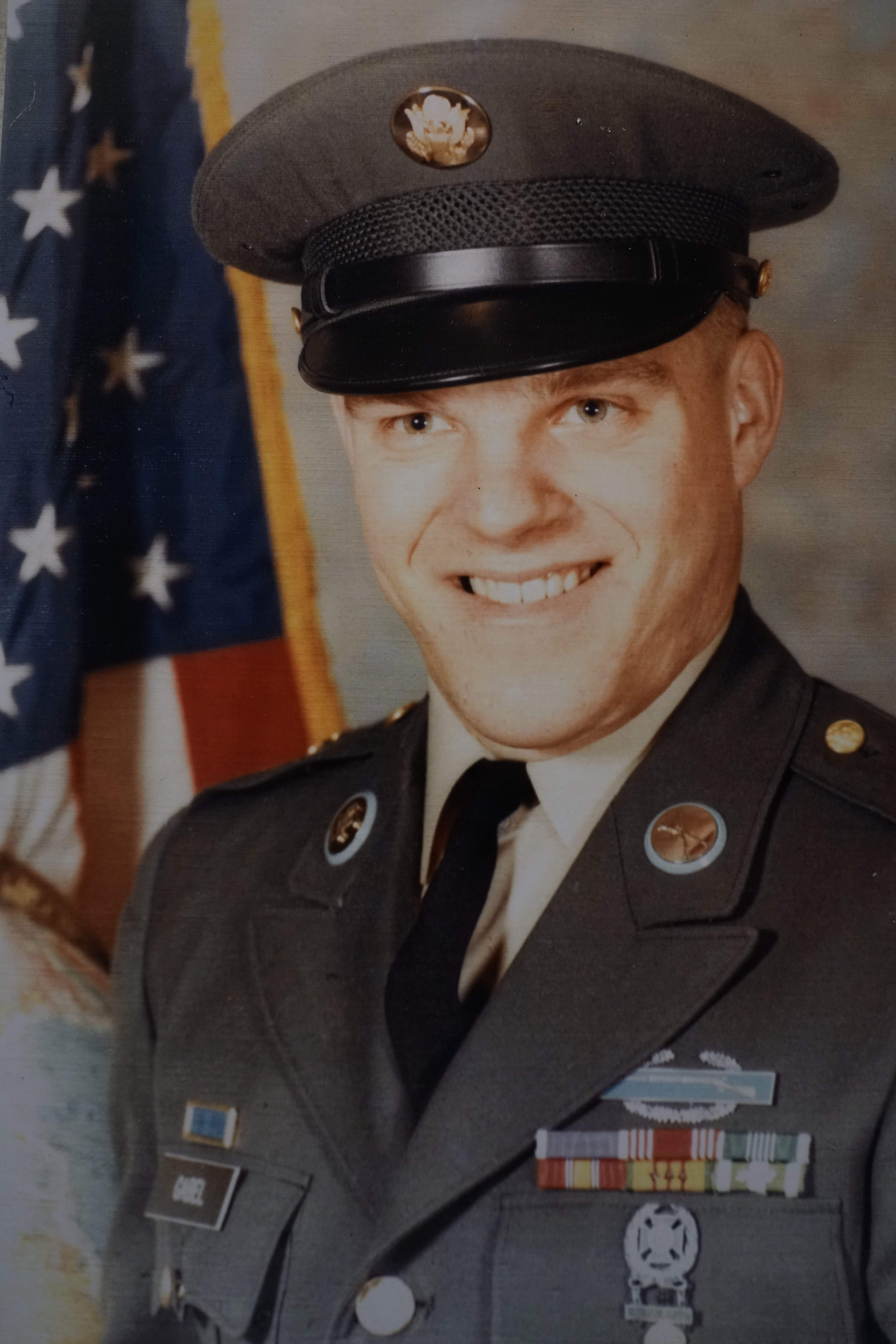 After his discharge, Gabel returned to his job with National Fuel, from where he eventually retired as a corrosion specialist after 38 years. He continued with the fire company, and was elected to the Town Board.

Retired first grade teacher Maria Steuernagel credits Gabel, a member of the American Legion and Veterans of Foreign Wars, with helping to institute a more meaningful Veterans Day observance in Gowanda schools. Gabel put the word out to the service organizations that the elementary school would like to honor them. A few veterans showed up the first year. By the 10th year, 75 veterans were attending the event, he said.

Children line the halls, waving flags as the veterans walk into the school, and programs in the gym usually include patriotic songs, recognition of the veterans and cookies and punch, he said.

Gabel also was a volunteer in Steuernagel's class for more than 10 years, even volunteering during peak holiday seasons. He read with the children, he moved from station to station and would play games with them, Steuernagel said.

"His experience in Vietnam prepared him for volunteering in a first grade class on Halloween," she joked.

Gabel showed the schoolchildren his Purple Heart, and patiently answered their questions about war: What did you wear? What did you eat? Where did you sleep?

"I can remember sleeping standing up, pouring rain and in a poncho," he recalled.

But there are some stories that are too raw to tell, and while he doesn't usually speak about them, he never forgets.

His friend Hewit was from Seville, Ohio, and Gabel visits his grave every year. Campbell was from Oella, Md., and Gabel wants to go there, too.

"It sucks. We don't talk about it," he said. "I'm not the only person. A lot of veterans are the same way."

In his kitchen in Perrysburg are other reminders of the war. The small black bullet removed from his leg is mounted below his Purple Heart and other medals in a display box, his dog tags draped on one side of the box, and a St. Christopher medal hanging on the other side.

About a year ago, Gabel found out he had leukemia, likely from exposure to Agent Orange, he said. But it hasn't slowed him down too much.

"I believe in serving your community. I believe everyone should do something for the community," he said.