Growing enrollment and a full waiting list at two campuses are prompting the Elmwood Village Charter School to expand its main site on Days Park just west of downtown Buffalo.

The 700-student charter school is proposing a two-story addition to its building at 40 Days Park, with the upper level cantilevering out over the front parking lot. That will add three administrative offices and building support space on the first floor, with three classrooms on the second floor.

The second-floor classrooms, which will be used for music and dance for the entire school, will free up existing classroom space for middle school offerings.

The addition will be constructed on a driveway. The existing parking area and playground will not be affected, and the overhang from the addition will serve as a covered porch for students waiting for pickup. As part of the project, designed by Carmina Wood Morris PC, a new school bus drop-off lane also will be created for four buses to line up, out of street traffic.

Most of the $1.27 million project will be privately funded, aside from "some grant funding" for specific needs such as furnishings and equipment.

The project will be considered by the Buffalo Planning Board on Nov. 18, with a public hearing. If approved, officials hope to start construction by RP Oak Hill Building Co. on the 1.47-acre site in January 2020 and finish by August.

Elmwood Village Charter opened its main campus on Days Park in 2012, after spending $5 million to renovate the building, which was constructed in 1957. The building – which can accommodate 450 students – features a full-size gymnasium, a library and media center, a full-size cafeteria and a playground.

The school also operates a second campus that it opened in September 2017 at 665 Hertel Ave. That building opened with 150 students in grades K-2, with plans to add one grade level per year with 50 students in each, up to eighth grade. 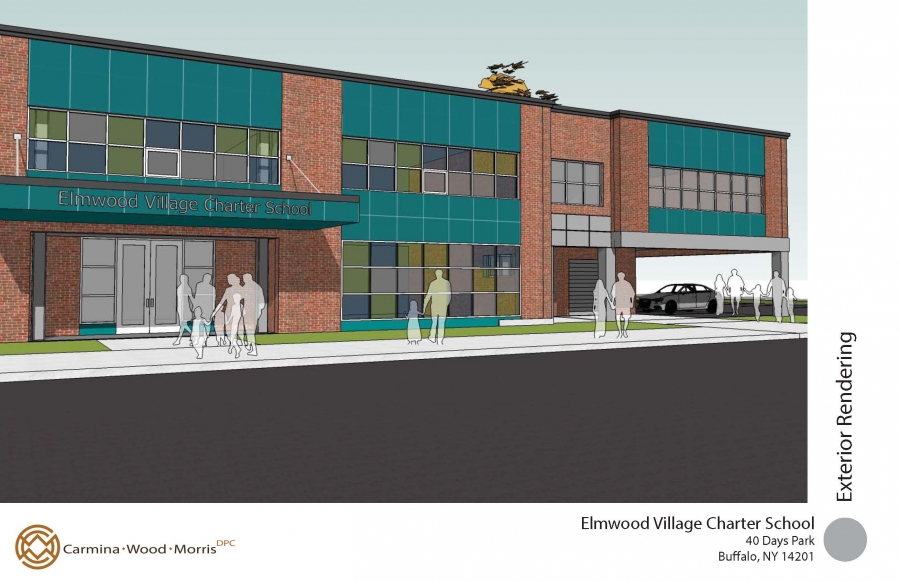 The Planning Board also will consider a request by Ellicott Development Co. to combine 86 and 88 Botsford Place with part of 1941 Elmwood Ave. to create a 3.7-acre parcel. The site would include a 40,000-square-foot one-story retail and warehouse building, now occupied by Hyatt's Art Supplies, plus a 14,000-square-foot one-story commercial building for Person Centered Services.