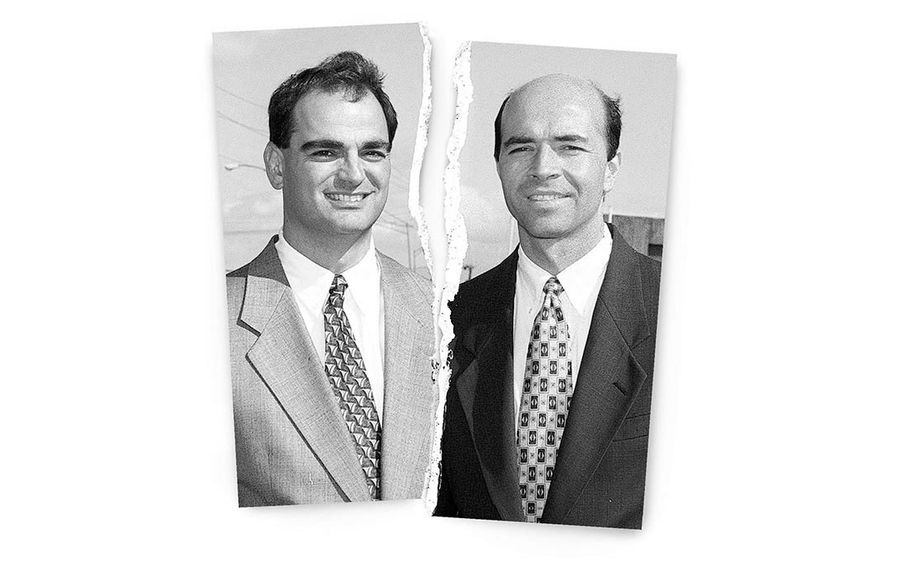 After an ugly court battle that has dragged on for 2 1/2 years, discussions are underway behind the scenes that could lead to a peaceful breakup of millionaire attorneys Ross M. Cellino Jr. and Stephen E. Barnes.

Representatives of the two lawyers in recent weeks have been quietly trying to reach an out-of-court settlement of the Cellino vs. Barnes case in State Supreme Court.

The discussions were confirmed by sources on both sides of the legal dispute. They voiced hopes that an agreement will be reached before Jan. 14, 2020, when the case is scheduled to go to trial before Judge Deborah A. Chimes.

“If these discussions go well, there will be no need for a trial. ... Cellino and Barnes will be broken up into two law firms, one headed by Steve Barnes and another headed by Ross Cellino,” one source who knows both attorneys well told The Buffalo News.

Barnes and Robert J. Schreck, managing attorney for the Buffalo-based firm, both confirmed that representatives of Barnes and Cellino are involved in talks that they hope will result in an out-of-court settlement. Christopher M. Berloth, an attorney who represents Barnes in the litigation, said efforts are being made to "mediate the case."

The talks have been "going on for some time now,” Barnes told The News.

“Both of these gentlemen are discussing what everyone hopes will be an out-of-court resolution,” Schreck said.

Barnes, Schreck and Berloth all declined to comment when asked if the talks will result in the establishment of two separate law firms.

Dividing Cellino & Barnes into two separate firms is exactly what Cellino has been asking for since May 2017, when he filed a legal action seeking the break up the firm.

“Ross has always been open to discussing a resolution of the litigation, but the foundation of that discussion is the recognition and acknowledgement that dissolution is warranted and inevitable,” Cellino’s lead attorney, Terrence M. Connors, told The News on Friday.

Cellino told The News he concurs with Connors and is hopeful the case can be settled in a peaceful way that will allow him and Barnes to go their separate ways.

“I think that cooler heads will prevail and we can work out something that works for everyone,” Cellino said. “Despite all that has been said over the past couple of years, I don’t harbor any ill feelings toward Steve. I believe he also wants to work this out.”

When he filed his lawsuit in 2017 seeking to dissolve the nationally known law firm, Cellino said he could no longer stand to work with Barnes because of disagreements over finances, personnel, advertising and marketing strategies and other issues. According to court papers, Cellino was especially upset when Barnes refused to let the law firm hire one of Cellino’s daughters, a respected Buffalo attorney.

In July 2017, Cellino called the relationship between him and Barnes “toxic” and said it was impossible for the two men to work together.

Barnes responded by accusing Cellino of "reprehensible conduct," including efforts to "pirate" lawyers and cases from the firm with the intention of beginning his own. Both Barnes and Cellino denied any wrongdoing and blamed each other for all the problems.

But Barnes also said he was willing to continue to work with Cellino. He said keeping the business partnership together would benefit him and Cellino, in addition to the law firm’s hundreds of employees and thousands of clients.

Attorneys on both sides of the case agreed that the law firm – despite the dispute – was a financial juggernaut, with both Cellino and Barnes taking home more than $1 million a month in profits.

There was a major development in the state court case in August, when a state appeals court said it agreed with a ruling made in February 2018 by Chimes. At that time, Chimes refused Barnes' request to dismiss Cellino’s lawsuit.

Cellino’s efforts to break up the firm should not be dismissed simply because the firm is making big profits, the appeals court wrote.

“When a point is reached at which the shareholders who are actively conducting the business ... cannot agree, dissolution may be in the best interest of those shareholders,” the appeals court wrote. Cellino and Barnes are the law firm’s only shareholders.

That ruling was a serious blow to Barnes and his supporters, and it led to earnest talks about a possible settlement, sources on both sides of the case said.

Those talks have “really picked up” since the appeals court ruling, said one source closely familiar with the proceedings.

One of the many issues that would have to be negotiated is the question of which attorney gets continued access to the 888-8888 telephone number that prospective clients use to contact the Cellino & Barnes firm. Other issues include how to divide up the firm's more than 10,000 cases and more than 300 employees, including lawyers.

Spurred on by aggressive advertising on television, radio and in newspapers, Cellino & Barnes over the past 25 years has grown from a two-man operation to one of the largest personal injury law firms in the nation.

“That all-8 phone number, in itself, is worth millions,” said one source close to the case.