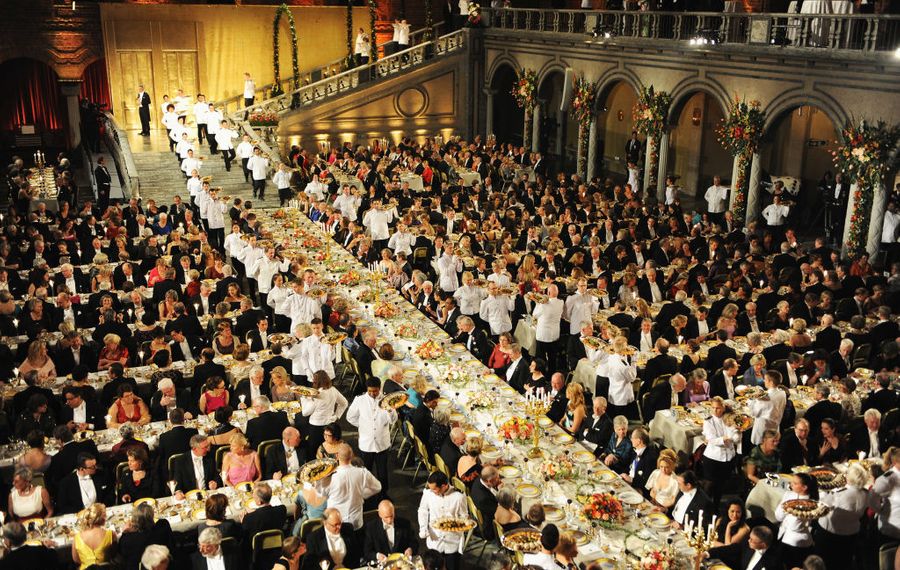 The scene was Stockholm City Hall, a massive building inspired by Italian Renaissance palaces but one that's oddly recent. It was built over a 12-year span (1911-23) by Swedish architect Ragnar Östberg. The staircase is in the Blue Room, where the famous Nobel Banquet takes place each year on December 10 to honor the prize winners honored nearby at the Nobel Museum. You can clearly see the staircase at the top of the photo above and in the video and photo below. 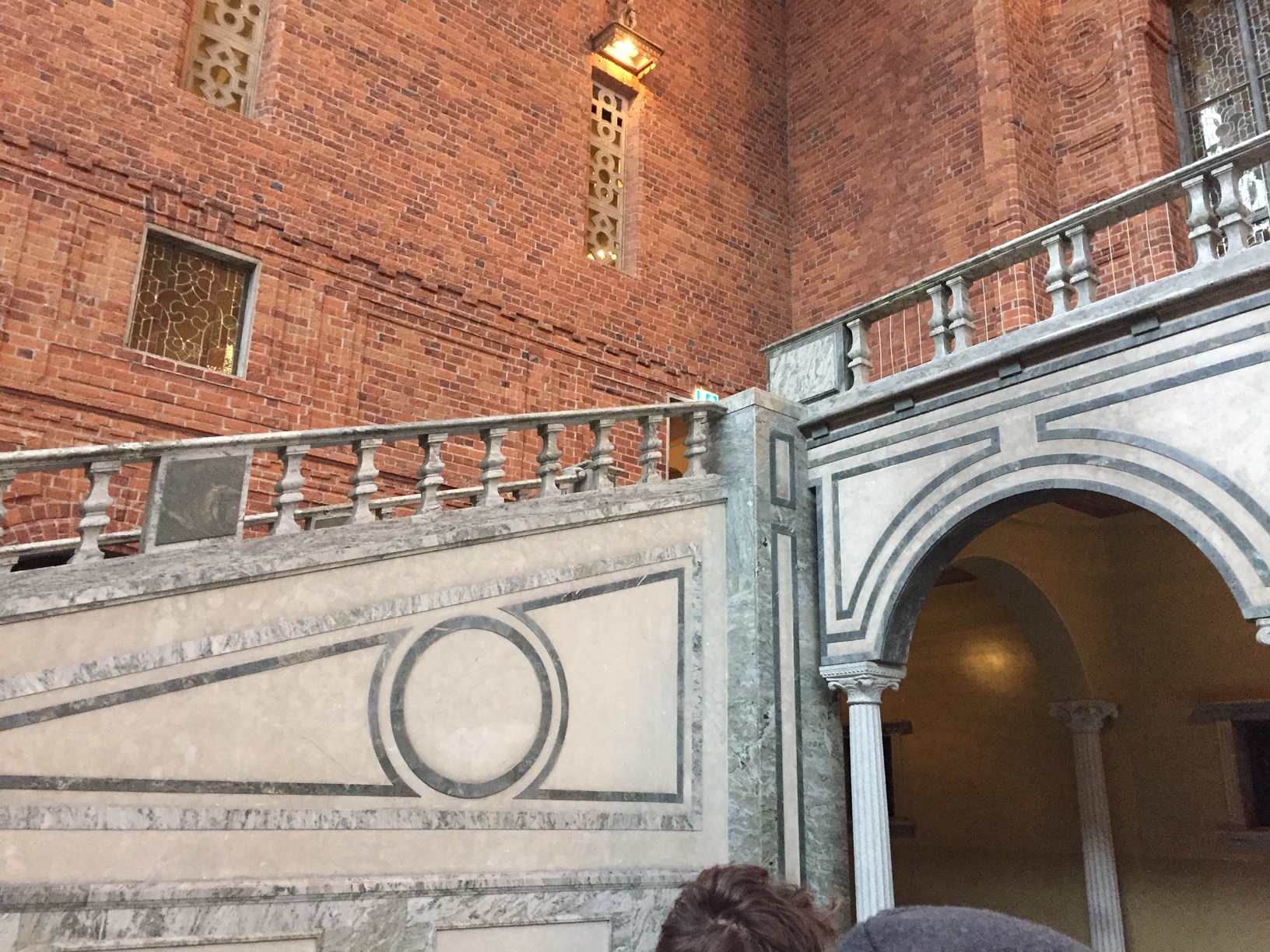 The first thing you notice about the Blue Room is, well, there's nothing blue about it. Lots of marble flooring, red brick and gold walls. Not a speck of blue anywhere. So of course, the tour guide was immediately interrupted with the what's-in-a-name question

The explanation was that it was supposed to be an open-air courtyard to the sky (as the adjoining part is), but that's not going to work half the year due to Stockholm's rainy, snowy weather.

In addition, architects were also going to have the brick work painted blue but opted against that as well because they liked  its natural look. But since there was so much publicity about the construction of the massive hall in the newspapers of the day, the name "Blue Room" was already ingrained in the citizens' minds so it was simply kept.

The pipe organ at its roof is one of Scandinavia's largest, with nearly 10,000 pipes, but it's difficult to play because the huge hall creates a sound delay of several seconds.

The Blue Room at Stockholm City Hall, with nary a speck of blue in it (Mike Harrington/Buffalo News).

The banquet is held in the Blue Room and then the guests, all of whom are decked out in formal attire, retire to the Golden Room for the annual Nobel dance. The Golden Room is sensational for its detail, with mosaics lining the wall depicting the history of Sweden. The Queen of Lake Mälaren sits on a throne on one mosaic looking over the rest of the world. 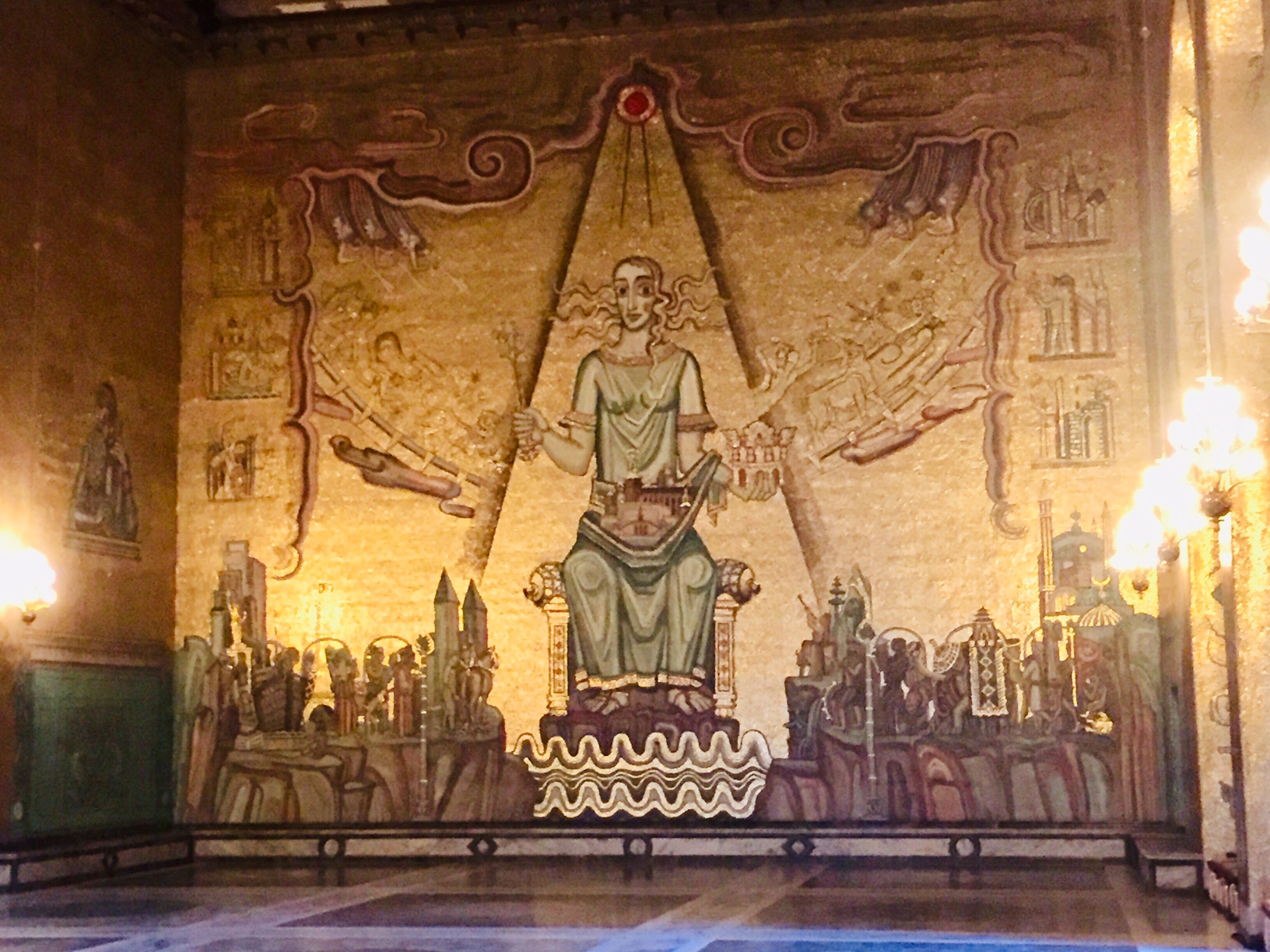 A trip through City Hall is similar to one through the White House, where each room has a specific name and function. While the building does serve as the city's centerpiece for meetings of its council, it's far more known for its function rooms, outdoor courtyard, giant observation tower (which is closed for the winter) and views of the water.

Two highlights: The Oval Room features 17th Century french tapestries and is one of the most popular wedding sites in the city. The Prince's Gallery is a long room that features a view of the lake through windows at one side and a painting of the same scene on the other.

The amazing nugget on the tour? Until this building was constructed -- remember, it only dates to the 1900s -- Stockholm didn't have a city hall. The capital of the country had offices scattered about the city and no central place to conduct business or functions. By the looks of things, they fixed that issue here quite nicely. 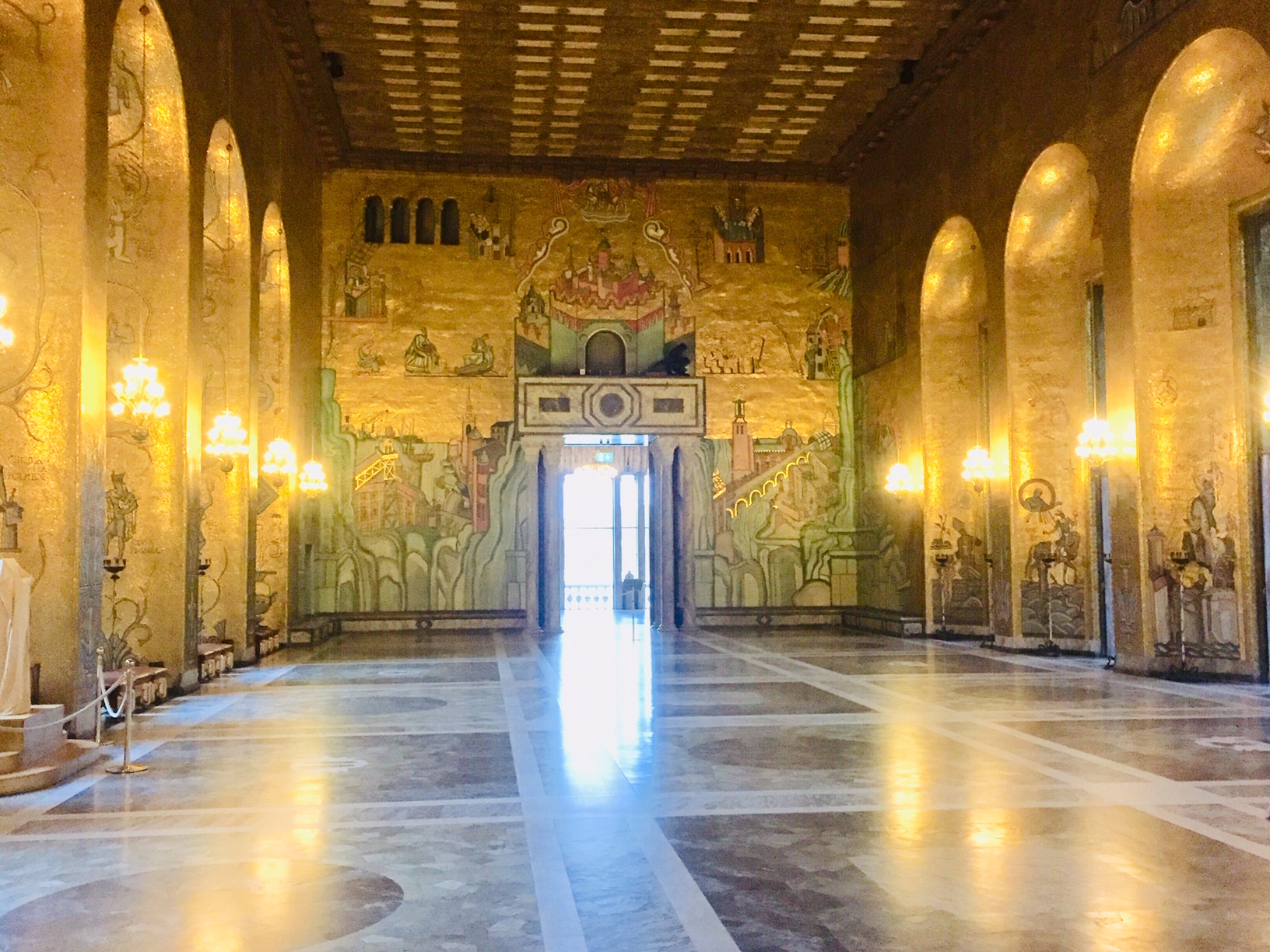