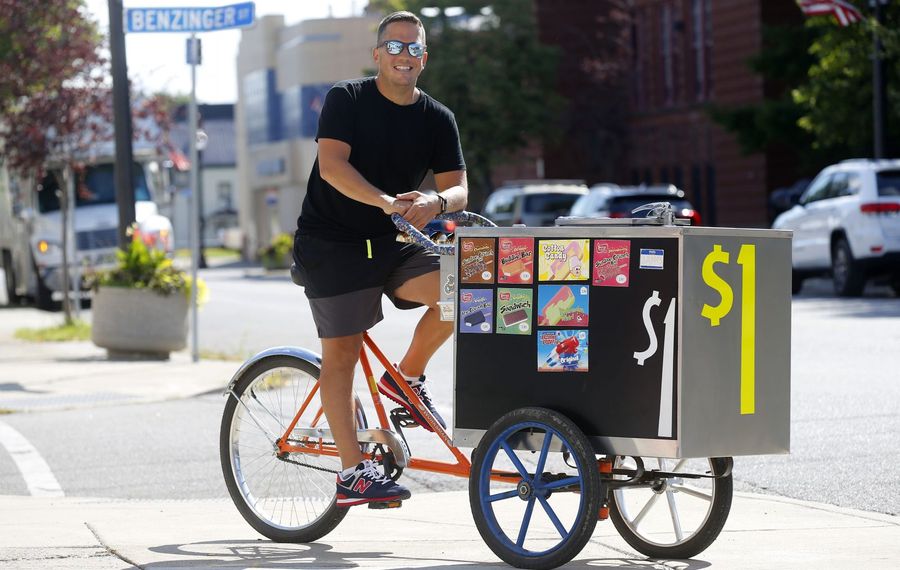 James Karagiannis is trading in his bike shorts for textbooks – for now.

Buffalo's ultimate Good Humor guy, who most recently cycled down every street in the city, got the call from City Hall this week to report to a city school for a job interview.

It could have been a chance for him to return to his roots as a candy salesman; Karagiannis honed his entrepreneurship skills when he was in school, hawking candy bars from his locker.

Karagiannis, as it turned out, apparently nailed his interview for teacher's aide, because he was offered a full-time position at Frederick Law Olmsted School at Kensington.

The location gave this Bennett High School grad some cause for concern, since he branded himself as a "traitor" in agreeing to a job interview at a rival school.

Not that he plans to sell his Ice Creamcycle, or anything.

"I think I might have to bring the ice cream bike back out and get this new block of Lancaster (Avenue)," he posted on Facebook. "I swear it wasn’t open when I last tried!"