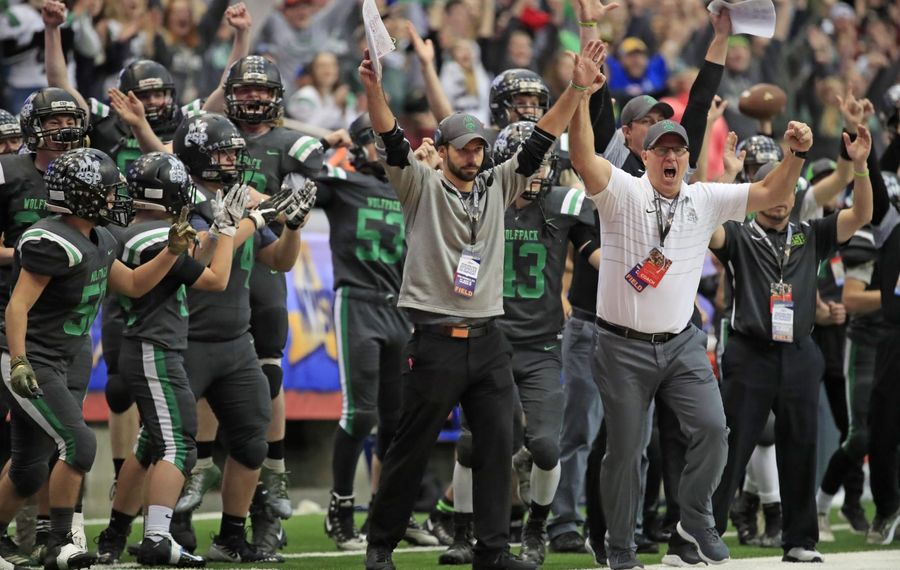 Rankings: Franklinville/Ellicottville is ranked fifth in the Buffalo News Small Schools poll and second in the state. CSP is ranked seventh among News small schools and third in the state.

At New Era Field: Defending state champion Clymer/Sherman/Panama is making its second appearance as a merged program. CSP defeated Maple Grove last season, 35-7. As separate programs, Clymer is 5-1, Sherman 0-1 and Panama 2-2. Franklinville/Ellicottville is 1-3 as a merged program, beating Frewsburg in 2015. The Titans lost in the final in 2014 to Randolph and to Maple Grove in 2016 and 2017. As separate programs, Franklinville won in 1992. Ellicottville/West Valley won Class DD in 2012.

How they got here: CSP defeated Randolph, 42-12, as Zavon Overton caught four passes for 108 yards and two touchdowns and also returned a punt 65 yards for another TD. Cam Barmore caught a touchdown and Connor Cooper rushed for two touchdowns.

Franklinville/Ellicottville defeated Salamanca, 35-0. Logan Frank threw for two touchdowns and ran for another to lead the sixth-year Titans back to the final after spending last year in Class C South.

Pre-snap read: F/E and CSP meet for the second time. The Titans won the teams’ Week Three clash, 24-8, as Frank tossed two touchdown passes to Tyler Clear and rushed for the other.

F/E has steamrolled its foes all season, outscoring them 301-44. The fewest points it scored in a game came against CSP. The Titans’ line is their strength as they have rushed for 2,252 of their total 2,714 yards. Don’t look for the Titans to change their M.O. in the biggest game of the year. Of course, they could still have a trick or two CSP hasn’t seen. The 6-foot-2 Frank has been their workhorse but he’s not their only playmaker. Clear averages 11.6 yards per carry.

CSP returns to the sectional final with several new players, but a lot of familiar faces from last year’s state team – including quarterback Gerrit Hinsdale and receivers Cam Barmore and Zavon Overton. That type of big-game experience can’t be discounted when competing for a championship. Still, the Wolfpack will need to play their best football in order to take out F/E. They need to be tough at the point of attack. If they lose the physicality battle like they did in Week 3, it could be a long day.

What’s next: The champion advances to the state quarterfinal/Far West Regional and will play the Section V champion at 5 p.m. Nov. 15 at SUNY Brockport.