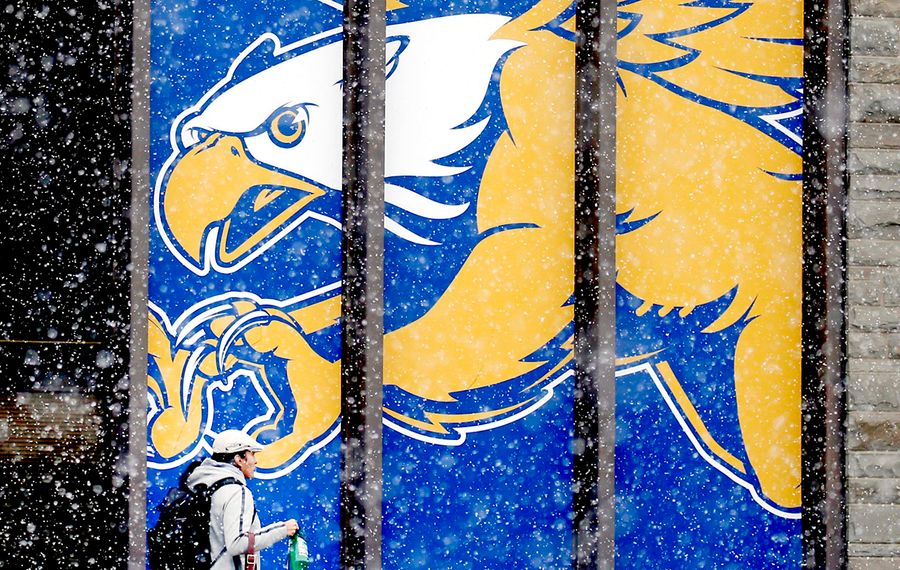 This was not some casual exit. This was a force of nature. Jim Wells opened a back door Thursday for his class at the Bennett Park Montessori School 32 in Buffalo, and the children, hollering with joy, ran out into a sprawling recess area as if shot from a cannon.

They were as happy in that instant as if they were at Disney World, because in a way what had just happened was far more magical.

The first true snow of the season in Buffalo was a short-lived thing, officially little more than a half-inch in total, but these kids understood: It was a seasonal doorway. Many trees in the neighborhood briefly turned Christmas card white, and the black fence around the school had powdered highlights, while the city as it seemed to them as they left their homes that morning had, just like that, turned into another place.

The snow began to fall like it meant it around noon, and Wells said 6-year-old Briella Serio was the first to look in astonishment toward the window and to say – in more of a listen-everyone-can-you-believe-this exclamation – “It’s snowing!”

All heads in the classroom turned, as if on pivots. Principal Jennifer Stockmeyer said you could actually feel that instant ripple through the halls, the same annual moment of first-snow-exultation that has happened in the old school on Clinton Street countless times since it was built more than a century ago.

As for Wells, a veteran educator, he conceded what every teacher of young children in Western New York understood right away.

“It was over,” Wells said, speaking of what he had planned for that day.

On the third floor, in a classroom with a stunning view of the dramatic theater of clouds and sky above Lake Erie, Molly Whitehead essentially made the same teaching decision. The kids, she said, already had a pretty good idea of what might happen when they showed up on a cold and sloppy November morning, and then came the moment when every child in her classroom reacted, as if touched by some hidden current.

“Ooooo!” they exclaimed, watching the big flakes beyond the windows. The noise quickly turned into a chorus of voices, each of them wanting to make absolutely sure that anyone who missed it clearly understood:

It was snowing in Buffalo, which at that instant – if, say, you were 6 years old – seemed like it had never really happened before, considering the six months or so since the last time snow fell equates to about one-twelfth of your entire life.

“You just have to teach toward it,” said Whitehead, who took one look at all those wide eyes and called a kind of teaching audible at the line of scrimmage.

She shifted from her prepared lesson plan, choosing instead to channel all the wonder in the classroom. She began a discussion about the way snow is formed and why this city gets so much of it, which also seemed a good time to ask the children how it might feel to drift from the sky like one of those big and lazy flakes.

To Jim Wells, her colleague, there is something eternally hopeful in that reaction to snow, a reminder of how children are always children. "I've got kids from Elmwood Village and I've got kids from the Perry projects," he said, describing girls and boys growing up in wildly different economic situations.

Some are raised with lots of stuff. Some are not. Some go on magnificent vacations. Some rarely, if ever, leave the city blocks around their homes.

Yet the communal power of a Buffalo childhood was reaffirmed by this moment on this Thursday in November, when every kid had the same response to the scene outside the window, then expressed the same wordless joy during recess, a staple of life at School 32. 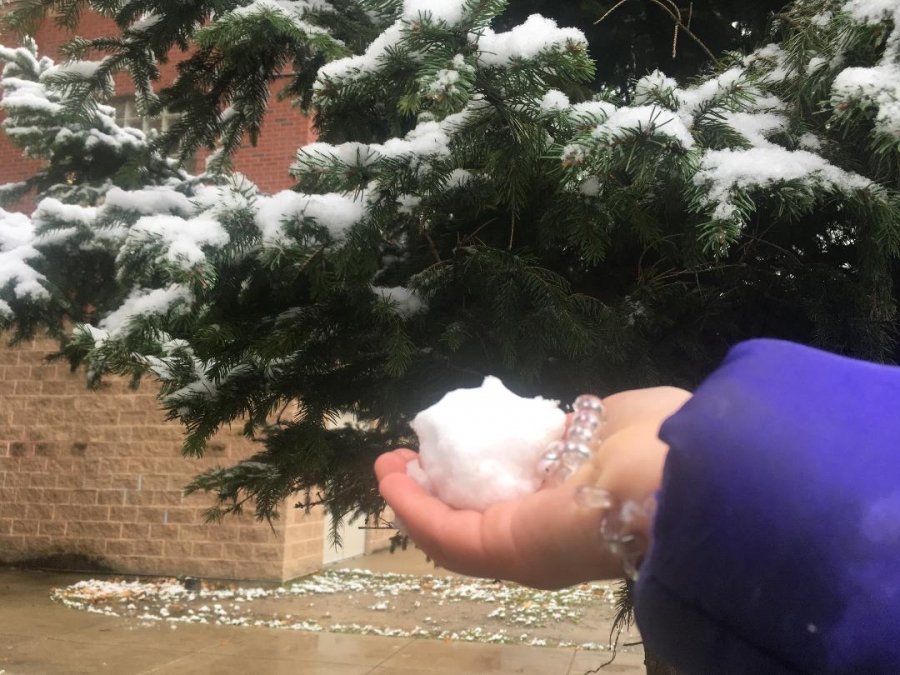 At the Bennett Park Montessori School 32, a child makes the first snowball of the year. (Sean Kirst/Buffalo News)

They sprinted into a play area that, honestly, was almost as much about mud as the thin layer of snow. They ran in that specific way of little kids in puffy winter coats, arms hanging at their sides as their knees churned forward, much like penguins. They lifted their heads, many covered by caps with cat ears or dragon horns, and hollered in sheer jubilation toward the pewter sky.

Elsewhere in Western New York, among the adults these children will all too soon become, the reaction to Thursday's touch of snow was not always – how do we put this? – euphoric. Certainly, many of us have varying reactions to the idea that Buffalo is coming off a year in which it accumulated about 119 inches of snow, making it not only the Golden Snowball winner as the snowiest big city in New York State but also the snowiest big city in the nation.

Yes, finally, a championship season. That is a wonderful precedent if you are a 7-year-old in November, looking out the classroom window. It is not always so wonderful if you are worrying about, say, January nights on Interstate 190, especially if you allow yourself to contemplate how those first flakes of snow will not become the last flakes of snow until somewhere around Easter.

Still, a child understands what is all too easy for weary adults to forget: The location of this city, as a kind of clutch for the engine of Lake Erie snow, means that we essentially exist on two planets, with two cycles of life defined by the chance of snow or its absence. The awe of stepping from one of those worlds into the other remains powerful enough that kids, at least, still savor the wonder of that shift.

Indeed, snow-loving Canadian climatologist David Phillips estimates that up to three-quarters of the children in the world have never experienced enough snow to even make a snowball, as impossible as it might seem. Generations of girls and boys in Buffalo have intuitively understood the nature of a place capable of such legendary storms as the ones 8-year-old Nahri Morrow labels "snow hurricanes."

At School 32, both Wells and Whitehead teach classrooms filled with 6- to 9-year-olds, all young enough to marvel at the first snow. Within moments of going outdoors, a little guy who identified himself as Julius Cooley was pushing together enough slush from the grass to, yes, create a snowball, while Briella and her equally engaging buddy, Lucia Persico, were using a limb on a pine tree to slingshot snow into the air and Zy'ire Henry, 8, tried to remember the last time he played in it.

He paused, thinking hard, hands tucked inside the sleeves of his warm jacket. He was pretty sure the last snow he recalled had piled up outside his home, and he believed he might have been wearing a snowsuit at the time, but after a few moments he begged off for a more urgent errand.

The snowballs he packed Thursday were all about the now, in a world these kids knew in some deep way did not exist the day before.