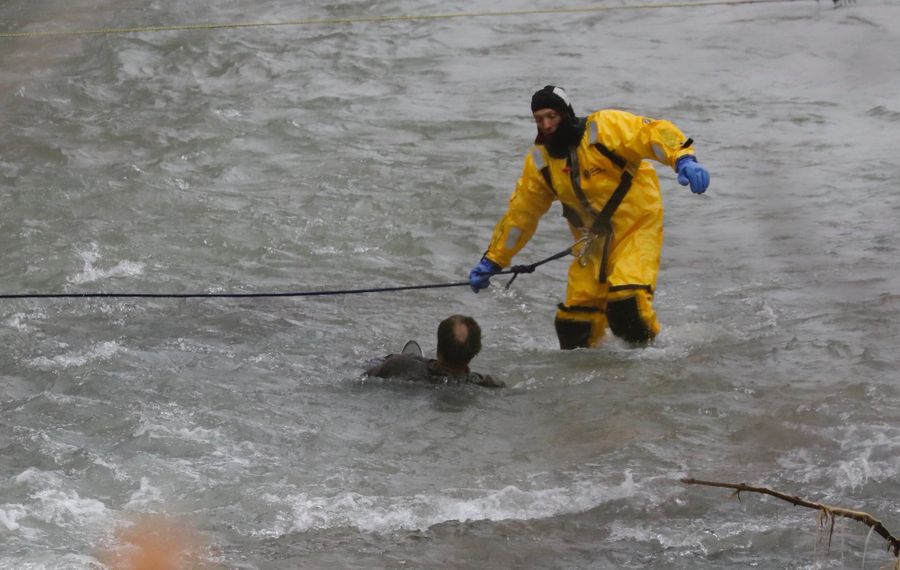 The man who was pulled to safety from the rapids near the brink of the American side of Niagara Falls was in stable condition Friday in the intensive care unit at Niagara Falls Memorial Medical Center, a state parks spokeswoman said.

The man was identified only as a 59-year-old Niagara Falls resident.

Authorities say they don't know how or why the man ended up in the water.

The dramatic rescue played out about 75 yards from the brink of Niagara Falls in front of tourists, first responders and other onlookers in Niagara Falls State Park.