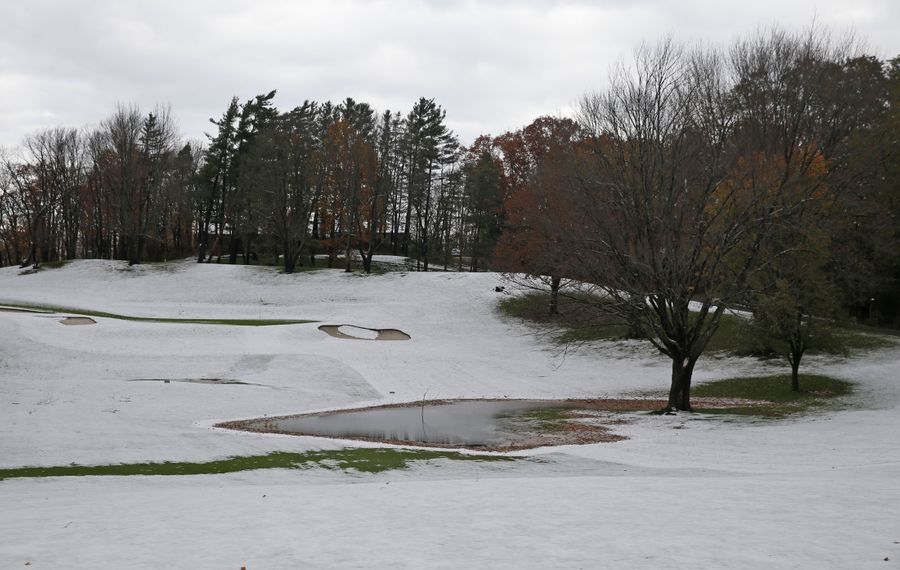 Let’s skip judgment on the absurdities of Farmers Almanac weather forecasts going out, in finite detail, a year in advance. Scientifically based forecasts, which do not include the former, most often go out seven days with extended ranges to as far as 10 days. As you might expect, the reliability of forecasts diminishes at the far end of this range, on average. There are exceptions during which a period of moving lake snow or differing precipitation types during the first two days of a forecast are a much tougher call than Day 7, when models are unanimous on fair and tranquil conditions in an uncomplicated pattern.

Without going through the history of weather forecasting, the 7-day forecast was a long time in coming. In small increments, the reliability of the 7-day forecast continues to improve in rigorous and peer-reviewed verification scores. In point-and-click form, such a National Weather Service 7 day forecast looks like this one, issued Friday morning:

There is also an older technology text zone forecast which gets a little more massaging by the staff meteorologists on most shifts. It’s not as visually attractive, but it sometimes offers more detail in the forecast.

A long-range discussion may go beyond the 7-day range on occasion, just as I did on the air, when there is confidence a well-defined pattern change was showing up in the extended range. For example, this current shift to a colder than average first half of November could be foreseen more than 7 days in advance.

What crosses your mind if you run across a forecast for, say, Jan. 4th on Nov. 8th? I hope it’s a boatload of strong skepticism. There is no evidence of skill in such a long range forecast, even when put out by schooled, professional meteorologists. And there are such forecasts available online from segments of the private sector in meteorology…meteorologists and managers who should and do know better. Personally, I hold the latter — the managers who market — responsible.

A recent American Meteorological Society journal study delved into great detail as to why such forecasts show no skill, being no better than a flip of the coin. In basic terms, the limitations are closely tied to chaos and chaos theory in physics. There are simply far too many variables in the behavior of the atmosphere and its interaction with land and water, all in a state of flux over time. The earth is a rotating globe with fluids and gases receiving unequal heating and uneven volumes of water vapor over any given region fueled by a thermonuclear furnace 93 million miles distant. Remarkable progress has been made, especially since World War II, in corralling the behavior of small portions of the atmosphere over several days’ time. Continuing research, improved education, and the advent of supercomputers have underpinned much of this progress, along with stupendous growth in observational tools including satellites, radar, instrumented buoys, and remote sensing of temperatures and water content of the atmosphere.

Perusing thousands of forecasts in the 7-10 day time frame, the study found most forecasts deteriorated sharply after Day 8. This is in an era where forecasts are running off almost unimaginably powerful supercomputers with mind-boggling amounts of data constantly being fed into the models. Let us assume days 9 and 10 will continue to show improved verification in the next few years.

Is this a case of scientific myopia by which we are greatly underestimating how accurate forecasts might someday be in the 20-25 day range? Or is there a realistic limit beyond which we’re unlikely to venture? The study’s lead author, a Penn State meteorological researcher, told Science magazine: “2 weeks is about right. It’s as close to be the ultimate limit as we can demonstrate,” says Fuqing Zhang, a meteorologist at Pennsylvania State University in State College who led the work, accepted for publication in the Journal of the Atmospheric Sciences.

Chaos theory, predicted by Edward Lorenz at MIT in 1969, couldn’t be conclusively demonstrated until the advent of the high-resolution computers which now physically model and show the chaos as it develops. There is what I would call a “fuzzy wall” out there mired in the chaos-with-time by which finite predictions become sheer, unsupportable guesswork. The research points strongly to a limit of 14 or 15 days in the future before the chaos runs rampant.

That’s mighty specific, folks. One of the things which troubles me is AccuWeather is in State College, Pa., where they are able to hire extremely well-schooled meteorologists out of Penn State, a prestigious center for atmospheric science. Somehow I doubt this is the kind of forecasting PSU profs are encouraging in the classroom.

AccuWeather has not published much on the verification scores of their 45- and 90-day forecasts. Some outsiders have, however, checked scores on various facets of the AccuWeather forecasts, including Penn State professor Jon Nese and his students. Here is what the Washington Post/Capital Weather Gang meteorologist Matthew Cappucci found: “When put to the test by outsiders (see here, here, here and here), AccuWeather’s long-range forecasts generally showed no value starting between nine and 11 days into the future (in many cases offering less accurate predictions than historical averages would), right in line with what science says is the limit of such specific predictions.”

There are very broad trend forecasts put out in more experimental products, such as this upper air average flow forecast from the European Center for Medium Range Weatherforecasting, courtesy of subscription site Weatherbell.

This is the mean upper air flow as modeled by the ECMWF ensemble. If it proves accurate, it could be useful to natural gas utilities in calculating loads and costs. This November-January are not seen, in this ensemble, to be especially cold over most of the nation. This kind of trend information, as you can see, is a long, long way from 45- and 90-day daily forecasts.