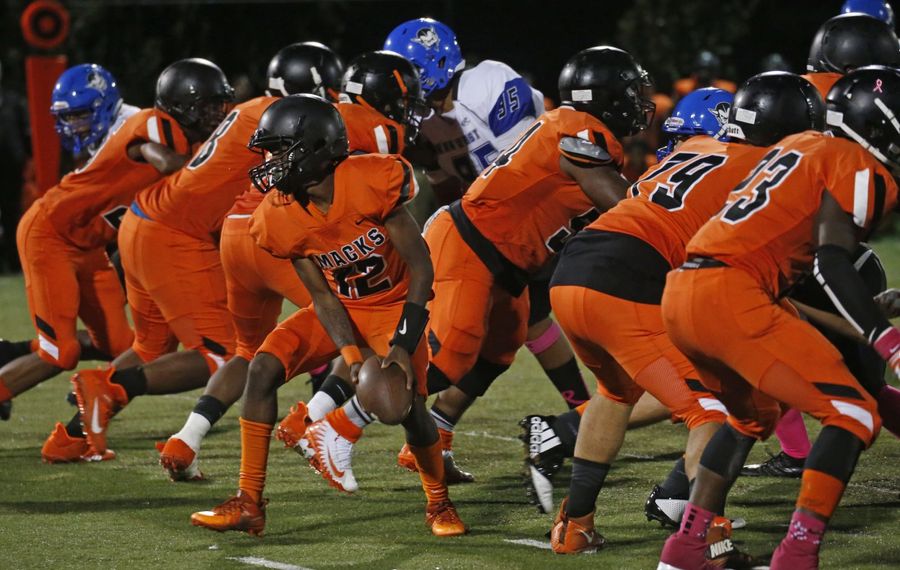 At New Era Field: South Park is 1-2, beating West Seneca East for the championship in 2015. The Sparks lost to West Seneca West, 27-24, in 2017. This is McKinley’s first sectional championship game appearance.

How they got here: McKinley defeated West Seneca West, 7-0, as Patrick Mootry’s 82-yard interception return for a touchdown late in the second quarter proved to be the game’s only score. Devon Cottom made 13 tackles and an interception, Junior Swen recorded 10 tackles and a sack and Takeo Funderburk made eight tackles for a defense that posted its third shutout of the season.

South Park advanced with a 36-23 win over Grand Island as Keith Jackson ran for touchdowns of 1 and 15 yards and caught a 21-yard pass for a score. Parrell Folgram returned a fumble 50 yards for a TD.

Pre-snap read: Reaching the final may be a first for McKinley, but the team fully expected to have a successful campaign under first-year coach Brian Davis. A fast, aggressive defense has been the Macks’ signature. The unit coordinated by Micah Harris mixes up its coverage well. Getting the offense untracked will be key as the Macks only gained 69 yards last week.

Still, South Park likely will be the fastest team they’ve faced. Limiting the Sparks’ big plays is a must. It won’t be easy considering the play-making options at quarterback Mykell Hepburn’ disposal. Lost in the shuffle of South Park’s offensive prowess has been the play of its defense, which has yielded fewer points (54) than McKinley (58).

Add in the fact these two hungry, former Harvard Cup rivals are looking to make the city proud, this should be a dandy of a game.

Next: The champion advances to the state quarterfinal/Far West Regional against the Section V champion at 8 p.m. Nov. 15 at SUNY Brockport.