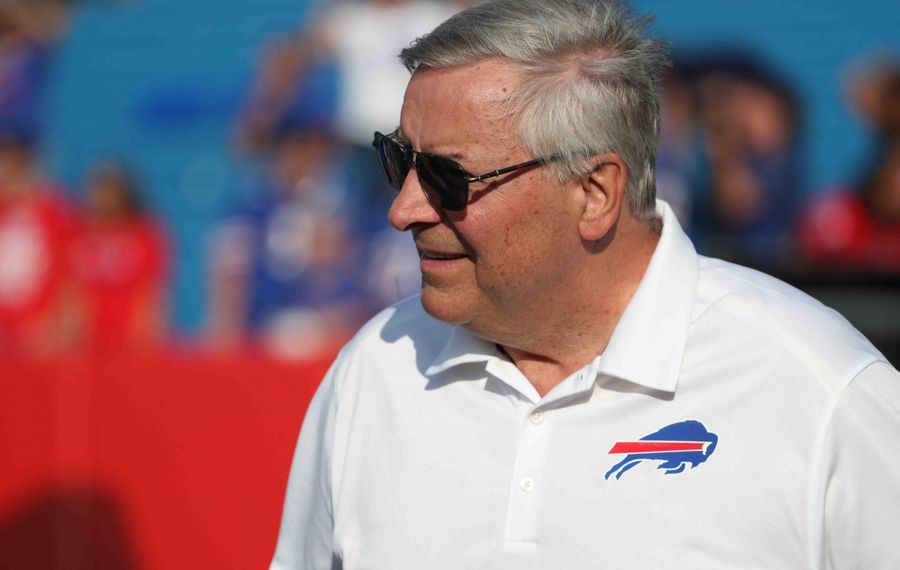 Terry Pegula tells people to call him by his first name, even though players and staff typically address him as "Mr. Pegula."

Pegula had a chance encounter many years ago with Walmart founder Sam Walton, whose company has a policy that every employee is to be addressed on a first-name basis. That included him.

Pegula, 68, can't remember exactly how old he was, but he recalls that it was early in his business career. Pegula was having lunch with a man in Charlottesville, Va., on the University of Virginia campus.

"I shook hands with Sam and talked with him. He asked me a few questions and then said, 'Nice to meet you,' and he walked away. The guy then said, 'You know who that was?' I said, 'No, I have no idea.' He said, 'Sam Walton.' You know what my next question was? 'Who's Sam Walton?' "

Pegula's lunch companion told him Walton was "one of the richest guys in the country."

Pegula has never forgotten how that casual introduction to such a wealthy businessman made him feel instantly comfortable. He wants people to feel the same way around him.

"Of course, after (he learned of Walton's wealth), I was like, 'Oh, I hope I didn't say something wrong?' " Pegula said. "People normally react like that, but you shouldn't be like that."