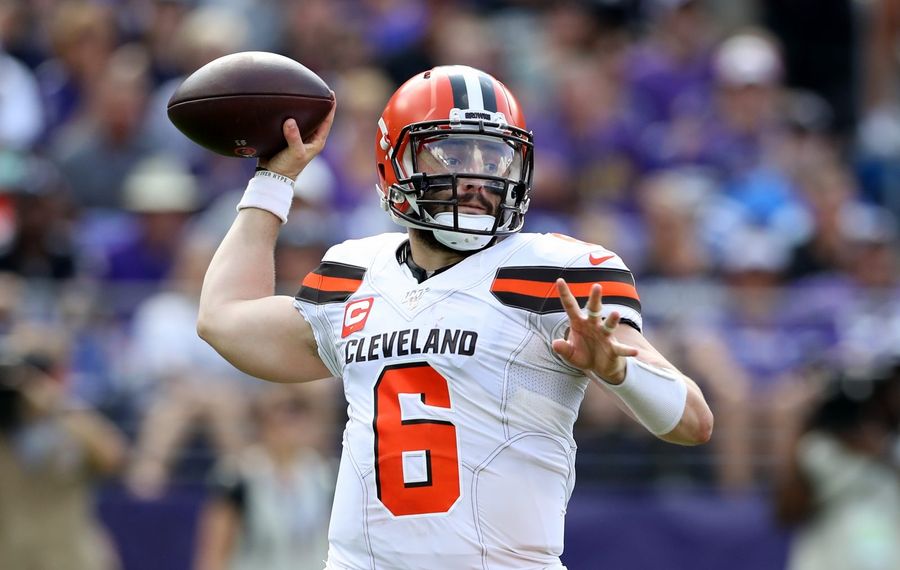 These teams have a whole lot in common, except for their records. Both have starting quarterbacks selected in the first round of last year’s draft. Both have long histories of disappointing their fans. Both entered this season giving those fans greater cause for hope than they’ve had in a long time. Granted, the Browns’ faithful had more of it after an offseason of dynamic free-agent additions that have so far disappointed, along with quarterback Baker Mayfield. It will be a close, competitive game, with Josh Allen and his teammates finding their typical fourth-quarter surge to win. Bills, 21-20.

Dysfunctional and disastrous would be two good words to describe the Cleveland Browns' season to this point. Desperate would be a good one to describe their approach to Sunday's game. A loss to the Bills would all but officially eliminate Cleveland from any chance at getting back into the AFC playoff race. The last time the Bills went up against a team that could be described as desperate, they got waxed at home by the Eagles. Cleveland isn't as good as Philadelphia, but there is enough talent on the Browns to keep their season from totally sinking. Browns, 20-17.

The Cleveland offense is an underperforming enigma. With this amount of skill-position talent, the Browns should be better than 25th in scoring and 29th on third downs. The game probably comes down to the Bills’ run defense. If the Bills can put the Browns in third-and-difficult situations, then the Browns’ offensive line won’t hold up against the Buffalo pass rush. An early lead would be huge for the Bills, prompting the Browns to go to the air. The Bills managed 24 points last week. I think they’re going to need 27 or more this week. The Browns are better than 2-6. At some point, they’re due to break out. Browns, 27- 23.

I can't wrap my head around the Browns being favored in this game. Yes, they're the home team. But they haven't won a home game all year. They've also lost four straight, so they're desperate, just like the Eagles were when they throttled the Bills a couple of weeks ago. But Philadelphia's core is two seasons removed from winning a Super Bowl. The Browns are two seasons removed from going 0-16. They've since accumulated an impressive collection of talent, but they're not a good team. Cleveland's run defense ranks among the worst in the NFL, and I expect Devin Singletary to run wild in another one of Buffalo's trademarked ugly victories. Bills, 20-17.