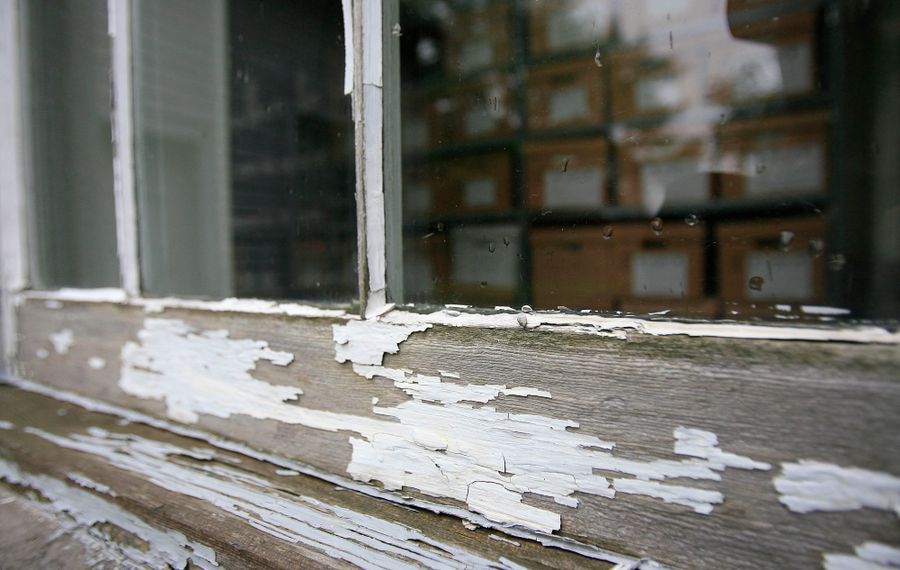 If water from the Niagara River contained as much lead as Michigan’s Flint River, this area would be in an uproar over the threat to residents here, especially to children.

But the lead levels in Buffalo’s older rental housing, while also deserving of a skull and crossbones sticker, don't arouse nearly as much passion.

A public campaign aims to change that. And while Michigan authorities were castigated for letting the lead problem fester in that working class, heavily minority city, Buffalo and its partners are doing just the opposite: They are making it a priority.

The centerpiece of the local effort is a new approach: making landlords partners rather than adversaries.

Kicked off during National Lead Poisoning Prevention Week at the end of last month, the effort will accelerate when home repair season starts next spring.

But a new website – GetAheadofLead.org – is already up, telling tenants and landlords what to look for to make homes safe from chipping or peeling paint, as well as the notifications and certifications that landlords must provide tenants and the city when confronting lead hazards.

The key to the effort is a focus group of about 40 landlords who are advising the effort so that it’s not a top-down approach. And unlike a typical "one-and-done" focus group, this one is ongoing, said Cara Matteliano, vice president of community impact at the Community Foundation for Greater Buffalo, one of the partners in the effort along with Buffalo, Erie County and others. Organizers will return to the group time and time again to seek its input on everything from prospective logos to potential marketing slogans to make sure the campaign is speaking to Buffalo’s 18,000 landlords in the most effective way.

Matteliano noted that a lot of time has been spent talking about landlords, but not talking to them.

"We’ve never really tried to reach out to landlords like this," she said. "Having a pool of landlords to go to time after time is going to make this really effective, more than anything we’ve done in the past."

It’s a departure from approaches that just relied on "scaring people to death" to get their attention, she said.

The 14201, 14207-13 and the 14215 ZIP codes have the highest elevated lead levels in the area. Erie County also historically has higher incidence rates compared to the rest of the state outside of New York City because of its older housing stock and the high number of children here living in poverty – two key risk factors for elevated lead levels. The study also noted that kids from neighborhoods of color are 12 times as likely as those in white neighborhoods to be diagnosed with high lead levels.

Landlords typically paint about every 10 years, during which time they might have three different families in the unit, exposing multiple children to the lead poisoning, said the Rev. Kinzer Pointer, a member of the Buffalo and Erie County Lead Safe Task Force that was formed to implement recommendations from the report.

"It becomes a virulent condition that can’t be reversed," Pointer said. "We know there’s no safe lead level for children."

With about 80 percent of Buffalo’s kids with elevated lead levels living in rental singles and doubles, according to Matteliano, focusing on landlords makes obvious sense.

The effort also involves a new level of collaboration. Data sharing will allow city inspectors to focus first on some 1,500 "problem properties" that may be putting residents at risk, said Louis Petrucci, the Brown administration’s deputy commissioner of permit and inspection services. The data will combine Erie County Health Department information on where high lead levels have been found with Buffalo's rental property registry, including information on code violations.

"A lot of (landlords) would like to do the right thing," said State Supreme Court Justice Henry J. Nowak Jr., a task force member who won plaudits for his work as the city’s Housing Court judge a decade ago. The biggest problem, he said, is that encapsulating lead with a sealer, repainting in a safe manner and other remediation steps can cost a few thousand dollars or more.

The county obtained a $5.6 million, multiyear federal grant to help homeowners do the work at little or no cost, with assistance provided on a sliding scale based on income, Matteliano said, and the task force is looking for other resources from governments and foundations.

Another option being tried on a limited basis so far, she said, is a receivership revolving loan fund to get around the problem of landlords not having the money up front, even though a house is not safe for tenants to stay in while the owner saves up the rent money to finance the work. Under this plan, the court-appointed receiver finds temporary housing for the family and has the remediation work done using money from the fund. Then the tenant moves back in and pays rent to the receiver, who then repays the fund before turning the property back over to the landlord.

This gets around the problem of landlords who are unable, or unwilling, to make a house safe, particularly small landlords who may want to do the right thing but hold full-time jobs and own only two or three properties to supplement their income.

Ayet Nieves, one of the landlords advising the efforts, said their input is being taken seriously.

"They are making strides," he said, though he’s heard that inspectors might start ticketing people and he thinks a more effective approach is to warn people while advising them of the help available through the federally funded abatement program. That’s why he likes the new Get Ahead of Lead educational campaign.

The city also is mandating that contractors be trained in safe RRP – renovation, repair and painting – procedures, Petrucci said, with training already implemented for general contractors, and subcontractors performing specific trades due to get the training in December.

All in all, it’s a comprehensive effort building on efforts that began even before the report came out, with the Brown administration in 2016 implementing a lead testing regime that exceeded Environmental Protection Agency guidelines and replacing some lead water pipes.

As this new campaign unfolds, Pointer is aware that some people will criticize subsidies for landlords to remediate lead as just another government handout. But he sees it as different than the state spending $750 million to support Tesla’s solar roof factory.

"I can live with this kind of handout that protects children," he said.

Particularly the most vulnerable children.

It’s a well-worn truism that some things – environmental hazards, for instance – would never be tolerated in wealthy neighborhoods. It’s reassuring to see Buffalo, Erie County, the Community Foundation and their  partners saying that the lives of working class people and their children matter just as much.