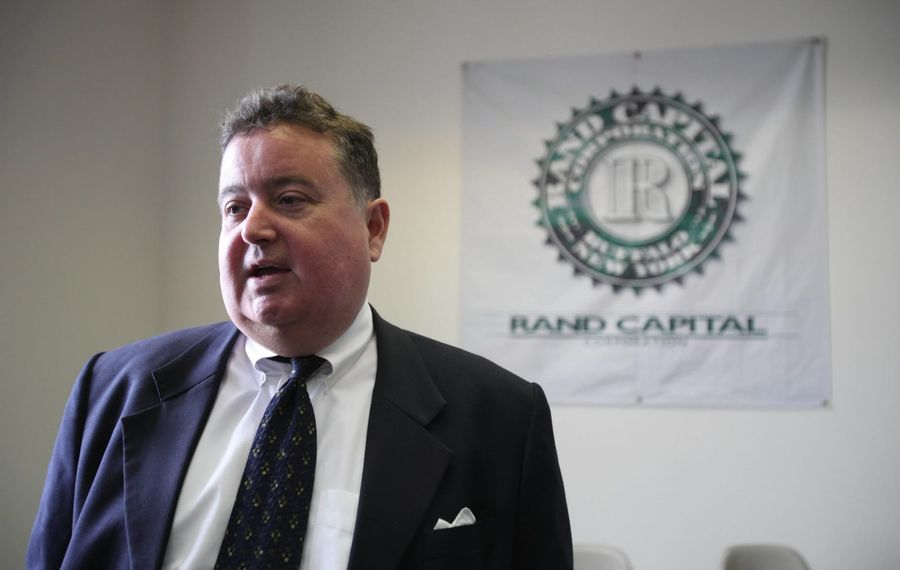 The acquisition of Buffalo venture capital firm Rand Capital Corp. by Buffalo Bills and Sabres owners Kim and Terry Pegula is on track to close later this month.

The deal, first announced in January and approved by Rand shareholders in May, cleared its final major hurdle when the acquisition by the Pegulas' East Asset Management was approved by the U.S. Small Business Administration, whose programs are a significant source of capital for Rand.

The Pegulas are paying $25 million to buy a 57% ownership stake in Rand, which had been looking for ways to increase its returns for shareholders as its stock at times traded at a better than 50% discount to the value of its investments. The Pegula bid, valued at $3 per share, was a 33% premium to the value of Rand's shares at the time of the offer.

As part of the deal, Rand will pay a $1.50 special dividend to its shareholders. The dividend, which still must be approved by Rand's board of directors, is expected to be paid during the first quarter of next year, Rand officials said Thursday.

The special dividend will be paid in the form of 20% cash and 80% stock, although Rand's board and management said in April that they will take their portion of the special dividend entirely in stock – a move they said indicates their confidence in Rand's future. Rand also plans to begin paying a cash dividend at regular intervals, subject to board approval.

In all, the Pegulas are acquiring their stake in Rand for about $15 million in cash, plus about $10 million in East Asset Management investments that they will contribute to Rand.

Pegulas on track to complete deal with Rand Capital

The progress in completing the merger comes as Rand's portfolio of investments is sagging. The company reported Thursday that the value of its 28-company portfolio fell by 9% during the third quarter to $4.39 per share from $4.85 per share at the end of June. Rand officials blamed the drop on declining valuations at five companies in its portfolio – Rheonix, Genicon, Empire Genomics, Knowledge Vision and SciApps.

"Investing in small and growing businesses and valuing them on a quarterly basis is complex," said Pete Grum, Rand's president and CEO. "We believe that, over time, the companies can fulfill their potential and we may see reversals of some of those unfavorable valuations adjustments."

Rand, which is sitting on $9.3 million in cash and will have about $19 million in cash after the merger is completed, expects to step up its investment activity after curtailing it over the past 18 months as it sought out an investment partner and worked out the East deal, Grum said. Rand also has increased its authorization to buy back its own stock by an additional 1 million shares.

"With the increased cash from the East transaction, buying back shares is a viable option," Grum said.