After two weeks of phone calls and texts, Maria Fabbiano had the private room at Russell’s ready to properly celebrate her parents’ 65th wedding anniversary.

It was Oct. 6, and the evening’s stars, Vincent and Marian Carafice, had driven in from West Seneca. Fabbiano had traveled from Stuart, Fla., with her husband, Rocco. Her brother drove from Cincinnati, stopping at Ohio State University to pick up his children. Her son and his wife had flown in from Tampa.

The rest of the table of 18 were there.

Fabbiano walked up to the host stand through the typical Saturday night throng at Russell’s Steaks and Chops, trailed by a nephew, Chance Carafice, carrying the cake she’d ordered from Dessert Deli. “65 Years Blessed & Loved,” it read.

“We don't have a reservation,” the host, partner Mark Jerge, told her.

“Oh, my God, I've been working with Laura,” Fabbiano protested, naming the woman she’d fine-tuned arrangements with, via text message.

“We don't have a Laura here,” Jerge said. 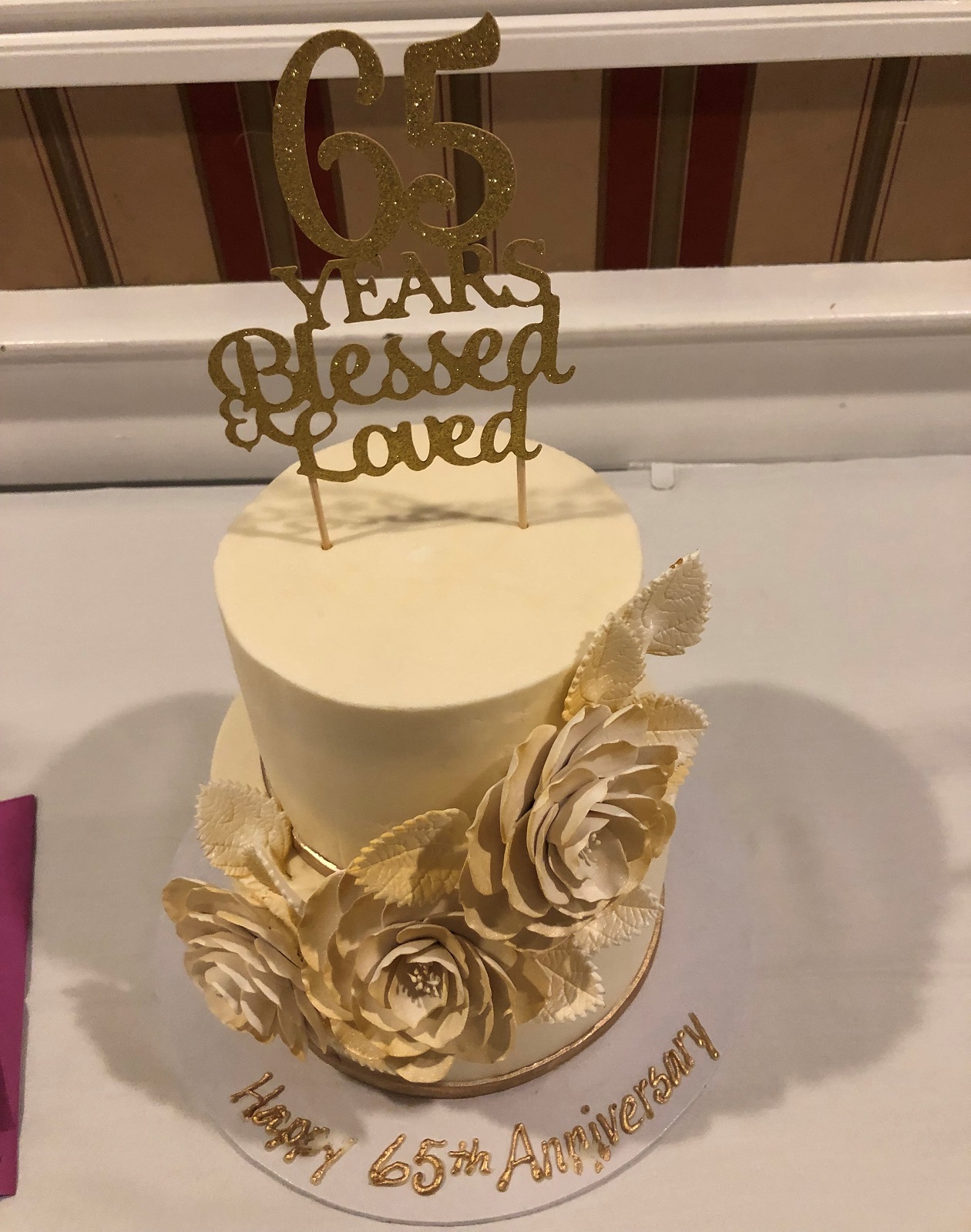 “I was hysterical. I had the cake in my hand,” Fabbiano remembers. “We were all dressed up; everybody was dressed up. And they're like, ‘No.’ ”

She pulled out her phone to display digital proof. That’s when Jerge’s assistant noticed Laura’s phone number had a Colorado area code.

Russell’s Smokehouse, 1422 Larimer St., Denver, had a reservation for 18 that was not going to be kept. A search for information on Fabbiano's computer had left her taking down the wrong number.

As Fabbiano reeled, Jerge stepped in. This never happens, but we had a cancellation in a private room, he told her. Let me see what we can do.

The guests retired to the bar for a medicinal glass of wine.

“There was another room down the hall that we predominantly use for some other in-house meetings that was available,” Jerge said. “I just grabbed three busboys and we went to set them all up.”

Before Fabbiano and company finished their drinks, they were ushered in.

The table was fully set, with linens, silverware, glassware, and a service bar in the corner. Customized 65th anniversary gala menus congratulating Vincent and Marian had “Denver” crossed off under the restaurant’s name, replaced with “Williamsville.” 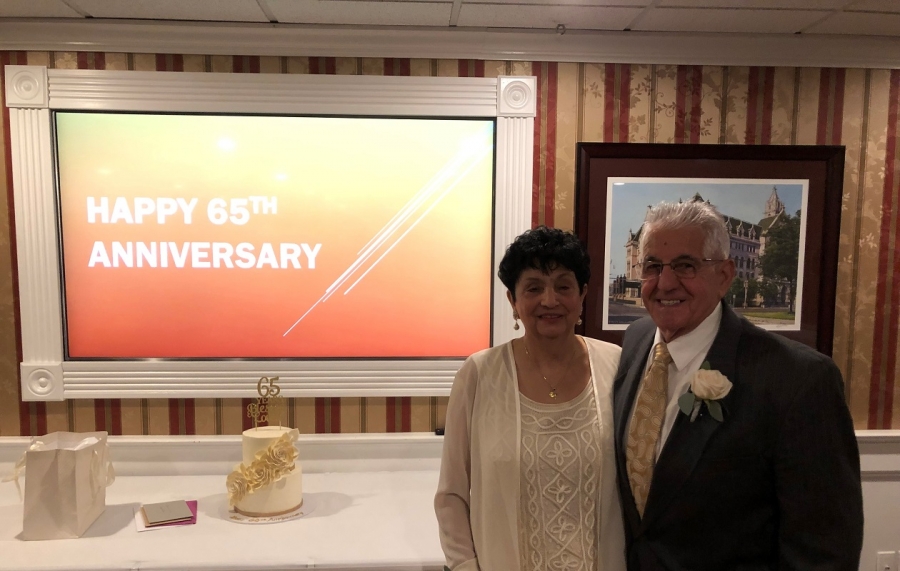 The couples sat down to a selection of dishes Jerge made sure would include the lobster dish that Fabbiano hoped her husband could try.

“The cake was on a cake table,” Fabbiano said. “It was like I had planned it all along.”

Even better, because they were in a private room, her nephew's 2½-year-old could bobble around the room safely, and her son could keep their baby copasetic, walking a baby around in a stroller.

Try that in Russell’s Smokehouse.

The night had everything but Russell Salvatore Jr. himself. “He wasn’t there that night,” Jerge said. “He had a wedding.”

Vincent and Marian Carafice had a fantastic time, and marveled at how the evening turned out, Fabbiano said.

All credit due to the miracle makers at Russell’s, she said. “It couldn't have been better, but it was because of them,” she said of the staff. “Honest to God, I couldn't believe what they did.”

Jerge even called Colorado to cancel Fabbiano’s reservation for her. How’s that for service?

“They ended up having such a good time they sat for an hour longer than most groups, and I'm sure they had a good laugh themselves,” Jerge said. “We basically took servers that we had working another party, and some of our senior bus staff to wait on them, because we obviously didn't have staff scheduled for them.”

The Russell’s confusion actually is not uncommon, he said. Maybe once a week someone shows up in Lancaster with reservations in Denver.

All’s well that ends well, he said, making it clear it seemed like more of an everyday miracle from where he stood.

“We’re pretty good at what we do,” he said. “They pulled it off, and everybody's happy.” 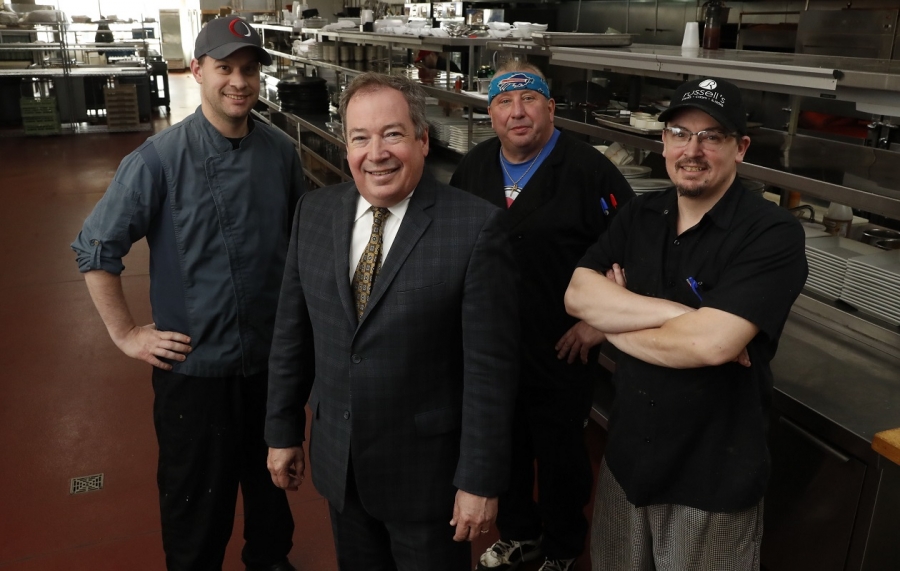