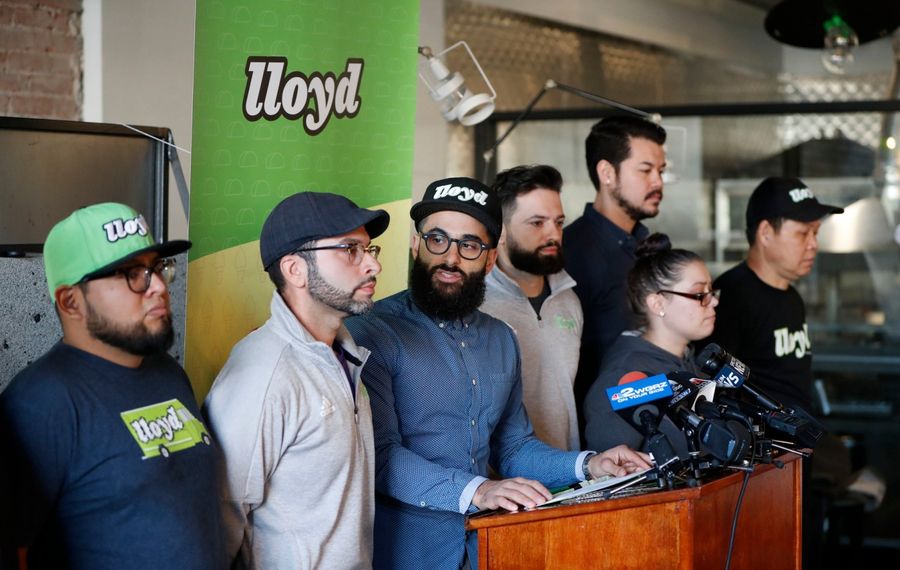 Late last month, a Buffalo restaurant operation that employs 130 people made a mistake that could put the business in peril.

Maybe you heard about it.

What you haven't heard much about is why Lloyd Taco would do such a thing in the first place. The answer has as much to do with understanding that while immigration might seem like a classic 2019 "for or against" issue, it is more nuanced than that, more so if you're talking about the effect immigration had and has on the restaurant industry.

But first, the background:

On Oct. 23, a Lloyd truck served lunch at a U.S. Department of Homeland Security facility in Batavia that includes an immigration jail.

That prompted criticism on social media suggesting Lloyd was complicit in the most controversial results of recently toughened U.S. immigration policy. One offered another version of Lloyd’s motto: “For when you really work up an appetite caging children.”

Three hours after that tweet, Lloyd's social media accounts carried an apology for making that stop, noting its ties to and support of immigrant communities. It donated proceeds to Justice for Migrant Families WNY, to atone for its “lapse in judgment.”

That's when the episode took on a new life. Talking like serving law enforcement officers was a sin infuriated lots of people. Business cancellations and harassment of Lloyd employees followed, while a tsunami of angry social media commenters washed down on all things Lloyd.

Then came a second apology Oct. 28, for being thoughtless with the initial mea culpa, and promising not to mix political stands with selling tacos. The furor reached the pages of the New York Times, Washington Post, CNN and newspapers in the United Kingdom.

Lots of people want to forget and move on. But as food editor of this newspaper, it has stuck with me for a couple of reasons.

First, that feeding-baby-cagers criticism was, strictly speaking, baseless. The Batavia facility handles adults charged with immigration violations, or crimes committed after entering the country illegally, not families or children.

To be sure, members of U.S. Immigration and Customs Enforcement work there. That’s the government agency enforcing immigration regulations and policies, including separating children from their custodians at the southern border.

If that policy was what Lloyd found contrary to its values, the initial statement never clearly said so. Without identifying the line it was trying to draw, its apology was reinterpreted as a broad declaration of anti-police and anti-first-responder animus that upset lots of people, especially reflected on Facebook. Noting that Lloyd has offered first responders and members of the military half-off since opening in 2010 squelched that argument like a Dixie cup of water on a forest fire. 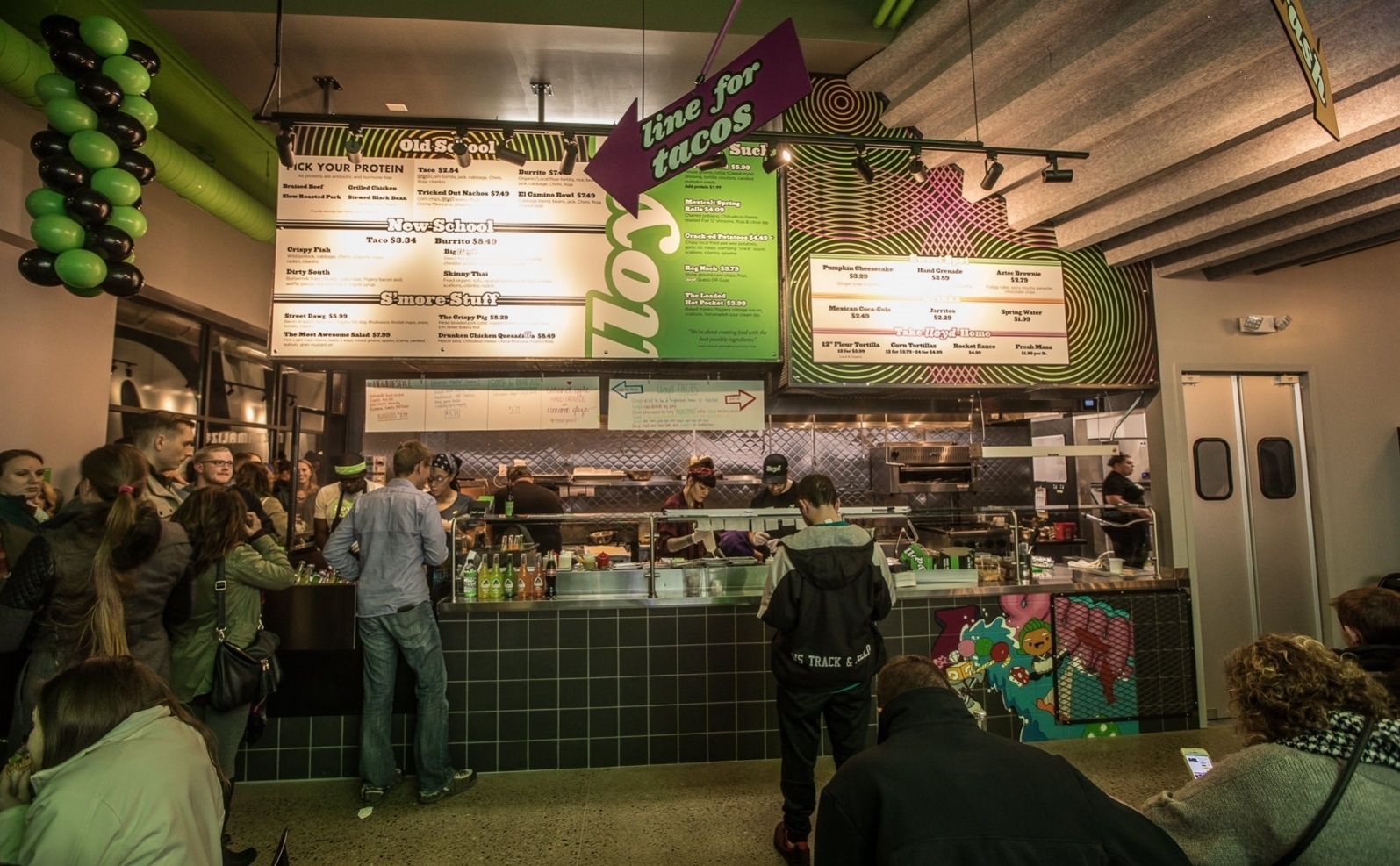 The ordering counter of Lloyd Taco Factory in Williamsville. (Chuck Alaimo/Special to The News)

Which is why after apologizing for apologizing, and promising to not play politics, Lloyd faces a future that includes a 5,700-plus member private Facebook group dedicated to hurting its business.

For at least two years, immigration rights activists have pressured companies to stop doing business with ICE. In Buffalo, the "boycott ICE" effort may have effects its crafters did not intend.

Lost in the flame war was any acknowledgement that the company’s overreaction came as the U.S. government under President Donald Trump has taken a hard right turn on immigration that is shaking communities – including Buffalo – whose past, present and probably future is shaped by immigration.

People who believe immigrants are a benefit to the United States – including myself – are concerned for good reason. They don't believe people should get to break immigration laws, but they are unhappy with how existing laws are being administered; how in 2017, the United States started routinely separating children from families at the Mexican border; or how the government has taken 5,400 children, including 300 ages 5 or younger, according to the latest figures released by the U.S. Justice Department.

Study after study has shown that legal immigrants commit fewer crimes than native Americans – something true since the early 1900s. Attempts to study the effects of the undocumented on crime rates, including a study led by University at Buffalo sociologist Robert Adelman, are less conclusive but haven't found increased crime rates.

I expect some “what the heck is the restaurant guy talking about this for?” responses. Or, more concisely, "Stick to food.”

The "hard line" on immigration, legal and otherwise, might not have registered at your breakfast table, but those facts are discussed at a lot of tables in Buffalo, where immigrant families and friends have been working at the American dream.

Germans, Italians, Irish, Polish, and Greeks made a life and a living feeding and watering this town. Now the Burmese, Chinese, Iraqis, Bangladeshis, Yemenis – and yes, the Mexicans – are trying.

A lot of them are living scared because they don’t know which way this is going to go. Oded Rauvenpoor, an Israeli man who legally immigrated and opened Falafel Bar on Sheridan Drive in Amherst, said recently he has had people spit on him, tell him to go back home, threaten his employees and try to hurt his business. He’s been in the United States since 2001, but the anti-immigrant actions he’s seen have risen sharply in the last year or two.

When Rauvenpoor spoke up, he noted that he was speaking as a relatively privileged immigrant. “There's a lot of other businesses and people that maybe look like us, maybe talk like us, maybe make the same food that we make or different, that will never speak up, because they will be terrified to speak up.”

Lloyd is partly powered by immigrants, who have a reputation in the restaurant world for showing up and working hard. When you know immigrants and former refugees, the government’s turn at the border is not remote static. It is the stress in the face of your friend, who has been working for two years to afford his first used car but now must save for potential emigration costs.

That’s part of why Lloyd overreacted. Co-owner Pete Cimino said as much when I asked him, "What have you learned from all this?"

"We've learned that our company has an even greater reach than we originally anticipated, and it's a powerful one," he said. "And we have to be more careful with our messaging, so that it reflects the true values of the company."

Besides the lack of progress on immigration solutions in Washington, D.C., other storms are brewing that are going to raise the emotional barometric pressure, starting with presidential impeachment hearings, and continuing with the process of deciding who will lead the county, which will set records for people screaming at each other in person and on social media.

So this moment is the pre-shock, with more tremors to come. But whatever happens on the border or in Washington, we alone decide how we treat each other in Buffalo, N.Y., where we all should be able to enjoy our meals in peace.

“In our countries, food is what unites people, no matter what religion you believe,” Rauvenpoor said. “That’s all I want: to bring people together to eat good food.”

I couldn't have said it better myself.