The Erie County Sheriff's Office and the Police Benevolent Association, the union that represents road patrol deputies, are close to reaching an agreement on policies and procedures for how body cameras will be be used, a sheriff's official said Thursday.

"Our discussions with the sheriff’s patrol union have been all positive, with both sides wanting to get an agreement worked out so we don’t experience any delays in getting our body camera program started," said Undersheriff Mark Wipperman.

Once an agreement is in place, he said, the administration expects to have the right to impose discipline on anyone who violates the body camera policy.

On Thursday, the Erie County Legislature approved a $1.6 million, five-year agreement to outfit sheriff's deputies with body cameras. The unanimous vote cleared the way for the Sheriff's Office to purchase 209 body cameras for deputies. That includes 116 body cameras and spares for those who serve on the road patrol, provide security for special events, and handle security for the Rath Building, which is Erie County's main administration building. The balance of the cameras will be set aside for use by Holding Center officers, said spokesman Scott Zylka.

Road patrol training is expected to be scheduled this month.

But getting a body camera policy agreement with the Teamsters, which represent Holding Center supervisors, is expected to be complicated by the heightened privacy issues that exist at the jail, officials said. Cells that offer no privacy for bathroom needs, for instance, is one of the barriers.

Aside from equipment, the five-year agreement with AXON provides unlimited storage of captured body camera video and the necessary software to redact images of people who inadvertently appear in videos sought by the public, but who are not the target of police activity.

The video that is captured would be considered public information, and the Sheriff's Office would charge a $10 fee for any video sought under the state's Freedom of Information Law. The Legislature approved the fee after confirming that revenue from the fee would be used solely to offset costs incurred for the body camera program. 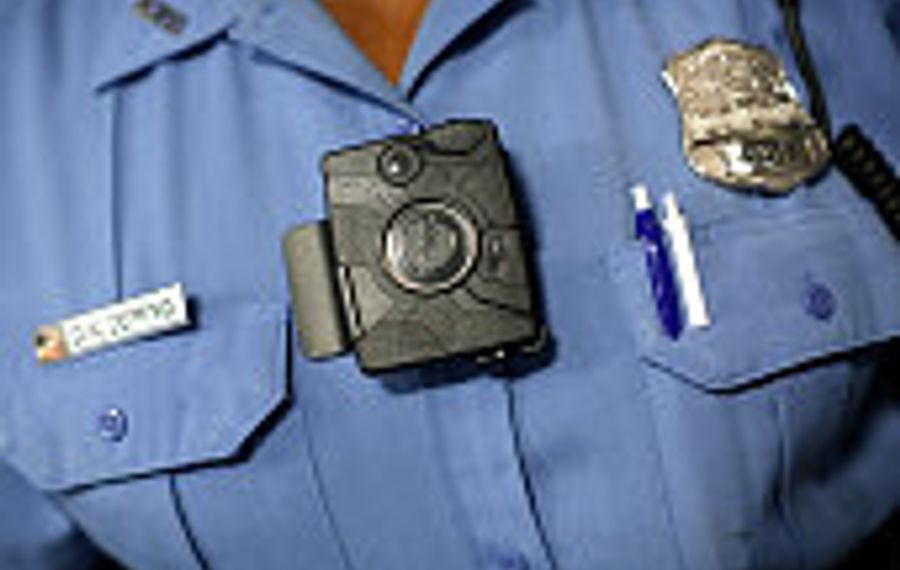 "I think it's a victory for the Legislature," she said. "Had it not been for us setting these small goals, I don't think we would be here at all."

She noted that the Legislature's push for body cameras began before the controversy involving former Deputy Kenneth Achtyl, who bloodied the face of a Buffalo Bills fan in December 2017 and was eventually found guilty of reckless assault, official misconduct and falsifying business records for sanitizing a departmental report on his use of force. Body camera footage was used as evidence against him in that case.

Minority Leader Joseph Lorigo, C-West Seneca, said he believes the body cameras are a positive step forward toward greater transparency and was happy to see collective support for it.