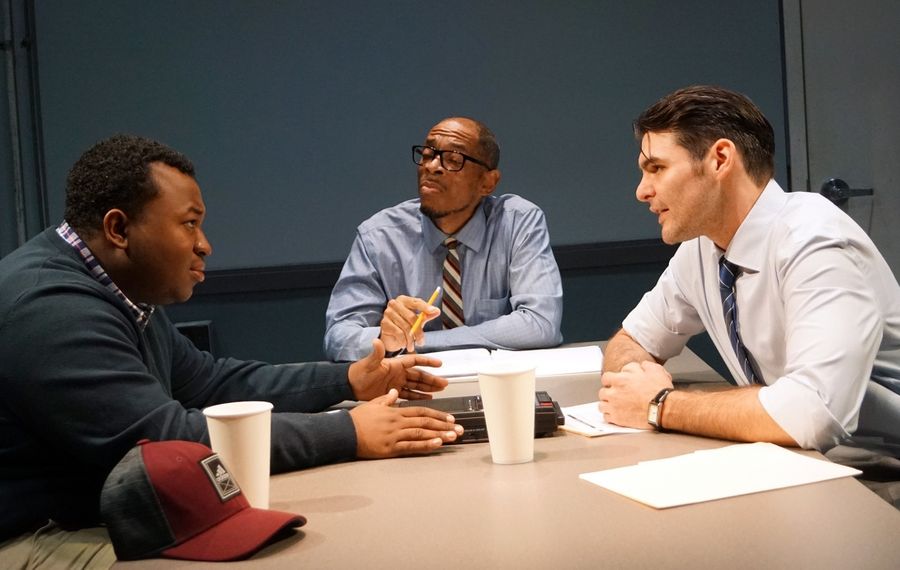 Detectives Bremen and Janetty have been partners for a while and they know the routine: Pound the suspect with doubts about his statement and then make accusations couched as theories about the crime. Eventually the guy will be so confused you'll get a confession – whether he really did it or not.

The methodology might be crude, but if the confession gets tossed out later in court, hey, that's the prosecutor's problem.

"Interrogation Room," the Artie Award-winning drama now on stage at Road Less Traveled Productions, is tough stuff, in the best possible sense. Buffalo playwright Jon Elston centers his action around a murder investigation, but this is no murder mystery. You won't find a trail of clues left like breadcrumbs to lead us to the killer, and the "little gray cells" that are so helpful to Agatha Christie's Poirot don't come into play here very much.

What happens in this interrogation room comes from the gut, from emotions that only can be choked back for so long, and from long-buried secrets that refuse to stay hidden.

It takes commitment from a cast to make such a deep dive, and director Scott Behrend got that from his four actors: John Vines and Nick Stevens as the detectives investigating an adolescent girl's rape and murder; Dave Tyrik as the victim's 14-year-old brother; and Matt Witten as a neighbor who was out for a walk the night the girl was killed. 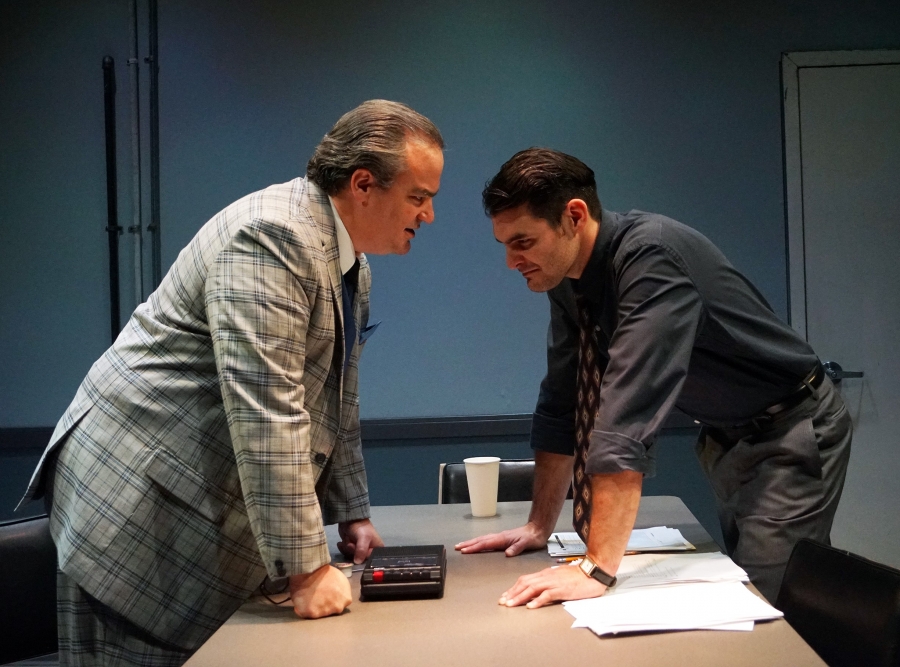 The case is complicated by its location. It appears that Ashley Cabin was the victim of a random attack inside her family home in an affluent neighborhood where this type of thing just doesn't happen. The only other person in the house was Mikey, Ashley's adopted brother. Unlike his sister, Mikey is black.

And, unfortunately for him, Mikey's account of what he did that night doesn't quite add up. The show opens with Mikey alone in the interrogation room with the detectives Bremen (the black one) and Janetty (the white one) standing outside, discussing how they'll play it to crack Mikey and get this thing settled. However, things don't go as planned.

While Bremen focuses on what Mikey and his friends were really doing that day, a frustrated Janetty blurts out race-based accusations that stun both the suspect and his partner. As uncomfortable as it is to watch, it also proves effective. The detectives were right: the kid wasn't telling the truth. But, despite Mikey's confession, you have a nagging sense that they might also be wrong.

In Act II, Elston gives us another interview, a counterpoint to the aggressive shakedown of the frightened black teen. Gordon Peck, scion of one of the community's wealthiest and whitest families, has presented himself to police to talk about the case. He might know a little something, he explains, as he lives in Ashley's neighborhood, but it soon becomes clear that he is much more interested in learning what the detectives know.

Or it could be he's just messing with them.

Matt Witten plays Peck with such insulting, creepy arrogance that you desperately want him to be guilty of something, anything, so Bremen can slap the cuffs on him. But Janetty, for reasons yet to be told, holds things back. Finally, when the secrets begin to spill out, the story – everyone's story – becomes about much more than poor Ashley.

You could take issue with some of the premises in "Interrogation Room," such as whether a rich, white family would allow their 14-year-old son to be interviewed about a murder without an attorney present, or whether two partners who are detectives would know so little about each other's pasts, but this is theater, not a courtroom, and if we dwell on those small questions we will miss the larger ones.

While Elston has a lot to say about race and the American way of justice, he also has a wicked way with dialogue, and, just like the most dogged detectives, "Interrogation Room" never lets up. The elegantly spare set design by Dyan Burlingame, imitating the real interview rooms designed to make suspects feel isolated and alone, amplifies the intensity and leaves each character with nowhere to run, until, with a slur and a slam, it's over. And we can exhale.

At Road Less Traveled Theater (456 Main St.) through Nov. 24. Performances are at 7:30 p.m. Thursdays, Fridays and Saturdays and 2 p.m. Sundays. Tickets are $39 (roadlesstraveledproductions.org, box office 30 minutes before showtime). Free valet parking is across the street at Hilton Garden Inn with proof of purchase.