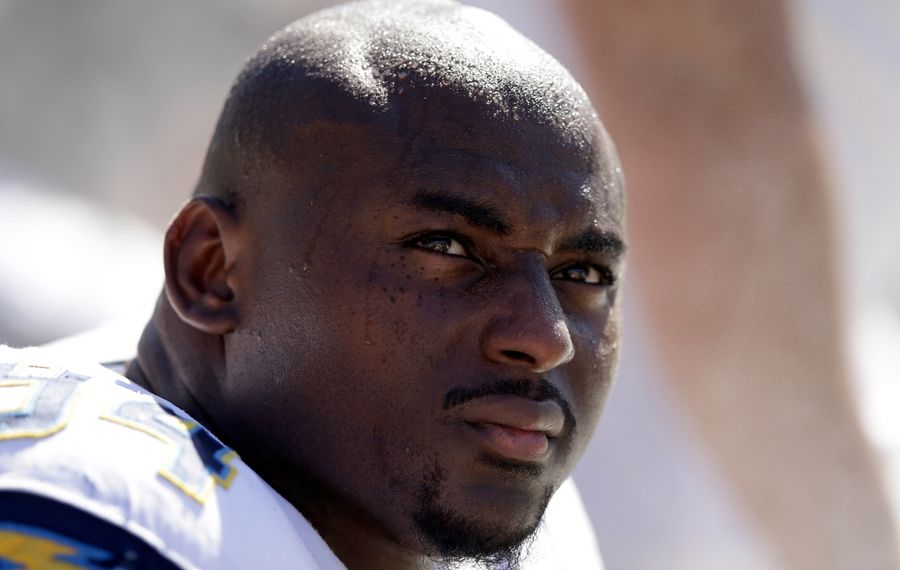 Corey Liuget is confident he can help give a boost to the Buffalo Bills’ defensive line.

One would expect nothing less from a guy who’s a former first-round draft pick with 103 career starts in the NFL.

“I bring my repertoire, what I’m known for,” Liuget said after his first Bills practice on Wednesday. “If you go back and look at my career, that’s pretty much what I do. Help stop the run. When I get a chance to rush the quarterback I rush. I’m here to play whatever they need me to play and help any way I can.”

The Bills have slipped to 19th in the NFL in rushing yards allowed, and they have a big test coming Sunday in Cleveland.

The Browns boast the No. 4 rusher in the NFL in Nick Chubb, who has gained 806 yards in eight games. Plus, their ground game gets an added boost with the addition of Kareem Hunt, who will play this week after missing the first eight games on an NFL-mandated suspension. Hunt led the NFL in rushing in 2017 with Kansas City.

Will Liuget — pronounced LEE-jit — make a huge difference? Probably not, given the fact he was on the street, unsigned all spring and summer until late August. But he’s a veteran player with a quality resume who’s not over the hill (he’s 29). If he can step in and provide 15 or 20 quality snaps a game, it could help keep the Bills’ top three defensive tackles fresher.

The Bills’ run defense faces some tough tests over the next five weeks, a stretch that will see them play three other teams that rank in the top 11 in the NFL in rushing attempts (Denver, Dallas and Baltimore).

The Bills were getting quality play the first three weeks from their No. 4 defensive tackle, Harrison Phillips, who was seeing 38% of the snaps. Then he was lost for the season to a knee injury.

Are the Bills looking for Liuget to help more against the run or the pass?

“Both, really,” said Bills coach Sean McDermott. “He’s had a lot of success in this league, a veteran guy with a lot of experience. We talk a lot in here about being strong up front. You can never have enough capable defensive linemen.”

Big Vincent Taylor, a 330-pounder who has seen limited duty in 22 NFL games, was the No. 4 defensive tackle in Sunday’s win over Washington. Taylor still is on the roster. Teams typically keep four DTs active on game day, not five.

Liuget presumably will get the call this week as No. 4 behind Star Lotulelei, Jordan Phillips and Ed Oliver.

Liuget made his reputation in the NFL as a capable starter for the Chargers from 2012 to 2017. He had 20 sacks over his first four seasons. He played just six games last year, a season shorted by a four-game suspension and a torn-quadriceps injury.

His sack numbers dwindled — he had three in 34 games the previous three years — although the Chargers were a quality pass-rushing defense.

“Against the run, I did get better each year,” Liuget said. “Rushing the passer, when you’ve got Melvin Ingram and Joey Bosa rushing, it’s kind of hard to get sacks when you’ve got guys like that. But I was penetrating and getting off the ball, too. I made their life easier too because I got the push. It all works hand in hand.”

It’s hard to see Liuget taking snaps away from Phillips and Oliver in pass-rush situations. Phillips has played 55% of the snaps the past three weeks, tops among the DTs. (Lotulelei is at 50% and Oliver 46%.) Maybe Liuget can spell Phillips and Oliver on some first-down, run-stopping situations or give Lotulelei a few breaks at the 1-technique position (over the shoulder of the center).

Liuget signed with Oakland just before the regular season and appeared in three games with the Raiders. He was surprised to get released last week.

“I think they just wanted to go with the younger guys,” he said. “The younger guys had the hot hand and were playing pretty well. But they didn’t give me any true explanation.”

“I have to go earn everything,” Liuget said. “I think it’s great they do rotate guys. By me going out there playing and showing I can earn snaps, that’s the way to do it.”

Tackle Cody Ford, who played only a few special teams snaps last week due to a sore elbow, practiced fully Wednesday and was not on the Bills’ injury report. Cornerback Kevin Johnson (knee) and safety Kurt Coleman (hamstring) were limited.