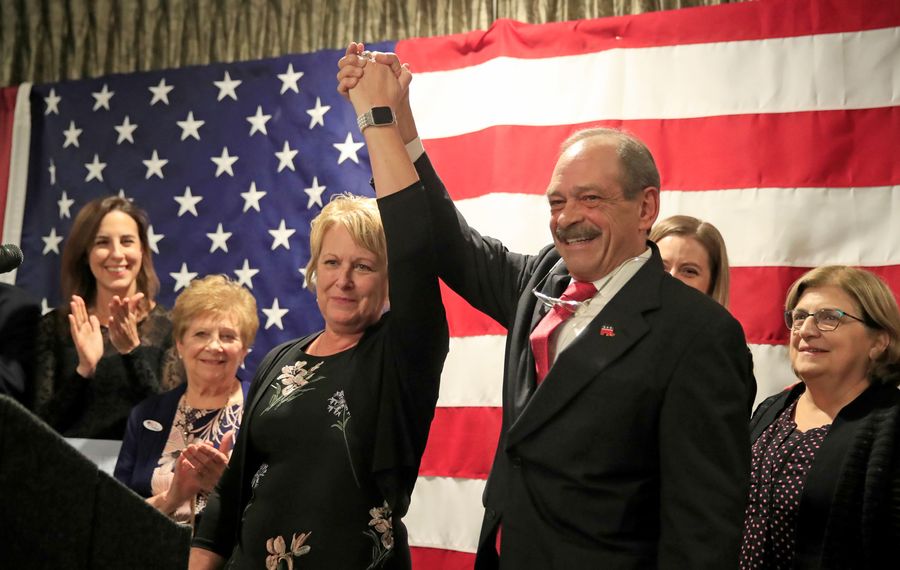 Incumbent Justice Diane Y. Devlin, a Democrat, led Republican challenger Gerald J. Greenan III in a race for a seat on the State Supreme Court as of late Tuesday night.

This was the only contested race for State Supreme Court in the Eighth Judicial District, which covers the eight counties of Western New York.

Democrat Gerald J. Whalen, presiding justice of the Appellate Division’s Fourth Department, and Republican Deborah A. Haendiges, another incumbent justice, were well ahead of the other candidates and all but assured of re-election because they were cross-endorsed by the leaders of the local Democratic and Republican parties.

Devlin has served on the court since winning election in 2005 and previously was a Buffalo City Court judge and assistant corporation counsel for the city. The Erie County Bar Association rated her “well qualified.”

Greenan has headed the State Liquor Authority’s Buffalo office, served on the state Parole Board and is an administrative law judge. He was rated “not recommended” by the bar association.

Whalen was rated "outstanding" by the group. He was first elected to the Supreme Court in 2005, was appointed by Gov. Andrew M. Cuomo to the Appellate Division, Fourth Department, in 2012 and was named presiding justice in 2016.

Haendiges, who also won election to the court in 2005, previously served as justice and as a support magistrate in Erie County Family Court and was rated “well qualified."

Justice of the Supreme Court
Electing three
99% of districts reporting