Election inspectors in Brant have been busy ever since early voting began a week ago.

One is crocheting a table runner. Another, an afghan. A third is cross-stitching a Christmas pillow.

The fourth? Well, she’s been crushing it on Slotomania, her favorite app.

Of the 37 early polling centers in Erie County, the slowest has been the one in Brant. On average, eight voters a day have voted there. Or one per hour. The slowest day was Sunday – to be fair, a game day for the Bills – when only two voters showed up at the Brant Town Hall.

Brant, in the county's southwest corner, has 1,540 registered voters eligible to vote in the general election.

With 49 ballots cast through Thursday, there's a whole lot of down time at the polling site in Brant. And although the election inspectors play Patsy Cline and Neil Diamond CDs to help pass the time along with their crafts, sometimes it still gets boring.

That's when Geri Depovelo pulls out her word search book.

“I give everybody a page and say, ‘It’s word search time!’” she said.

And then toward the end of the day, she tries to give them something to look forward to. “About 5 o’clock, I say, ‘OK, it’s Welch’s gummy time! I try to keep everybody happy.”

Forget happy – just staying awake could be challenging for this crew.

But it’s not the only polling place that seems nearly deserted. During the first six days of early voting, fewer than 100 people voted in each of four other rural towns: Wales, North Collins, Sardinia and Collins.

Overall, Erie County had the fourth-highest turnout among 62 counties as of Thursday, with 2.7% of eligible voters casting early ballots.

Supporter: Turnout not a surprise

It’s no surprise that voter turnout was relatively low this year, with no federal or statewide offices on the ballot, according to Susan Lerner, executive director of Common Cause New York, which has championed increased access to the polls.

The lower turnout actually made it somewhat ideal for rolling out early voting in New York, she said.

“I think we really need to look at this as a very useful dry run, a dress rehearsal for 2020,” she said, referring to next year's presidential race.

The nine additional days to vote were paired with new technology at the polls – electronic tablets replacing bulky paper sign-in books and on-demand printers that generate a ballot tailored to each specific voter.

Hiccups occurred with the new technology on the first day of voting at some early polling sites across the state. They were resolved quickly, she said.

“If there are problems with the printer, if that happens on one Election Day, countless numbers of people are disenfranchised,” Lerner said. “It happened in a very few places the first day of early voting. No one was disenfranchised.”

New York is among the last states to implement early voting. It has been common in other states to see a low turnout among early voters when it first became an option, she said. Over time, as people become more familiar with it, more people cast ballots early.

In New York, there has been virtually no organized opposition to the nine days of early voting that became mandatory this year. The state agreed to reimburse counties for much of the associated costs and required each county to open one early site for each 50,000 registered voters, with a maximum of seven required in the biggest counties.

Erie County was required to open seven early voting locations, but opted to open 37 – one in each town and small city, one in each Buffalo Common Council district and one at the Board of Elections office downtown.

That gives Erie County twice as many early voting sites than the next highest county. Counties with twice as many registered voters had fewer sites. 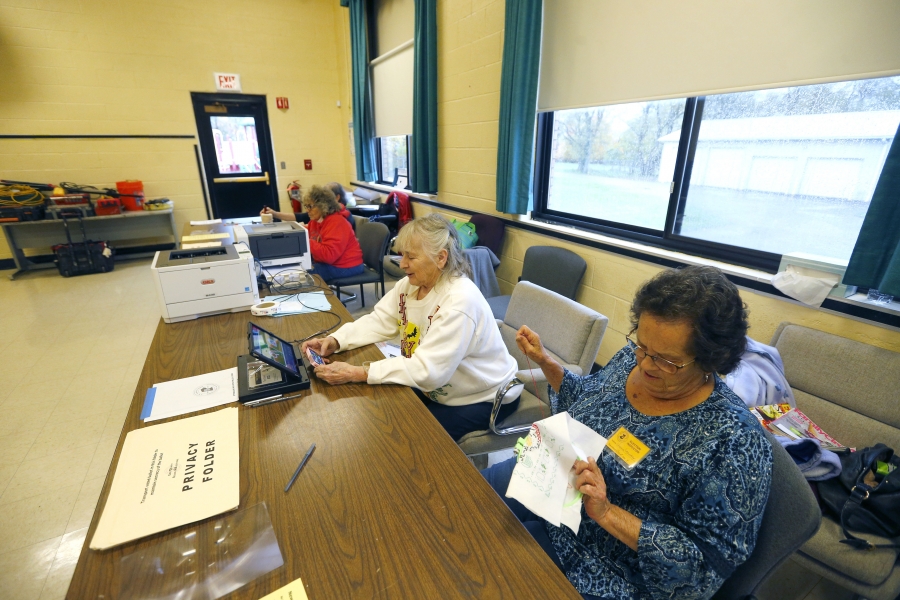 Election workers Pat Granica, left, plays a game on her cellphone while Veronica Mackey does some cross-stitch work to pass the time at the early voting poll site at Brant Town Hall on Thursday, Oct. 31, 2019. (Mark Mulville/Buffalo News)

One critic: 'A colossal waste'

There are some critics across the state who say that regardless of who picks up the tab, it's overkill.

“This is a perfect example of New York State taking what could have been a good thing and making into a colossal waste,” said Steve Levy, a former county executive in Suffolk County.

He supports opening the polls one or two days on the weekend before Election Day to make it easier for people who find themselves in a pinch for time on the first Tuesday in November. But nine extra days, he says, is too much.

"You just don’t need 10 days of voting," he said. "If you can’t get to a polling place on Election Day or one or two other days, you don’t really want to vote."

Across the state, just over 1% of eligible voters had cast ballots by the end of the day Thursday.

“This is one of the most sacred things we have: choosing those who represent us in this republic,” said Edward Johnson, a retired doctor who lives in Brant and voted there Thursday. “It’s a bit draconian for us to only have 15 hours to make a selection. We should have as much time as possible, within reason.” 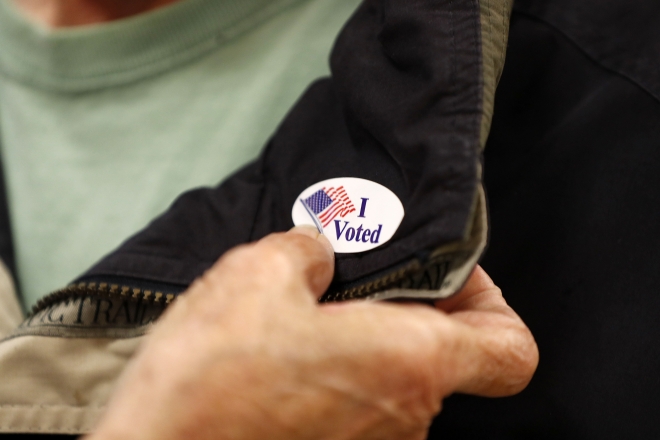 Early voting sites will be open across the state through Sunday.

Residents of Erie and Niagara counties can vote at any location within their county for early voting but will be restricted to their assigned polling place on Election Day.

In Erie County, polling places will be open from noon to 6 p.m. Saturday and Sunday. A complete list of polling places is available on the Board of Elections website.