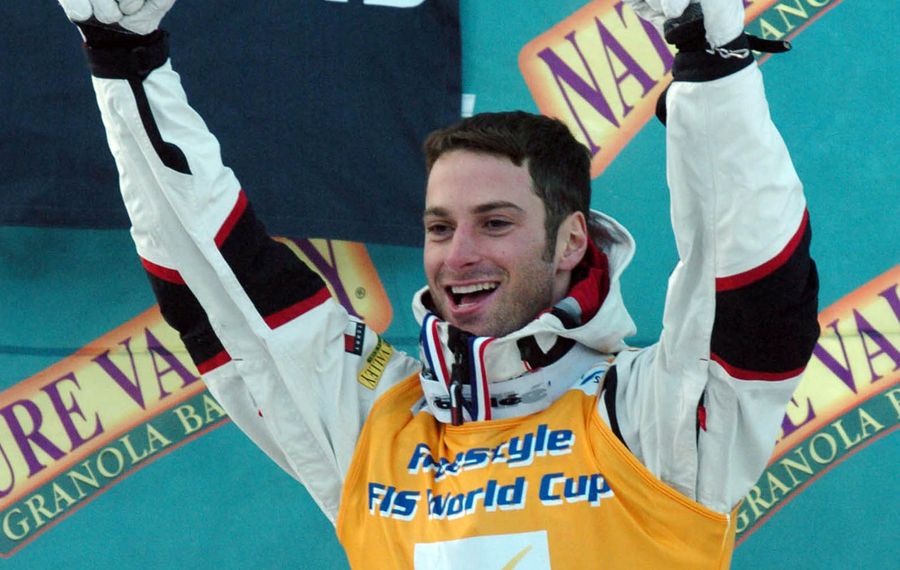 This is part of a series highlighting this year’s class of the Greater Buffalo Sports Hall of Fame. The 13-member class will be inducted Nov. 7. Tickets are available at GBSHOF.com.

It all came together at the perfect time for Travis Mayer.

The Orchard Park native was an unheralded, 19-year-old member of the U.S. freestyle ski team in 2001.

He had finished 27th in his first World Cup moguls event in France early that year. In December 2001, he barely qualified for a berth in a World Cup event at Steamboat Springs, Colo.

But on the day of the race, he felt a breakthrough about to happen.

"I was pumped,” Mayer said afterward. “I rode up on the chairlift with my coach. . . . He just let me know that I was a contender and not just someone filling a spot in the finals."

“I threw caution to the wind,” Mayer said. “Everything changed in 25 seconds. It was a huge commitment, a reckless toss of the dice.”

Mayer’s confidence was unleashed, and his prodigious skiing talent suddenly took over. Two weeks later, he won the U.S. Gold Cup event in Lake Placid, guaranteeing himself a spot on the four-man U.S. moguls team for the Winter Olympics in February 2002.

Six weeks later, he won a silver medal in the games at Salt Lake City.

Mayer, now 37, will enter the Greater Buffalo Sports Hall of Fame on Nov. 7 as part of the 13-member Class of 2019. Mayer grew up skiing at Holiday Valley in Ellicottville. He becomes just the second skier inducted into the Buffalo hall, joining three-time Olympian Erik Schlopy.

Mayer was overshadowed by the other members of the U.S. team when the athletes arrived at Park City, Utah, for the moguls event on Feb. 12, 2002. The team included 1998 Olympic gold medalist Jonny Moseley and Jeremy Bloom, who was rated above Mayer and had drawn a spotlight by earning a scholarship to play football at the University of Colorado.

“I was the extra," he said. “I came in without the pressure or press and was able to just ski.”

In the qualifying round early in the day, Mayer posted the highest score, earning the opportunity to ski last in the medal round.

His final run included an Iron-cross Heli and a Triple Twister, and he placed second to top-ranked world champion Janne Lahtela of Finland. Moseley finished fourth and Bloom ninth.

“I really don’t know what to say,” Mayer said after the race. “A couple of months ago I didn’t expect to be here. My goal was to qualify for World Cup and make the national team next year.”

Mayer went on to great success on the World Cup circuit. He had four top-three finishes in 2003 and another four in 2005. He placed first at the Nature Valley World Cup race in Lake Placid in January 2005, finishing ahead of Finnish world champion Mikko Ronkainen and Lahtela. That result briefly made him the No. 1-ranked moguls racer in the world.

Mayer was involved in a tragic traffic accident in June 2005. He ran a stop sign in the Town of Wales, and his car struck a vehicle driven by Diane Hamblin. The collision knocked both cars into an adjacent field. Mayer was uninjured. Hamblin, a 44-year-old mother of two, was killed. Mayer’s car was traveling 30 mph and no alcohol was involved. Erie County sheriff’s officials decided not to file criminal charges against Mayer after an extensive investigation. Mayer was ticketed for failure to yield the right of way at a stop sign.

Later that year, Mayer resumed his skiing career. He qualified again for the U.S. Olympic team and placed seventh at the 2006 Winter Games in Turin, Italy. Then he retired.

Mayer is a fifth-generation member of the family that runs Mayer Bros., the West Seneca cider company founded in 1852. After retiring from skiing, Mayer completed his bachelor’s degree in economics from Cornell. Then he went onto earn a master’s in business administration from Harvard Business School.

He lives in Colorado. He will not be in attendance at the hall of fame dinner on Nov. 7. He has recorded a video message to accept the honor.