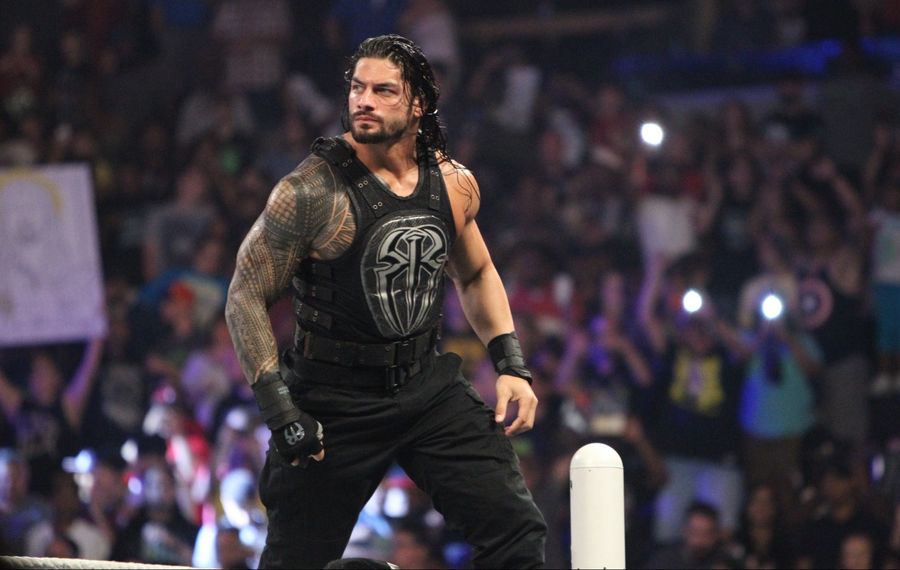 Friday Night SmackDown at KeyBank Center will look a lot differently than initially planned after flight issues will prevent the arrival of many advertised performers.

SmackDown is scheduled to air live from KeyBank Center on Fox but many of the anticipated talent were in Riyadh, Saudi Arabia, for the Crown Jewel event on WWE Network on Thursday.

Via its website, WWE said: "More than 175 Superstars, production crew and employees boarded a 747 charter flight back to the United States on Thursday. After the door closed, due to several aircraft problems including mechanical issues, all passengers sat on the tarmac for more than six hours.

"With SmackDown set to emanate live from Buffalo, N.Y., several Superstars felt so strongly that they arranged for their own separate charter in order to make it back to the U.S. for the show. Due to unforeseen issues, that charter will not land until after the live broadcast on FOX."

That charter was said to include Roman Reigns and Bray Wyatt among a group of 20 wrestlers and production personnel. The show in Saudi Arabia ended at 5 p.m. EST and the more than 6,000-mile flight is roughly 18 hours.

The remainder of the traveling party was to depart later Friday, WWE said. According to the Twitter feeds of various performers, the plane left Saudi Arabia at 10 p.m. ET Friday and was headed to New York.

A member of the traveling party told the News on Friday morning, "We are safe. Just waiting to get home."

Atlas Air, the charter company that operated the plane, issued a statement later Friday: “A chartered WWE passenger flight operated by Atlas Air is currently delayed in Riyadh, Saudi Arabia due to a mechanical issue. The flight was scheduled to depart at 0300 local time on November 1.

"Our top priority is always to ensure our passengers arrive safely and on time at their destination. The aircraft is being repaired and will be inspected and certified before returning to service to transport our passengers to their final destination. We regret that operational disruptions delayed the flight and apologize to our passengers who were inconvenienced.”

In the statement, WWE said Daniel Bryan, The Miz, Carmella, Nikki Cross, Dana Brooke and "additional surprises" will be part of the show in Buffalo.

Less than two hours before showtime, WWE announced that WWE champion Brock Lesnar would be on the show. Lesner and Paul Heyman were on a private plane from Saudi Arabia and were not impacted by the travel issues.

The company had advertised Bayley and Mandy Rose and Sonya Deville vs. Nikki Cross and Carmella and Dana Brooke for Buffalo, but changed the match to Bayley vs. Cross for Bayley's SmackDown women's championship.

The first WWE women's match in Saudi Arabia happened at Crown Jewel as Natalya defeated Lacey Evans, but the other members of the women's roster did not make the trip to Saudi Arabia. Sasha Banks is also in Buffalo, having made a promotional appearance for New Era cap on Friday afternoon.

"I am excited and ready for anything, six women, eight women, 10 women, you throw anything at me and I am excited," Cross said in a video filmed inside KeyBank Center and posted on WWE's Twitter feed. "We are going to make this special. It's going to be chaotic. We don't know what to expect. It's going be nuts. It's going to be crazy ...

"I might be cold outside in Buffalo, N.Y., but right here on Smackdown Live on Fox, it's going to be hot, baby. Hot. Hot. "

There was no announcement to the Key Bank Center crowd in the moments before the show other than to expect "surprises." Most in the crowd were aware of the situation. One fan had a sign that read, "My other sign was delayed in Saudi Arabia."

WWE flew in a large contingent from its Orlando-based NXT brand at the show and made their involvement the focal point, including an NXT title match in the main event in which Adam Cole retained over Daniel Bryan. That followed appearances by NXT women's champion Shayna Baszler, Matt Riddle, Keith Lee and Bianca Belair.

The show ended with NXT performers filling the ring and setting the change for a challenge to the SmackDown and Raw rosters at the Survivor Series pay-per-view.

Earlier in the day, some performers took to social media to express their frustration about the delay:

Bad day on Saudi Arabia, I hope to arrive before my birth.....

At this point and time We need all the prayers... brother.

WWE and Fox had advertised these matches for the show:

A MizTV segment with Bray Wyatt also had been advertised.

Reigns, Corbin, the Revival, the New Day and Wyatt were in Saudi Arabia.

The Miz did not make the trip and is expected to appear in Buffalo. Sami Zayn also is likely for the show.