A former Buffalo nursing home with a troubled history that includes the tragic and violent deaths of two residents has been donated to a religious organization.

Chabad of Buffalo, a Hasidic group, has accepted ownership of the tax delinquent structure at 1175 Delaware Ave. from a company associated with Long Island resident Benjamin Landa. Emerald South Nursing and Rehabilitation Center had operated there until it closed in January.

The future of the boarded-up building has not been determined, according to a Chabad spokesman.

"But whatever they do, they are planning for it to be in the best interest of the community,” said attorney Daniel Shlufman, who represents Chabad.

“They greatly appreciate the generous gift of this property,” Shlufman said.

A company associated with Judy Landa, the wife of Benjamin Landa, held the operating license for the nursing home. But after the state appointed Grand Healthcare Systems as receiver of Emerald South and its nearby sister facility, Emerald North, Grand Healthcare decided to close Emerald South.

The federal government had previously designated Emerald South a “Special Focus Facility” because of unsafe conditions.

Grand Healthcare, a for-profit New York City company, purchased the Emerald North building and land at 1205 Delaware in a $3.5 million deal that included the operating licenses for that facility and Emerald South.

The transfer of the Emerald South property to Chabad does not erase a myriad of legal actions and debt stemming from Landa’s involvement in the property dating back to 2012. 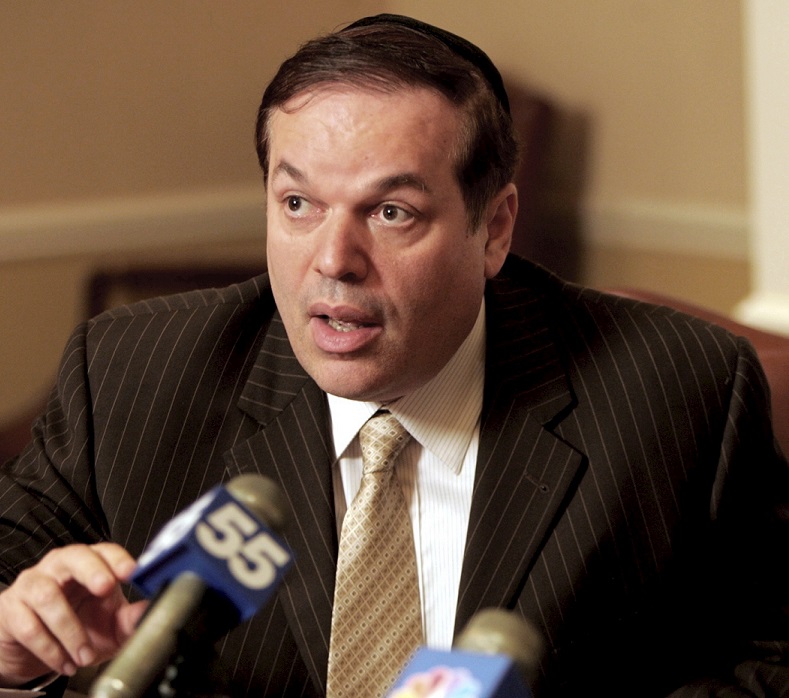 Sterling National Bank, which holds a mortgage on Emerald South and Emerald North, is suing Benjamin Landa and his companies, seeking $4.4 million from the $5.5 million loan the bank claims is in default.

In legal papers filed a week ago, Landa sought to block the downstate bank’s action. Landa protested that Sterling National has frozen a bank account of his containing about $1 million. The case is pending before Justice Catherine Nugent Panepinto.

Meanwhile, under a State Supreme Court agreement to avoid foreclosure on the Emerald South property by the City of Buffalo, Benjamin Landa's 1175 Delaware Avenue Realty LLC agreed to pay Buffalo $166,970 in back taxes and fees. The amount has not yet been paid, according to the city.

Erie County is owed $52,610 in unpaid property taxes, according to county records.

A law firm hired in 2014 by 1175 Delaware Avenue Realty to contest the property assessment of Emerald South on Monday filed a lawsuit against the company seeking payment for its services.

The firm, Wolfgang and Weinmann of Buffalo, had succeeded in lowering the property assessment from $3.4 million to $2.2 million last year. Under the agreement, the law firm was supposed to receive a percentage of the savings in property taxes, equaling $29,394, according to the lawsuit.

Bison Elevator Services Inc., a Buffalo firm, has also placed a mechanics lien against 1175 Delaware Realty for $10,819 in unpaid services, according to records filed with the Erie County Clerk.

Erie County Clerk Michael P. Kearns said that when there are multiple legal actions filed against a property it is an indication that “the property owner is in some financial distress.”

Kearns pointed out that there have been no county property taxes paid on the Emerald South property in recent years.

“It would be great to see the property come back as some positive reuse for the community,” he said.

Landa, the son of Holocaust survivors, is a devout Orthodox Jew with a passion for educating young people about the Holocaust and he donates millions of dollars to charities, Jewish schools and others, his spokesman has said.

Landa's spokesman did not respond this week to The Buffalo News' request for comment about Landa's donation of Emerald South or the lawsuits involving the property.