When Mary Wilson woke up Monday morning, she soon discovered it wasn't any ordinary date on the calendar.

Someone informed her that Oct. 28, 2019, was a major milestone to which she was connected by her late husband, Ralph C. Wilson Jr. It marked the 60th anniversary of when he founded the Buffalo Bills.

Appropriately, Mary, who lives outside of Detroit, spent part of the day as a guest speaker at an event at the Buffalo History Museum. Not surprisingly, she devoted a good portion of her time at Icons, a local sports exhibit in the Ralph C. Wilson Jr. Gallery on the second floor. Among many Bills-related items on display is one she donated, the yellow sport coat that Ralph received for his 2009 induction into the Pro Football Hall of Fame. She also plans to donate a replica of Ralph's Hall of Fame bust.

"I think it's so amazing that I am here at this moment in time," Mary said. "What Ralph brought here and what Ralph continues to bring here is truly mind-boggling to me."

Mary and Ralph were together for 25 years, married for 15. During that time, she not only went from not following football to becoming a rabid Bills fan, but also learned plenty of life lessons from someone she called a "joy to be around."

In the latest edition of One-on-One Coverage, Mary Wilson sat down with The Buffalo News to share her memories of her time with the former Bills owner, who died in 2014 at age 95; the work of the Ralph C. Wilson Jr. Foundation, and her transition from a standout tennis player to a golfer.

Buffalo News: What does Ralph's legacy mean to you?

Mary Wilson: To me, and particularly with the foundation and how the the evolution from the beginning to where it is now, all this great wealth that he is giving back to the community and how it affects so many lives and whether you are a football fan or not, the broad spectrum of lives that he's touching, I think, is just totally overwhelming. And the fact that I have been lucky enough to be a part of his life and then to be a part of his legacy, living on, I mean, it's truly hard to put it into words, really. 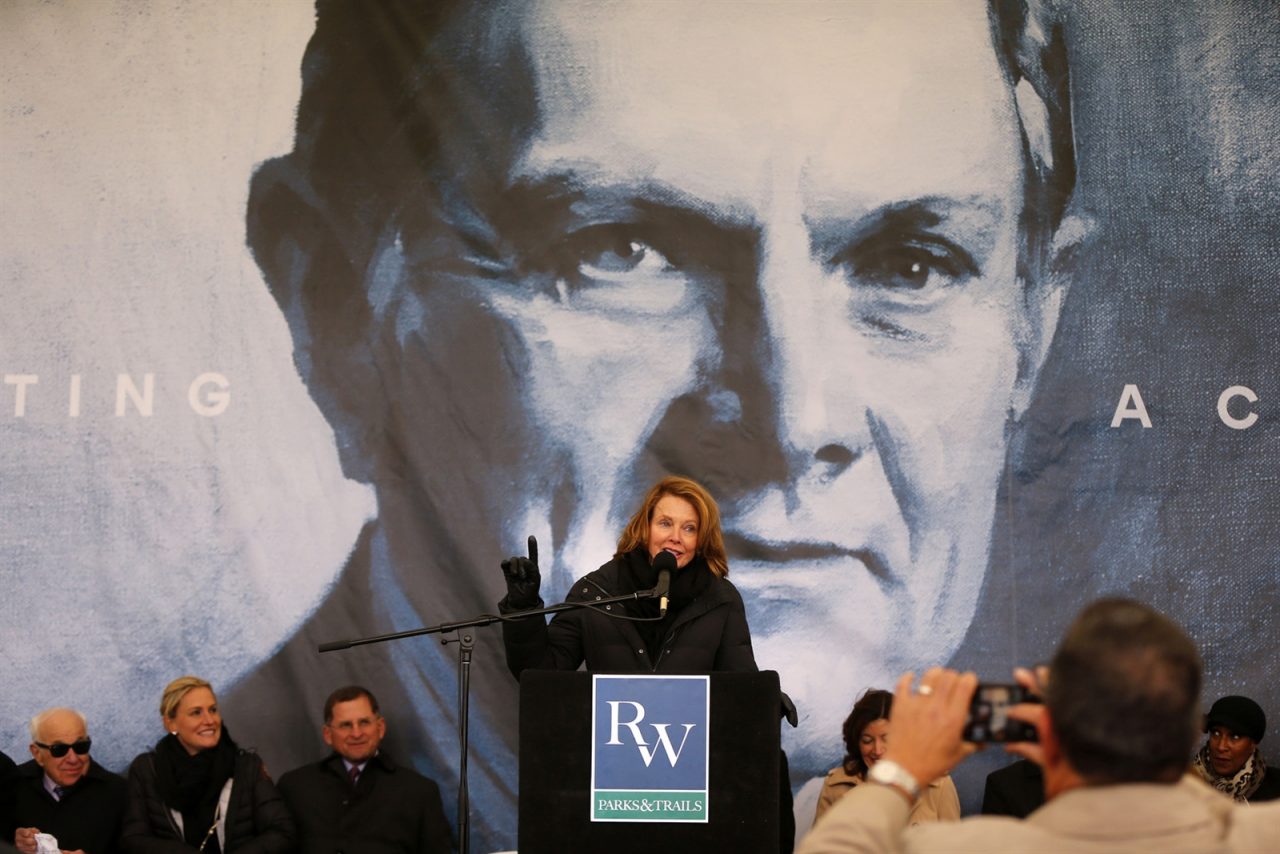 With a photo of her late husband behind her, Mary Wilson speaks during an announcement of the Ralph C. Wilson Jr. Foundation's $100 million investment into LaSalle Park and area trails. (Mark Mulville/Buffalo News)

BN: What do you think it would mean to Ralph?

MW: There were just so many little moments in Ralph's life. It didn't matter how much money you had, it didn't matter how important you were. He saw the individual and he enjoyed the individual. That is something you learned from Ralph. We played tennis with a person, Ralph called him "the Fish." The Fish had nothing. He lived in the Grosse Pointe (Mich.) area. He just rode his bike, he went out fishing and would sometimes come over and cook fish for us. Ralph really liked the Fish. He had a relationship with the Fish.

Another example is a man Ralph called Tampa. Tampa still lives in the Buffalo area. Every time Ralph left the administration building at the stadium, Tampa was there. And Tampa and his friend, who's no longer living, would congratulate Ralph after a win, so Ralph always stopped to talk to them and gave them the respect of the fans that they are. When the Bills were going to their first Super Bowl, those two guys were out there and Ralph nicknamed him Tampa because he took him and his friend to the Super Bowl, which was in Tampa.

That is just such an example of the person Ralph was. He was the type of person that embraces the individual and sees just – I wouldn't say the beauty of the individual – but just the person, the simplicity. Ralph had a great simplicity about him. That is really what made life so wonderful with him.

BN: When you think back to February 1990, when you and Ralph met, what was your sense of what the Bills meant to him emotionally, beyond the business aspect of it all?

MW: Well, I think what really blew me away in the beginning was when, coming here to a game, is how the fans reacted to him and how they treated him with a lot of respect, but with love. I think that is what really signaled my understanding of how important it was to him, because of the reaction of the fans and because Ralph was just a normal person. That's the most amazing thing about him.

BN: What was your very first impression of him?

MW: I first saw him in Antigua, West Indies, where he wanted to meet me. I was teaching tennis, running a tennis program there. I thought, "Well, why is he here?" That evening, we went out to dinner with Linda, his daughter, who also had taught tennis. And I was struck by just the the joy he had, the fun he exuded. He was just this fun person to be with. I had no concept, of course, of where this was going, but just (recognized) the natural, enjoyable person that he was.

When I first saw him, he was 70. But when you when you talked to him and you got to know him, he was so youthful. So the thing that impressed me the most was his just his joy and the ability to laugh. But what was cute about it, I think, is the fact that it was just so natural being with him and meeting him. He was just a joy to be around. 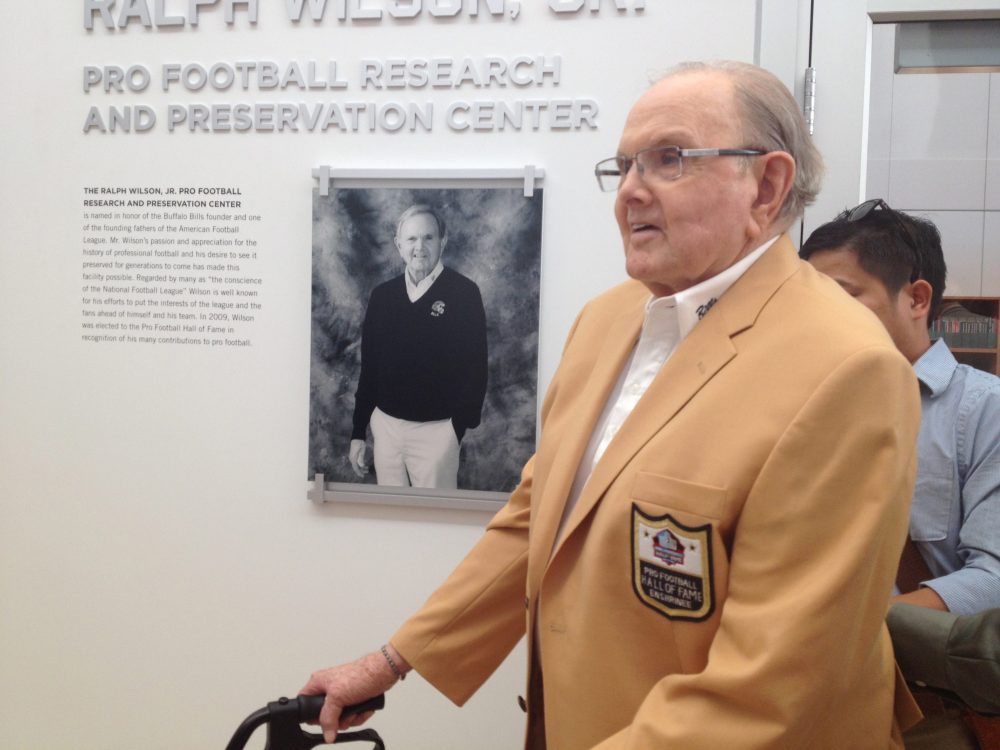 BN: You knew he owned the Bills, of course. How did you feel about that?

MW: It didn't impress me. I wasn't a big football fan. I was certainly impressed with his energy and his joy of life. That's what impressed me the most.

BN: How much do you recall of Ralph's involvement with the team, given that much of what he did was from home in Detroit?

Recently, a player from the '90s, Mark Pike, came up to me recently. We had a long conversation about Ralph. He said, "I admired Ralph so much, because he let us be players. He let the coaches coach and he did not get in the way. And he was proud of us no matter what." 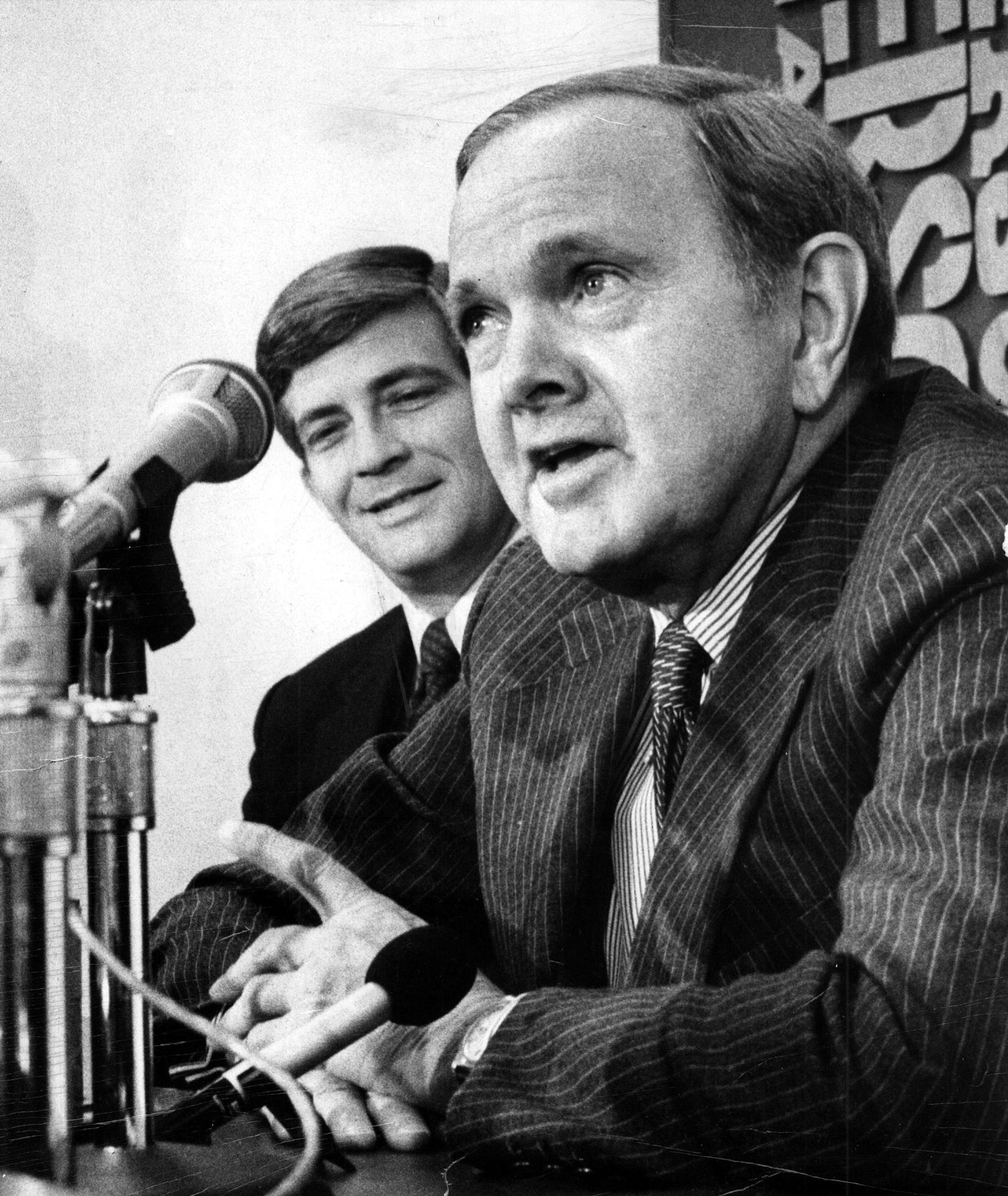 BN: How many Bills games do you attend?

BN: You were a highly competitive athlete, you play to win Wimbledon in 1972. How do you get your competition fix these days?

MW: It has gone up. My best handicap was like a 12-something index. Now, it's about a 19. I'm working on it. I'm going to be the most improved this year, because it's coming down.

BN: Who's your favorite tennis star?

BN: Who's your favorite women's star?

MW: I loved Billie Jean King. Not only that, she's done so much for women in sports. But today, they're just so many young great players. I love that Canadian that just won at the U.S. Open, Bianca Andreescu. I love how she moves on the court.

BN: As far as your role with the RCW Foundation and all it's doing in Western New York, what do you like, first of all, about Explore & More Ralph C. Wilson Jr. Children's Museum in Buffalo?

MW: Oh, I love it. I was there before it opened. Actually, I met one of the designers. I love the fact all these kids can go interact. But I also love that they have Fridays for autistic kids. As a matter of fact, one day this year, coming from a game, I had a flat in West Seneca. Two policemen helped me out and I wanted to invite them to a game, but they can't accept that. But one of them called me the other day and he said, "I just want to thank you for Explore & More. I have an autistic son, and we go down there on Fridays, and it's wonderful."

That's what I love. I hear so many stories of how something that the foundation is doing is affecting communities and lives in a very positive way. And it could be $25,000. It could be $4 million. It could be $50 million. It's all of it on so many different scales. I love where it is. And I love that story of Explore & More, how it began in a home and how it has now come to fruition.

BN: What do you like about the plan for the reconstruction of LaSalle Park?

MW: First of all, I love Michael Van Valkenburgh, who is the architect and has a great philosophy about bringing people to the river, to the water. And I love that, again, it goes back to Ralph connecting people and he is connecting all kinds of people to come to LaSalle Park and experience it. And the bridge is going to be an iconic bridge that will bring that those communities over to the park. It's a huge statement of how far Buffalo has come and bringing people together of all nationalities, all interests, all socioeconomic levels. And it's my favorite thing, parks and trails.

BN: What else is the foundation doing that you're excited about?

MW: I love our Project Play and what we are involved in with the Aspen Institute and kids just getting out and playing. Organized sports have become too expensive for so many people. So getting out in your neighborhood and playing and the joy of ports, I love that.

BN: Anyone who ever dealt with Ralph on a regular basis will tell you that he had a great sense of humor, was able to crack a joke even in the darkest times in the Bills' history. How much do you miss that and how did your marriage to him impact your ability to view life with more humor?

I learned a lot from Ralph. I learned a lot about appreciating people for who they are. Don't discard someone for whatever reason. But also just bring laughter to whatever. Bring your good sense about things, but just enjoy a good laugh.