Torpedoed: The True Story of the World War II Sinking of "The Children's Ship" by Deborah Heiligman; GodwinBooks/Henry Holt, 267 pages ($19.99) Ages 10 and up. 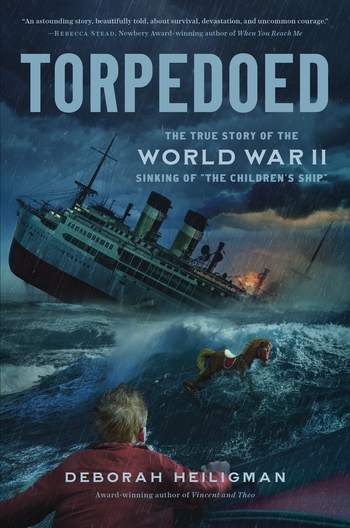 Deborah Heiligman, author of National Book Award finalist "Charles and Emma" and Printz Honor book "Vincent and Theo," again combines her talent for meticulous research and her gift for storytelling in this gripping narrative of the tragic sinking of "The Children's Ship" by a German torpedo during World War II.

The expert dramatic pacing of the story truly makes this a page-turner, as she leaves the reader guessing who will die, who will survive aboard the passenger liner SS City of Benares, which set sail from Liverpool for Canada on Sept. 13, 1940 (a Friday the 13th), with 400 people aboard, 100 of them children.

She paints a vivid picture of the danger in Britain that convinced so many parents to part with their children, hoping to send them out of harm's way under a government program called the Children's Overseas Reception Board. The reader first meets 13-year-old Gussie Grimmond, her parents and nine siblings rushing to an underground shelter on Sept. 9, 1940, as German bombs rained down on London, killing 400 people and destroying the Grimmonds' home including suitcases packed for five of the children.

Heiligman includes photos of the ship and colorful details about how luxurious it was with a playroom full of toys and a giant rocking horse, a beautiful library and lounge, and delicious meals served by waiters from India. (The surviving crew members from India were not interviewed after the disaster, due to the racism and classism of the era, and despite Heiligman's best efforts, she was unable to unearth their stories.) The children used to wartime rationing were thrilled with the ample food; children who survived recalled later that "the loss of all that ice cream felt like a terrible tragedy." Ominously, the ship's captain, asked during dinner by a guest on board if he would have sent his own daughters away, said he'd as soon as put their hands in the fire.

She vividly evokes the terror and confusion of the night the torpedo struck, the fight to get up to the deck (furniture was not bolted down), the crashing waves, the scramble to launch the lifeboats in a stormy sea, one lifeboat tipping those aboard to their deaths in the ocean 30 feet below.  She focuses on the experience of a handful of passengers, including 11-year-old Colin Ryder Richardson, whose red silk custom-made life jacket, doubling as a coat, helped save his life (and first inspired Heiligman to write this book). There are stories of heroism by both adults and children including music teacher Mary Cornish; 23-year-old aspiring divinity student Michael Rennie, Hungarian journalist Laszlo Raskai, 9-year-old Jack Keeley and 13-year-old George Crawford who died pulling another boy onto a lifeboat. 14-year-old Bess Walder and Beth Cummings clung together for hours aboard a wooden life raft. The narrative is filled with vivid details: one girl's ratty green wool bathrobe, brought on the voyage over her mother's objections, helped save her life – and reunite her with her brother. (Particularly heartbreaking are the stories of children who lost siblings at sea.)

The ordeal of those awaiting rescue in the storm-tossed North Atlantic makes for a gripping read. Particularly compelling is the fate of those aboard a forgotten lifeboat, its many passengers given up for dead, stranded for days with little food and water. The personal stories take place against the backdrop of a world at war: the fateful tactical disagreement between the ship's captain and the commodore of the convoy, the decision not to reveal the ship – which was equipped with defensive guns and likely carried  a large amount of gold – was carrying children (the German U-boat crew had no idea children were aboard; its commander suffered a mental collapse when he learned what happened months later).

Heiligman ends her heart-rending story on a particularly poignant note: a letter mailed to Winnipeg, intended to greet 9-year-old Beryl Myatt, an only child, upon her arrival. Beryl was one of the 77 CORB children who died. "Our Dearest Beryl: This is our second letter to you since you set out on your big adventure." 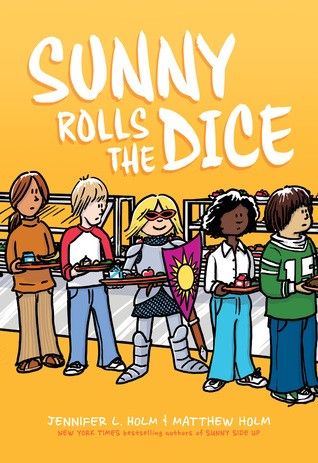 Siblings Jennifer Holm and Matthew Holm offer another blast of 1970s nostalgia in this new installment of their charming Sunny graphic novel series. (In the first, Sunny was sent to live with her grandfather in a retirement community while her parents dealt with her older brother's drug abuse.) This time around, Sunny is trying to navigate middle school and finds her best friend only wants to talk about makeup, boys and being cool (or "groovy") while Sunny just wants to play Dungeons & Dragons with her new friends. A "groovy meter" appears periodically to show where Sunny rates.

Although they likely haven't heard of lava lamps, the target age group will enjoy Sunny's story as she attends a roller skating party and the school dance, is told she's too old to go out trick or treating and faces a choice between playing D&D (not groovy) or doing more "adult" things like going to the mall to get her ears pierced. A page is devoted to "galoshes," the awful rubber boots kids in the '70s wore over their shoes that were impossible to take off.