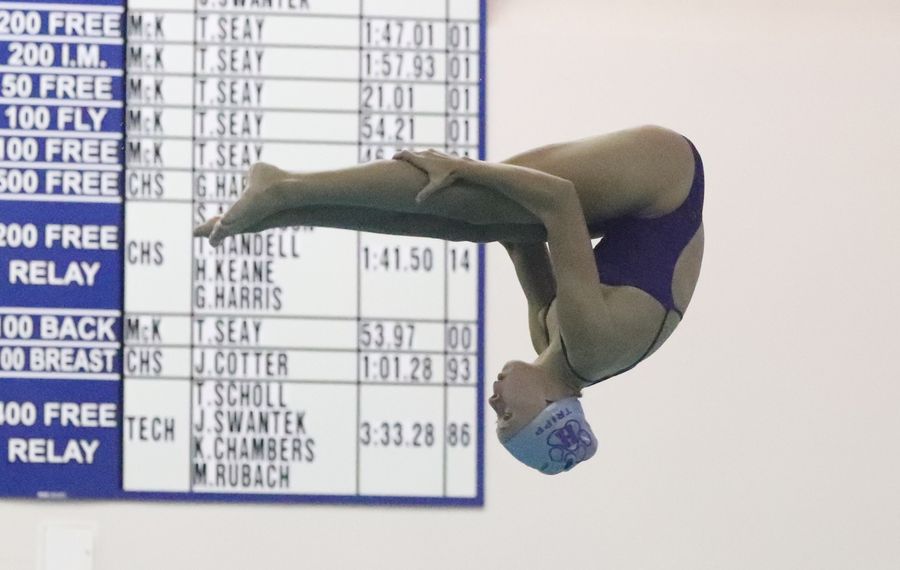 Elizabeth Tripp of Hamburg led all divers with a score of 492.75 in the girls one-meter dive at the Section VI class championships on Thursday.

Tripp is a four-year varsity diver for Hamburg and a captain of the team. She has broken all of the Bulldogs diving records in the six and 11 dive category and broke Lancaster’s pool record in September.

Nine divers in total qualified for sectionals with scores above 310.00 in Class A. Tripp will be joined by Kelsey Sainsbury of West Seneca West, Sophia Patterson and Gina Hahn from Niagara Wheatfield, Alexa Seelbach and Caroline Rossi from Williamsville North along with Rheese Maggio from Jamestown, Nicole Spiegel from Clarence and CaraRose Lamb from Niagara Falls.

Tripp was the only one to finish with a score to automatically qualify for states in Class A.

Class B was led by seventh grader Elizabeth Pucci-Schaefer from Fredonia with a 458.32 score. Her along with junior Brooke Eichel (445.85) from Grand Island had state qualifying scores. West Seneca East senior Lindsey Weissman narrowly missed the mark at 439.55, needing a 440.00.

Hope Marshall from Panama led Class C divers with a final score of 447.30 to qualify for states. Nine divers qualified for sectionals from the class.

The sectional diving championships will be held on Nov. 7 at Maryvale, beginning at 4 p.m.

The finals for the class swimming and diving championships resumes today at 9 a.m. with Class B at Erie Community College.