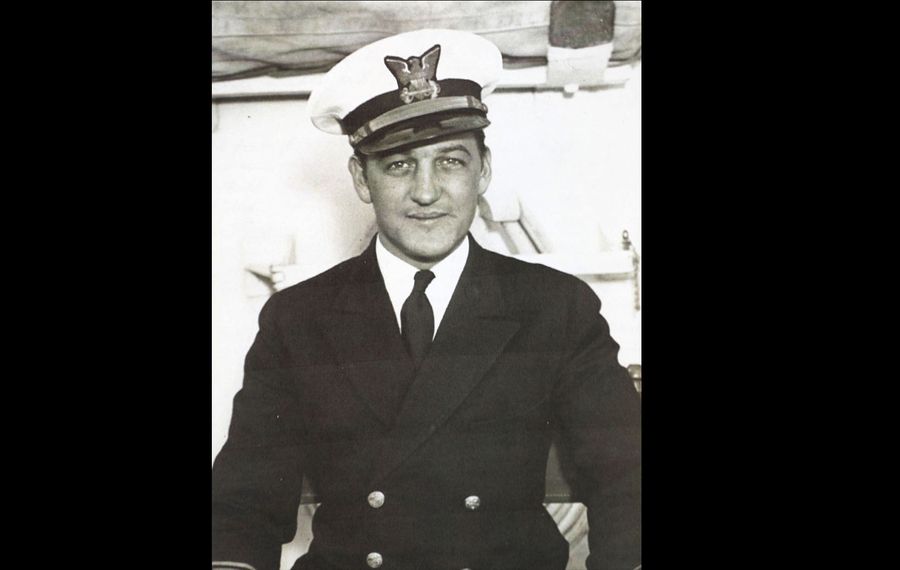 The commandant of the U.S. Coast Guard intends to be in Buffalo for Saturday's funeral Mass and burial of Lt. Thomas "Jimmy" Crotty, a World War II legend and a native of South Buffalo whose remains are expected to return this week to his hometown.

Admiral Karl Schultz, the 26th commandant of the Coast Guard, plans to attend the services, Lt. Paul Rhynard confirmed Wednesday. Gov. Andrew Cuomo also announced that flags on all state buildings in New York will be lowered Saturday as a statement of honor for Crotty, a Coast Guard figure of historic magnitude.

"We all owe a debt of gratitude to Lt. Crotty for his service and making the ultimate sacrifice while defending our country to ensure freedom for future generations of New Yorkers," Cuomo said in a statement.

Patrick Crotty of Orchard Park - a nephew whose relatives are gathering for this weekend's events - said his family remains grateful and honored at the response.

Crotty died at 30 in a Japanese prison camp, after his feats amid the siege of Corregidor – an island fortress in the Philippines – turned him into an enduring Coast Guard legend. Described by historians as the leading Coast Guard expert of that era on explosives and mine warfare, the South Buffalo native was assigned to serve with American naval forces before the Japanese attack on Pearl Harbor, which soon ignited the long battle for Corregidor.

During that time, Crotty served as second-in-command on the USS Quail, an American minesweeper. He was among those who routinely risked their lives by using two motor boats – a chain thrown between them – to search for mines and sink them, thus clearing a path for American submarines.

The Americans finally relinquished Corregidor in May 1942. Crotty died two months later, claimed by a diphtheria epidemic in the Cabanatuan POW camp. After the war, the Americans buried there were moved to a common grave in the Manila American Cemetery, until DNA testing allowed the Defense POW/MIA Accounting Agency to make a positive identification regarding Crotty in late summer.

His remains will arrive Friday at the Niagara Falls Air Reserve Station. A funeral Mass will be held Saturday in St. Thomas Aquinas Church, 450 Abbott Road, followed by burial in Holy Cross Cemetery in Lackawanna.