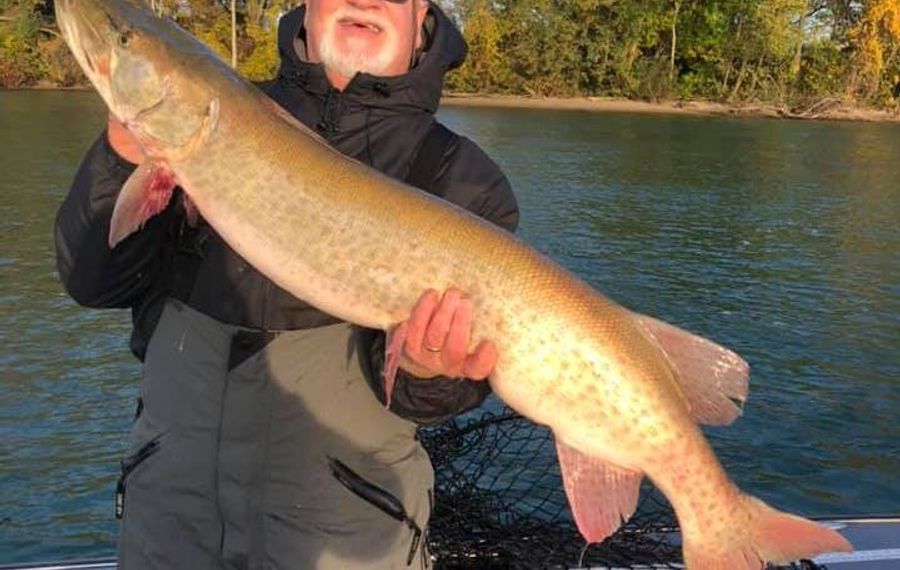 With the arrival of more intense hunting seasons, look for popular fishing areas, such as the tributaries off Lake Erie and Lake Ontario, to see less pressure overall. Niagara River musky action is starting to ramp up, just in time for the Tim Wittek Memorial Contest run by the Niagara Musky Association on Sunday. However, high winds could muddy the water by then. Trout action in the lower Niagara River is improving, too.

Steve Brzuszkiewicz of Marilla sends word that the opening to the Sturgeon Point launch was just about closed over the weekend and boaters should find an alternate launch. After catching some perch and walleye, they launched at Cattaraugus Creek at the Hanover launch and, fishing with Tom Baskerville of Marilla, managed 25 perch and a couple walleyes in 50 feet of water. They went looking for bigger fish and managed to catch their limit in 57 feet of water in short order on emerald shiners and salted minnows. Capt. Joe Fonzi of Gasport had a successful perch outing off Buffalo on Saturday as well. Another bass tournament is scheduled by WNY Bassmasters for Saturday. As far as the tributaries, a few more trout have made it into the streams but action has been spotty, according to Danny Colville at Colville Outfitters in Hamburg. Colville reports that the fish that have trickled in have moved way up into the system. As a result, it's sporadic down low. If you find them, though, they are biting good. White jigs and soft BnR beads have been the ticket. The stream mouths are still holding lots of fish. Spoon fishing is great and spinners work well near the mouths. The Buffalo system saw its first runs of fish and there are some to be had down low according to Colville. A few bonus browns, cohos and pink salmon also are showing. 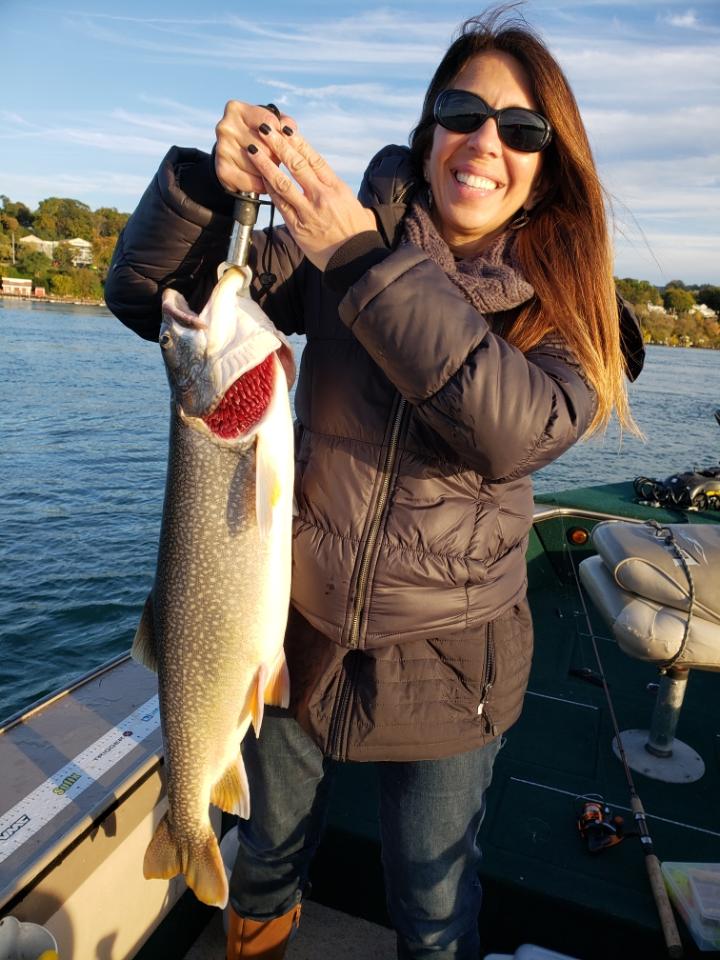 High winds over the weekend created turbid conditions for drifters and casters. Mike Rzucidlo of Niagara Falls found decent success off the NYPA fishing platform despite 2 feet of visibility, using eggs to take steelhead and carp; colorful jigs to take salmon and walleye over the weekend. There have been a few high-water issues on the NYPA platform so be aware. Some fish are available along Artpark from shore, both steelhead and browns. Lake trout are being caught, but lake trout season is closed. Spinners and eggs or egg imitations like beads are catching primarily trout. Lisa Drabczyk of Creek Road Bait and Tackle reports bass are cooperating by Fort Niagara and big walleyes have been hitting along Artpark and Stella, as well as in Devil’s Hole. The water was clearing but the next big wind event is set for Thursday into Friday. This could rile up the water up and affect the Tim Wittek Memorial Tournament on Sunday. Musky action has been good in the upper river. Jeff Pritchard from the Lockport area was fishing with Capt. Chris Cinelli of Grand Island last week and caught four muskies in one trip bottom bouncing with large shiners. That is an incredible day.

Many of the tributaries flowing into the lake are murky, making for some tough fishing. However, Karen Evarts at The Boat Doctors in Olcott reports that fish are being caught in places like 18 Mile Creek with egg sacs and beads at the top of the list. Reports of a fresh run of salmon moving into the creek was substantiated on Tuesday by Evarts, and things were hopping at Fisherman’s Park. Ron Bierstine at Oak Orchard Tackle and Lodge also reports stained water with 1 to 2 feet of visibility. Flow is medium to high with decent numbers of browns and steelhead hitting the river. Some salmon have shown up, but that run remains limited in numbers. Johnson Creek has seen good trout action this week, especially around the dam at Lyndonville. A few fish are being caught off the piers casting spoons, spinners or fishing eggs under a float.

In the Big Baller Musky Tournament held Oct. 19 by Muskies, Inc., Chapter 69 on Chautauqua Lake, Chad Lapa of Hilton and Andy Lacko of Kenmore was the winning team by catching three muskies (33 inches, 34 inches and 47 inches) and scoring 36 points based on a unique scoring system. A 30-inch musky earns 4 points. Every inch above the 30-inch mark earns a point. It was a “casting only” tournament and all fish were measured and released. The winners were casting jerk baits. There were a total of 43 anglers (with one being a youth) and 28 legal fish were caught. The second-place team of Calabrese and Bish also caught three fish, but their fish lengths were one at 35 inches and two at 36 inches for a total of 29 points. Third place went to Brian "Captain Chaos" Clark and his partner Rob Carr.

Steve Hawkins said more fish made it onto the leaderboard this week. The top fish included:

Dave Muir of Wheatfield took over the yellow perch division with a 13 3/4-inch Lake Erie fish. Dan Breloff of North Tonawanda caught a 30-inch steelhead from the lower Niagara River on a soft bead. Joel Meister of Lockport reeled in a 40.5-inch Chinook salmon from a favorite Lake Ontario tributary, caught on a bead. Alex Hepworth of Williamsville caught a 27 3/4-inch brown trout from a Lake Ontario tributary on a bead.