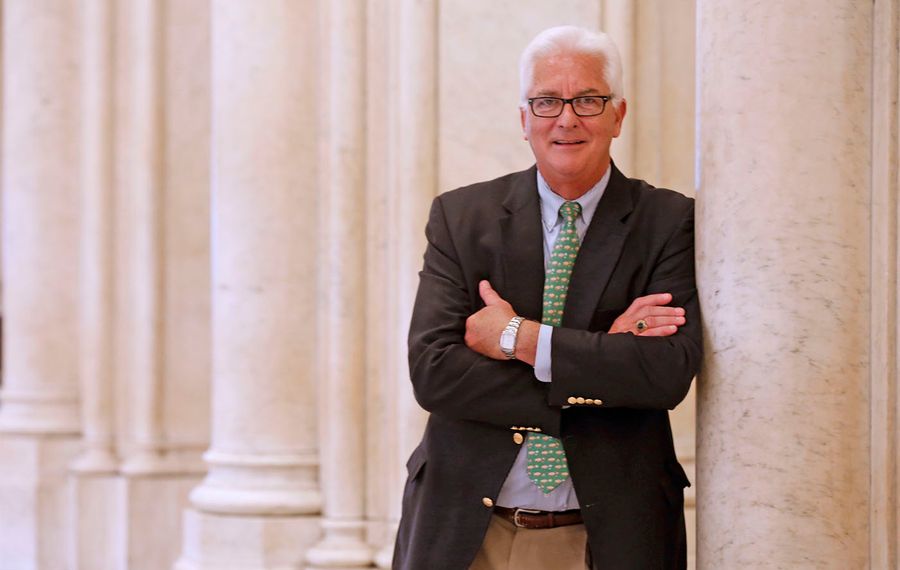 WASHINGTON – Twenty-one years after playing a key role in the impeachment of President Bill Clinton, former Rep. Jack Quinn is anything but thrilled that another such drama is enveloping President Trump's White House.

"My history tells me that it's just a torturous process for everybody involved, with very few winners," said Quinn, a Hamburg Republican who declined to discuss whether Trump should be impeached.

"I think that there's overwhelming evidence that he is unfit for office," said LaFalce, a Town of Tonawanda Democrat.

The Buffalo News approached both former lawmakers in recent days to ask them to reflect on Clinton's impeachment and the lessons current lawmakers could learn from it as they consider an evolving case against Trump.

Two remarkably different points of view emerged from those conversations.

Quinn didn't want to get into the particulars of the case Democrats are building against Trump, who stands accused of withholding military aid to Ukraine in order to pressure that country's president to investigate a potential Trump campaign rival, former Vice President Joe Biden, and his son Hunter.

"I am not going to have an opinion on this, simply because first of all, I don't get a vote," said Quinn, who left office in 2005. "I'll watch this play itself out."

That's quite unlike the approach Quinn took in 1998, when Clinton, a Democrat, faced an impeachment vote in the House. Soon after revelations emerged about Clinton's White House affair with intern Monica Lewinsky, Quinn indicated that based on what he had heard at the time, he didn't see the "high crimes and misdemeanors" that the Constitution calls for as justification for impeachment.

But after delving deep into the impeachment case his fellow Republicans built against Clinton, Quinn became convinced that Clinton lied under oath and tried to obstruct justice. So Quinn reversed course and announced he would back Clinton's impeachment.

Looking back at it all now, Quinn recalls a politically divisive time that he wishes the country did not have to relive.

Worse yet, at times of impeachment, the acrimony even extends beyond partisan lines.

"There's zero trust among the legislators and sometimes within parties," Quinn said. "Anyone who thinks opposite is suspect. You're a traitor."

In that environment, Quinn said, routine legislating goes from difficult to impossible. That's why he's worried the Congress might not pass funding legislation necessary to keep the government operating past Nov. 21. 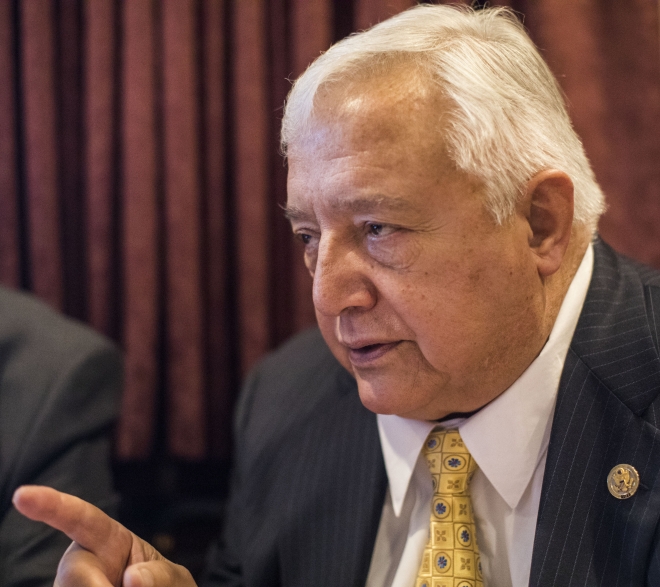 "Once this impeachment process begins, nothing else will get done," said Quinn, who called the 1998 Clinton impeachment inquiry "just the worst period of time during my 12 years in Washington."

LaFalce wasn't thrilled with that period of time, either, for different reasons. He opposed Clinton's impeachment, and still does – while slowly coming to favor Trump's impeachment.

"Clinton was trying to cover up the affair that he had with another woman to protect his marriage, primarily, I suspect," LaFalce said. "It was wrong. But you know, it didn't affect the national security of the United States. Here, we're talking about something much more serious."

Only a month ago, LaFalce said he had mixed feelings about Trump's impeachment. Even though the former congressman saw grounds for it, he said he feared that Trump's impeachment would only result in his acquittal in the Republican Senate – thereby allowing Trump to claim the entire investigation had been a witch hunt.

Noting that Republicans lost seats in the 1998 because the public opposed impeachment, LaFalce said last month that he feared Trump's impeachment could "boomerang" on the Democrats.

But as more and more witnesses have come forward with evidence that Trump did tie aid to Ukraine to a political favor, LaFalce has come to view impeachment as an imperative.

"He's attempting to interfere in the 2020 election, or trying to get a foreign country to interfere," LaFalce said. "And it seems pretty conclusive."

To LaFalce this is just the one particularly horrible incident on a long list of Trump misdeeds, from encouraging Russian interference in the 2016 election to alienating the nation's longtime allies to abandoning America's Kurdish allies in Syria.

That being the case, LaFalce seemed much more focused on Trump's impeachment than Clinton's.

Not surprisingly, LaFalce and Quinn also disagreed on the impeachment process itself.

Asked how House members ought to move forward on impeachment, LaFalce said: "Proceed the way they are proceeding."

He said it's only natural for the impeachment process to begin with private depositions, with public hearings to follow. And the Democrats overseeing the impeachment proceedings – most notably House Speaker Nancy Pelosi and Intelligence Committee chairman Adam Schiff, both of California – have already proved themselves up to the task of treating Trump's transgressions seriously, LaFalce added.

Asked the same question, Quinn didn't focus on how the Democratic House leadership is handling impeachment, but rather the dilemma that individual House members will be facing as they consider the evidence against Trump.

"I think it benefits the members who are going to be voting on this topic to know know exactly what's going on – and that's not going to be given to you without filters because of the politics I talked about," Quinn said. "You've got to go find it. I would encourage them to go do that."