They talked up what made their companies exceptional, they forecast job growth and they predicted Buffalo would be an ideal fit.

But only 10 of the 15 finalists who made pitches in the 43North business plan competition advanced past Tuesday's qualifying round, to compete in the main event on Wednesday.

Judges reduced the field after listening to a day's worth of pitches at Seneca One tower's auditorium. Each of the contenders were given five minutes to make their pitch, followed by up 10 minutes for questions from the judges.

The scene shifts on Wednesday to Shea's, and a higher-pressure setting. The finalists will pitch to a different set of judges, in an event organizers promise will have more glitz than years past, in front of an expected packed house.

The grand prize winner will claim $1 million. Seven other finalists will be awarded $500,000 each, and two other finalists won't win any money. A total of $4.5 million in prize money will be handed out, and an additional $500,000 in follow-on funding will be set aside for the end of 2020.

"That's monumental in the world of competition like this," said Jordan Levy, 43North's chairman emeritus. 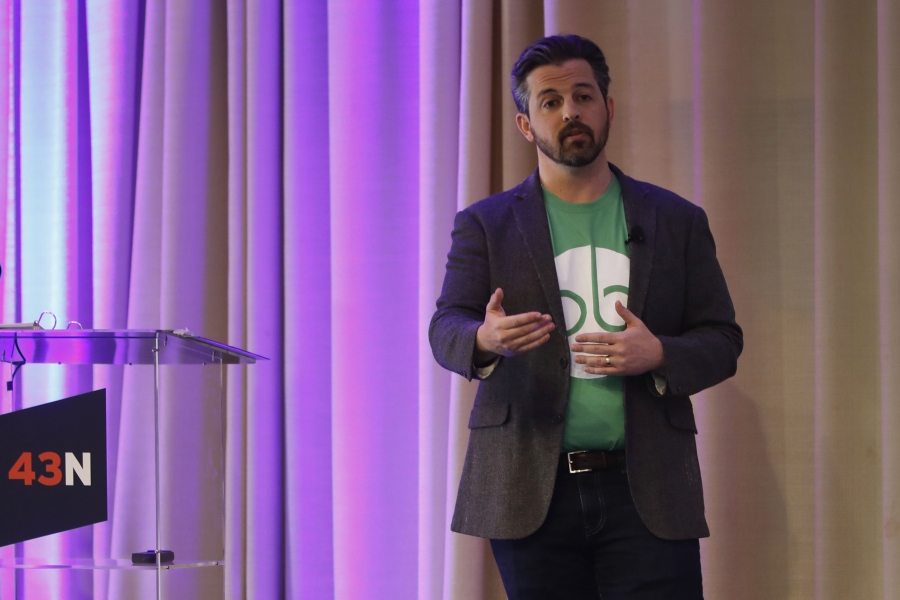 The 15 finalists were in elite company just getting this far, emerging from a pool of 528 applicants. The finalists came from as far away as Seattle, San Francisco and Poland. Some founders wore T-shirts emblazoned with their companies' names.

"I'm really proud of all the companies," said Alex Gress, 43North's president, after the last of the pitches. "This is a group that's really thinking about anchoring and accelerating here in Buffalo."

Some of the contenders emphasized the Buffalo angle of their growth plans, citing the connections they intended to make here or the hiring they planned to do in the first year. Capti, which created a digital literacy and learning tool, has already moved its base of operations to Buffalo from Long Island, though it failed to make the cut Tuesday. Chinwe Onyeagoro, founder of PocketSuite, said the cost of office space and talent at the company's home base of San Francisco "has gone through the roof."

HotelsByDay, a New York City-based company, said it already has two employees in Buffalo and has partnered with HiOperator, a 2018 43North prize winner. HotelsByDay books daytime-only room hours for travelers who need to recharge or a few hours to work.

"We cannot wait to join this community of Buffalo entrepreneurs and being able to grow our company, and scale it up," said Yannis Moati, the CEO.

Company founders highlighted local connections. Ofo Ezeugwu, founder of Whose Your Landlord, which focuses on the rental housing industry, said his parents met as students at Niagara University. Circuit Clinical, which helps match patients with clinical trials, is based in Buffalo and has 24 employees.

The 43North prize winners are required to base their operations in Buffalo for at least one year, and 43North obtains a 5% equity stake in their companies. This is the sixth edition of 43North, which was launched as part of Gov. Andrew Cuomo's Buffalo Billion program, to help boost Buffalo's startup environment.

The 10 companies that will compete at Shea's are: