Jim Salgado had a couple of childhood friends come visit him last week at One Bills Drive.

A defensive assistant on coach Sean McDermott’s staff, Salgado gave his buddies a tour of the team facilities. As he was walking through the state-of-the-art performance center and then out onto the practice field inside the fieldhouse, a thought struck Salgado.

“It just showed me how lucky I am to have a job that I love to do,” he said Thursday. “I love to coach, and now I’m at the highest of the highest level. This is a special place and there are a lot of special things happening. I’m just glad that I’m able to be a part of it.”

Salgado’s role as a defensive assistant is one that doesn’t draw much attention, so it was noteworthy this week when Salgado was singled out by McDermott during his Monday news conference. Specifically, McDermott praised the work Salgado has done with the Bills’ nickel cornerbacks. Because of an injury to Taron Johnson, the group has included three more players: Kevin Johnson, Siran Neal and Dean Marlowe.

“Jimmy has done a really good job getting them ready to go week to week,” McDermott said.

Salgado, 47, came to the Bills shortly after McDermott was hired in 2017. Their relationship dates back to the time McDermott was a position coach with the Philadelphia Eagles and Salgado was part of the NFL’s Bill Walsh Minority Coaching Fellowship, a program designed to increase the number of full-time minority coaches working in the league.

Salgado went through the Walsh Fellowship a remarkable eight times. The first of those was in 1999 on Jimmy Johnson’s staff with the Miami Dolphins. From that point on, Salgado knew the NFL was his ultimate goal.

“So I just kept chipping away,” he said.

Andy Reid’s staff with the Eagles proved to be a breeding ground for future head coaches. In addition to McDermott, nine other staff members from Reid’s teams in Philadelphia have gone on to become head coaches.

Salgado did internships with several of them, but it wasn’t until McDermott took the Bills’ job that he got his first full-time gig.

“We had talked in the past about maybe having an opportunity, so when he had got the job, it wasn't long after I got a phone call,” Salgado said. “I was actually out recruiting in the middle of, I think Tennessee, and he called me up and talked to me about the position. It’s a dream that I had been waiting on. It’s been a great, fun three years so far.”

“For her to be able to come back here for my first NFL job and have some awareness of everything around here was pretty exciting for us,” Salgado said.

Prior to coming to Buffalo, Salgado spent seven years at Princeton, including four as the defensive coordinator. He’s had several other jobs in the college ranks, including four years coaching the secondary at Syracuse from 2005 to 2008 and time at his alma mater, Hofstra, where he was a three-year starter at cornerback.

“He's been knocking at the door of the NFL for a number of years,” McDermott said. “You get to know him as a family man and a guy that works extremely hard. Another example of the growth mindset. He was always trying to learn, coming down to study in Carolina or Philly. Just going around to learn, so he could take another step and provide for his family as well. So it's good to see.”

Salgado’s long path to the NFL is one that has resonated with his players.

“That's something he spoke to me earlier this year about when I first moved to nickel. No matter how hard the job is, just keeping work at it and you'll eventually get there,” Neal said. “With him telling me that he went through that many internships just to get to this point, it's like, ‘Dang, if you keep at something, you'll eventually get it.’ Now he's doing a great job with the guys. It shows where hard work will get you, and now that he's got the job, he's working even harder to get something bigger.”

The results this season for the Bills’ defense will certainly look good on Salgado’s resume. Even after Taron Johnson got hurt in the season opener and missed the next four games, the Bills haven’t missed a beat.

“How he's got the whole group working as one, no matter who they put in the game, they go in and do a good job,” Neal said. “That's on Jimmy and his style of coaching. He gets everybody ready to go, no matter who it is.” 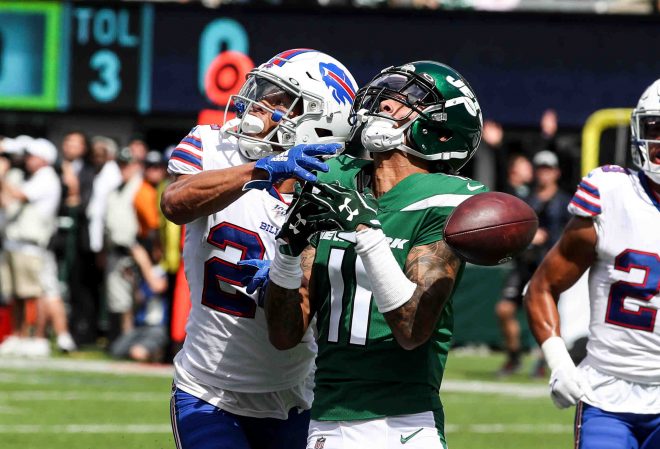 Collectively, Taron Johnson, Kevin Johnson and Neal have been targeted 26 times in slot coverage. They have allowed 18 catches for 159 yards, but no touchdowns.

“We always talk about overlap teaching,” Salgado said. “A lot of the techniques carry over whether you're a corner, a nickel or a safety, which is a great thing about our defensive system. Then you've got a bunch of guys that love the game and love to work. They come in extra. Not only the allotted times that are on our schedule, but they know that we're here, whether it be early in the morning, before the day starts, or at night, after practice when they're done. They're coming in wanting to meet more.

Salgado’s players all share similar ideas of what has made him a successful coach. His attention to detail, work ethic and unwavering style are the two most frequently mentioned attributes.

“He coaches us all the same, whether it be me and Kevin being in year five or Siran and Taron being year two, everyone is coached the same,” Marlowe said.

“He's so detailed in what he coaches and I feel like that's one of the main keys to being a good coach,” added Taron Johnson. “If you've got a coachable player who is willing to listen to everything you have to say as a coach, I feel like you're going to be compatible. He's just so detailed in his work, and not all coaches are like that.” 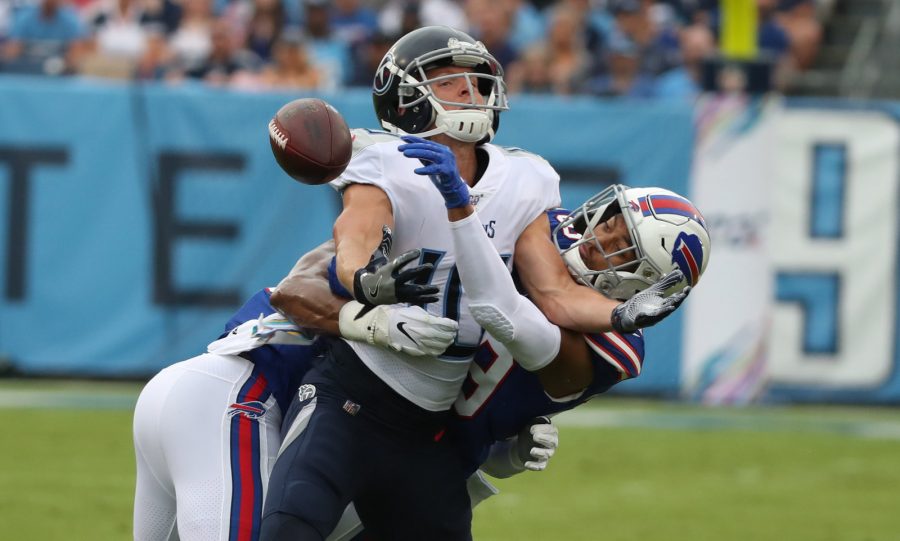 Each of the Bills’ four players used at the nickel position this season has different skill sets. Taron Johnson is the smallest at 5-foot-11 and 192 pounds, even though he plays bigger. Neal and Marlowe are listed at safety on the team’s roster. They are similar in size at 6 foot, 206 pounds and 6-1, 208 pounds, respectively. Kevin Johnson, meanwhile, has played more outside cornerback in his career up to this point.

“He's helped me a ton, especially with me going inside,” Kevin Johnson said. “I hadn't done that really, and he caught me up to speed, got me lined up so I can play fast. … He knows the defense really well. He's really good at explaining it to us — going over every single thing. I mean, it's been effective just based on how well we've done out there.”

Which leads to the question: Could the Bills keep up the rotation? Taron Johnson returned from his injury last week against the Dolphins, playing 34 defensive snaps. Kevin Johnson played nine, while Marlowe got five. Neal did not play on defense. Given the different skills sets each player possesses, it’s reasonable to think they could each have a role defensively depending on the opponent.

“It's always about the players,” Salgado said. “How can we put them in position to make plays? That's what it's all about. What do they do well? ‘Hey, let's put them in that position.’ ”