Oh, but it’s so much more than that, too.

“Western Stars,” the at turns ruminative, jubilant and transcendentally beautiful film Bruce Springsteen co-directed with Emmy winner Thom Zimny, is not so much a highway movie as it is a study of what happens when that highway runs out, and the hero is left with nowhere to turn but toward the mirror.

The film is ostensibly a live recreation of “Western Stars,” Springsteen’s paean to the classic California pop recordings of the late '60s and '70s, and on that level alone, it’s an unqualified success.

Set in a rustic-but-elegant 140-year-old barn tucked away on the Springsteen family property in Colts Neck, N.J., the concert portion of the film finds the man flanked by a 30-piece orchestra, his wife, vocalist/guitarist Patti Scialfa, four harmony singers, and a quintet featuring drums, bass, pedal steel, piano and electric guitar.

There’s an extra “performer” that earns much of the credit for the pure magic of these performances, however – the barn itself. Springsteen, in one of the many voice-overs that sometimes frame, sometimes deepen, and always illuminate the performances, claims the gothic, high-ceilinged structure, with horses in stalls below and a full performance space and rustic bar above, “has soul.” That “soul” is parlayed in the film via a glorious, wood-infused ambiance and the sort of graceful, natural reverb no computer audio plug-in could ever dream of recreating. The barn breathes, its chest rising and falling in time with Springsteen’s.

If all we were given here was the intimate concert recreating the 13 songs that make up the “Western Stars” album – plus a jubilant encore take on the Larry Weiss-written, Glen Campbell-associated “Rhinestone Cowboy,” which the man sings as if he’s raging against the dying of the light, rather than  heading off to some “star-spangled rodeo” – the film would still be breathtaking.

But we’re talking about Springsteen here. That means a song is always much more than a performance. It’s a window, sometimes into the dark heart of a dream, and sometimes into the lambent glow of redemption, reconciliation, and forgiveness.

Ultimately, the film is a contemplative study of what, it turns out, is Springsteen’s greatest theme: The eternal struggle between that part of our character that urges us to turn tail and run – toward something, anything better than this – and that finer self, one capable of embracing love, friendship, family, community, civic duty and some form of steadiness.

This struggle wears on us all, whether we acknowledge as much or otherwise. It has certainly worn on Springsteen.

Its effects are written in the lines on his face, carved on his weathered hands shot in close-up, betrayed by his slight limp as he wanders remote trails with a horse, and explored in the aching intimacy of his gorgeously weathered voice as it joins in keening harmony with Scialfa. 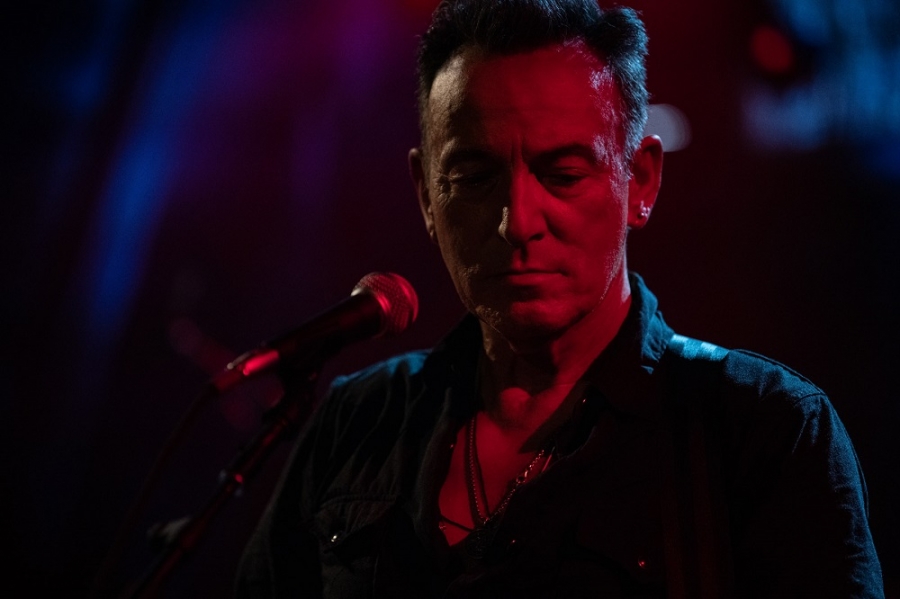 As the film progresses, with Springsteen’s narrative voice-overs married to cinematographer Joe DeSalvo’s filmic tone-poems serving as connective tissue between the songs, a strong narrative emerges, one in which an incredibly driven, decent-but-conflicted man seeks to reconcile his younger self with the slightly battered present-day version. In doing so, he’s forced to face his failures, his tendency toward self-destruction, and the clear consequences of both on any and all who love him.

When he was younger, Springsteen says, “If I loved you, I would try to hurt you,” and inevitably, that hurt would manifest itself in the narrator’s running away, abandonment-as-self-preservation being his favored mode of reckoning. "You run until you've left everything that you've loved and that loves you behind," he says, and ultimately, you run out of gas, out of road, and far from the sense of community that might sustain you.

"It's easy to lose yourself  – or never find yourself," he says. "The older you get, the heavier the baggage becomes that you haven't sorted."

Springsteen had help sorting his own baggage, the film makes increasingly clear as it progresses. That help came from Scialfa, to whom “Western Stars” might be seen as an achingly profound love letter. Interwoven home-movie scenes from the pair’s honeymoon provide the emotional apex of the film, as Springsteen’s narrative offers a stoic-but-poetic take on love’s potentially redemptive powers.

“Everybody’s broken in some way,” he says. “In this life, nobody gets away unhurt. … We’re always trying to find somebody whose broken pieces fit with our broken pieces, and something whole emerges.”

By the time the credits roll, Springsteen’s hard-won beliefs have come into striking focus.

"Love leaves scars, but without it, you’re nothing.

"The ties that bind can set you free, if you’re tough enough to let them.

"Tramps like us may be born to run, but a good man knows when it’s time to stop, to stand, and to fight for something worth fighting for."

Making the viewer feel these truths as profoundly as the man sharing them does is a tall order for what might casually be referred to as a “concert film.” It’s a credit both to Springsteen’s unflagging conviction and his abundant talent that, unless we’ve grown cold and detached ourselves, we do feel them, and deeply. 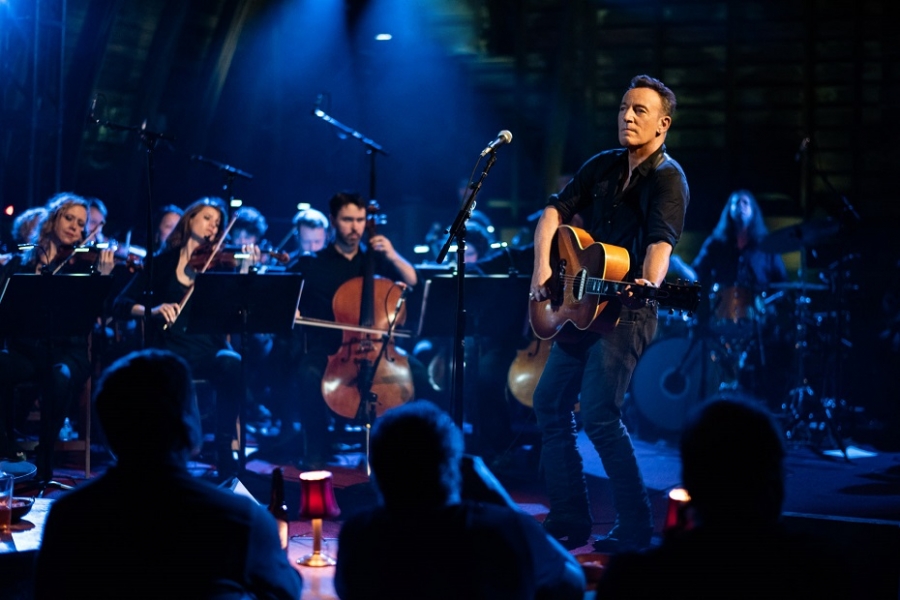 An at turns ruminative, jubilant and transcendentally beautiful concert-based film co-directed by Bruce Springsteen and Thom Zimny, "Western Stars" is not so much a highway movie as it is a study of what happens when that highway runs out, and the hero is left with nowhere to turn but toward the mirror. Rated PG for scenes involving alcohol and smoking. 83 minutes. Showing at Regal Quaker Crossing, 3450 Amelia Drive, Orchard Park, daily at noon, 2:35, 5:05, 7:35 and 10:05 p.m.