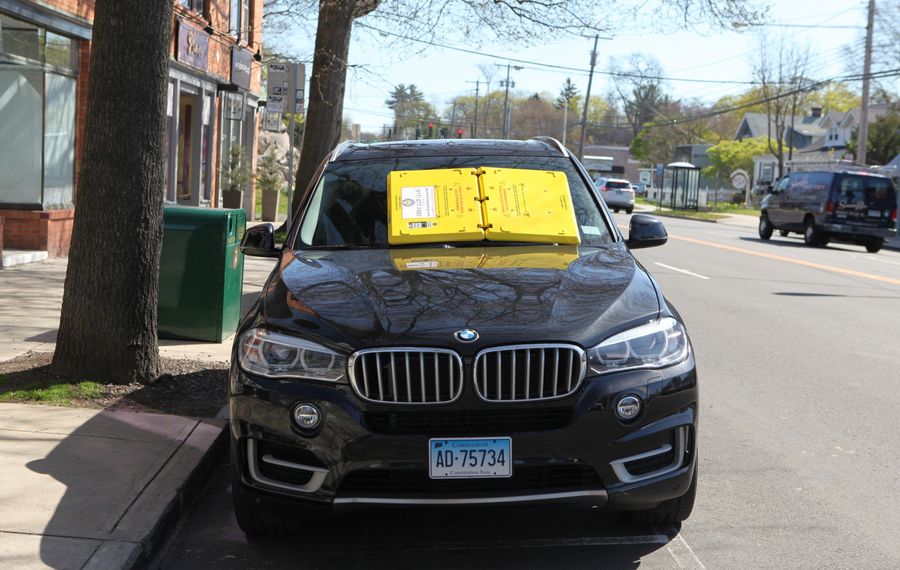 You've heard of the parking boot. But what about the Barnacle?

Starting Nov. 1, Allpro Parking will deploy the Barnacle on cars that fail to pay or don't follow the rules in its parking lots. The yellow device obstructs most of the windshield, so that the vehicle can't be safely operated. Allpro calls the Barnacle less intrusive than booting or towing.

It's tough to scrape off the Barnacle, which weighs 16 pounds. Two commercial grade suction cups attach the device to the windshield with 1,000 pounds of force. And the Barnacle is equipped with tamper alarms and GPS tracking.

Customers can free their vehicles from the Barnacle's grip by paying what they owe either online or over the phone, 24 hours a day. They are then responsible for returning the device to a drop box next to Allpro's office.

Allpro said it will deploy the Barnacle after "several warnings have been issued and immobilization becomes necessary."

Consider this your final warning: The Barnacle is coming.