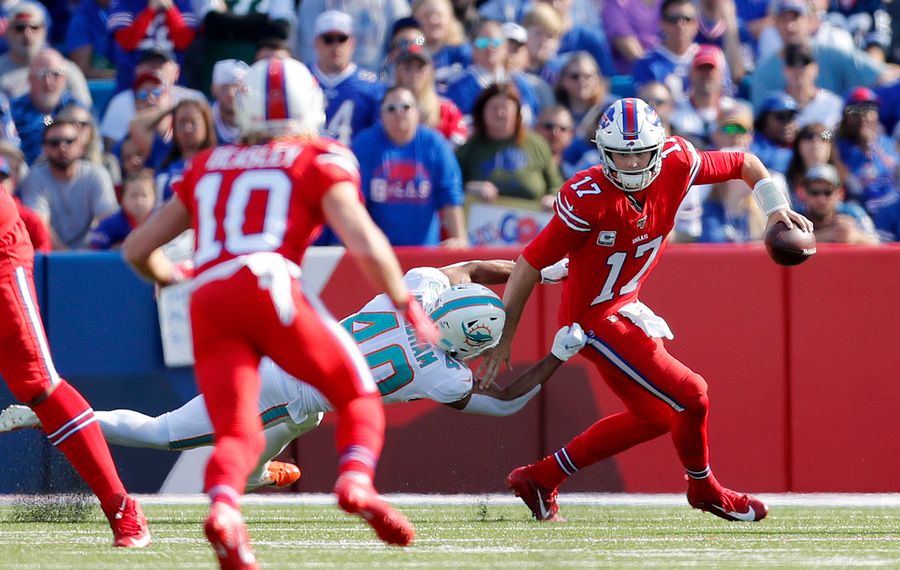 This is our annual ABO game: Always Beware of the Obvious. It would be difficult finding a team that looked as bad in a prime-time game than the Philadelphia Eagles did Sunday at Dallas, but there they were, on full display for the nation to see. Not only did they lay a tyrannosaurus egg, they coughed up 400-plus yards for the second consecutive game. Hardly attributes of a team picked to win its division and make it to the Super Bowl.

On the flip side, the 5-1 Buffalo Bills own wins against teams that are 6-25 on the season.

The combination of Philadelphia’s roster filled with injuries and the Cowboys returning Amari Cooper, Randall Cobb, Tyrion Smith and La’el Collins did in the Eagles. That won’t be the case Sunday. Not with the clincher: The Eagles are 12-1 straight and 13-0 against the spread on the road in the regular season after scoring 10 or fewer points.

Prediction: Eagles over Bills by 10.

Marc Lawrence previews the NFL from a Vegas perspective. You can follow him online at Playbook.com or @MarcLawrence.