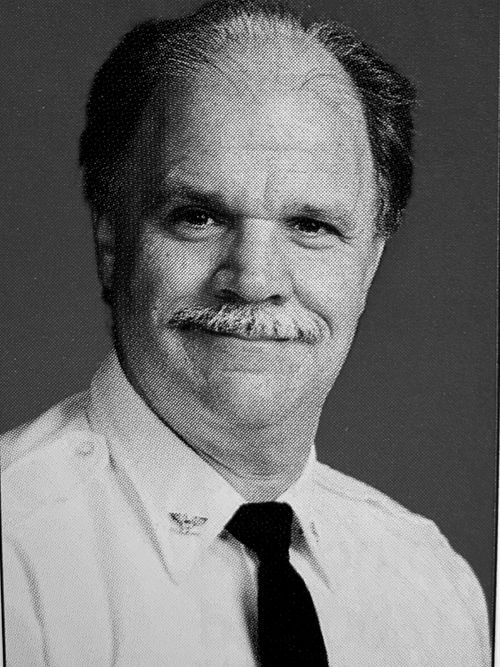 Patrick G. Stafford worked his way up the ranks in the Buffalo Police Department, but never forgot the challenges patrol officers face on the streets protecting the public.

So when he accepted what some might view as the most unpopular job in the department – inspector of internal affairs investigating complaints against the police – he was prepared.

“I tapped Pat Stafford for that post because he had the respect of the department and credibility,” said retired Police Commissioner Rocco J. Diina.

If he determined a young officer might be headed in a "wayward direction," Diina said the inspector had the ability to “make a connection” and guide the officer away from a career that might otherwise have been troubled.

Mr. Stafford died Sunday from a heart attack after being stricken in his West Seneca home. He was 66.

He joined the police force on June 29, 1973, and rose to the rank of deputy commissioner.

He became a lieutenant at the South Park Station in 1982. After he was promoted to captain in 1991, he worked at the Genesee Station. In 1993, he assumed command of the Communications Division at Police Headquarters, overseeing dispatchers. Police Commissioner R. Gil Kerlikowske appointed him deputy commissioner in 1995.

Along the way, Mr. Stafford earned a law degree from the University at Buffalo Law School.

He stepped down to his civil service rank as inspector during a major department reorganization that combined the city’s many precincts into five districts.

For Mr. Stafford, it was like returning home. As inspector, he served as a top supervisor in the Northeast District, which covers Bailey Kensington, where he was raised.

“Pat was always known for his levelheaded and fair decisions and that carried on when he served as internal affairs inspector,” Richards said. "His advice was often sought out.”

At major crime scenes, the inspector would often make time to speak with members of the media when information was hard to come by.

That willingness proved crucial when little was known after Officer Charles E. “Skip” McDougald was shot and killed on Northampton Street on April 9, 1997. As hundreds of officers combed the neighborhood for evidence, Mr. Stafford made time to provide updates to the public.

His former colleagues said he shined brightest as a family man.

“He was an incredible family man. He loved his family. He was devoted to his wife and children,” said retired Buffalo Police Chief of Staff James P. Giammaresi, who now serves as director of the Erie Crime Analysis Center. “You couldn’t ask for a better human being.”

He was also a great friend, they said.

“When we were kids, we played for the Kensington Little League. He was the pitcher and I was the catcher and I had to go buy a sponge to put in the old glove to absorb the sting of his fastball,” said Richard Santucci, who years later went to the Buffalo Police Academy with him.

As officers, they worked together in the Burglary Task Force.

“Pat was super intelligent. He had a knowledge of the law and the job, but at the same time he was the ultimate comic. He knew how to keep things light in the daily grind of the job,” Santucci said.

After he retired from police work, Mr. Stafford established his own law firm.

In addition to his wife of 38 years, the former Sandra Christopher, he is survived by two daughters, Ashley Dalrymple and Jaclyn Stafford; a son, Patrick; a stepson, Ward Scardino; and four grandchildren.

Prayers will be said at 9:30 a.m. Saturday in the Amigone Funeral Home, 1132 Delaware Ave., followed by a Mass of Christian Burial at St. Joseph Catholic Cathedral, 50 Franklin St. Entombment will be in Mt. Calvary Cemetery, Cheektowaga.