On “CBS Sunday Morning” on Oct. 5, Pete Hamill told co-host Tony Dokoupil he “grew up poor, but not impoverished.” When asked the difference, he said, “The library.”

Like Hamill, I became a library regular before I could read. My mother took me to Buffalo’s Amherst Street and North Park branches weekday afternoons. My father took me on weekends. The three of us went together the weekday nights the Amherst was open late, staying until closing time, often the last people to leave.

I browsed and checked out picture books, then books with more and more words. Our jaunts were adventures. Treats. My father’s love of libraries was as strong as his love of banks. His favorite activities, depositing money and checking out books he then read, became mine.

My playmates, cousins and classmates did not go to the library as regularly or at all with their parents. After I learned to ride a bicycle, I rode to the Amherst alone, not joining friends who went to the playground, nor telling them where I was going.

I felt more at home and more myself in rooms filled with books and checking them out than I did trying to fit in. It became my sanctuary. I worked at the Amherst branch the summer I decided not to go back to the overnight camp I had gone to for five years. The socializing, romancing, cashmere sweaters and makeup the girls wore became too much for me. 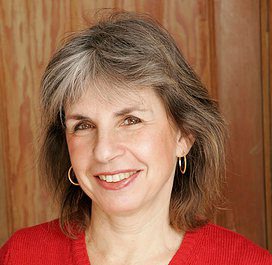 My part-time jobs in college, both at Case-Western Reserve and New York University, were in the university libraries.
One morning last summer heading down Seventh Avenue to the Hudson Park branch of the New York Public Library with a lightweight backpack, I bumped into an acquaintance, who lives several blocks from me, closer to the neighborhood branch.

“Where are you going?” she asked.

“To the Hudson Library,” I said.

“Where is the Hudson Library?”

“Next block,” I pointed to it. She is a freelance writer. I thought she might be kidding. She was not. “What are you going to do at a library?”

I turned halfway around so she could see my pack. “Return some books and take out others.”

That she did not go to libraries surprised me. And didn’t. I know people – many people – who do not use libraries to take out books. Or for anything. Most of my family loves to read. They buy their books. I have friends who don’t use libraries, some rarely read books. I do not hold that against them – they have other qualities – however, when I told a friend I had a Colson Whitehead reserved, I was a tad surprised when she asked, “What’s a Colson Whitehead?”

Hamill said that he wouldn’t be alive today if it wasn’t for the lessons he learned at the public library and that it gave him “a sense that there was a world beyond the limits of where I lived here in Brooklyn.”

I am grateful and fortunate my parents introduced me to the library and to books, showing me the joys of reading with the use of a card. The library gave me an enormous world beyond Buffalo. And now beyond New York. I grew up middle class. I am still middle class.

I was and will always be rich.

Nancy Davidoff Kelton's play "Finding Mr. Rightstein," which she adapted from her memoir, will have a staged reading on June 8, 2020, at the Jewish Repertory Theatre of Western New York.