Anyone with a slight knowledge of local soccer would have predicted this year's Buffalo State men's team would finish better than seventh out of the 10-team SUNYAC.

Brimming with individual talent, relentless pace and intensity; returning three All-SUNYAC picks; and benefiting from Francesco Cardillo's first full off-season as head coach, the preseason slot was insulting - even in a stacked conference.

After blanking nationally ranked Penn State Behrend in an exhibition and then comprehensively beating local power Medaille on the last day of August, the Bengals were serious about using the slight as ammunition.

"We saw that we were seventh and it pissed us all off," said senior defender Colin O'Keefe at the time. "We feel that we are one of the top two teams in the conference. And we have ambitions to win a SUNYAC title. And if we keep doing what we're doing, I don't see any reason why we can't compete with any team in our conference." 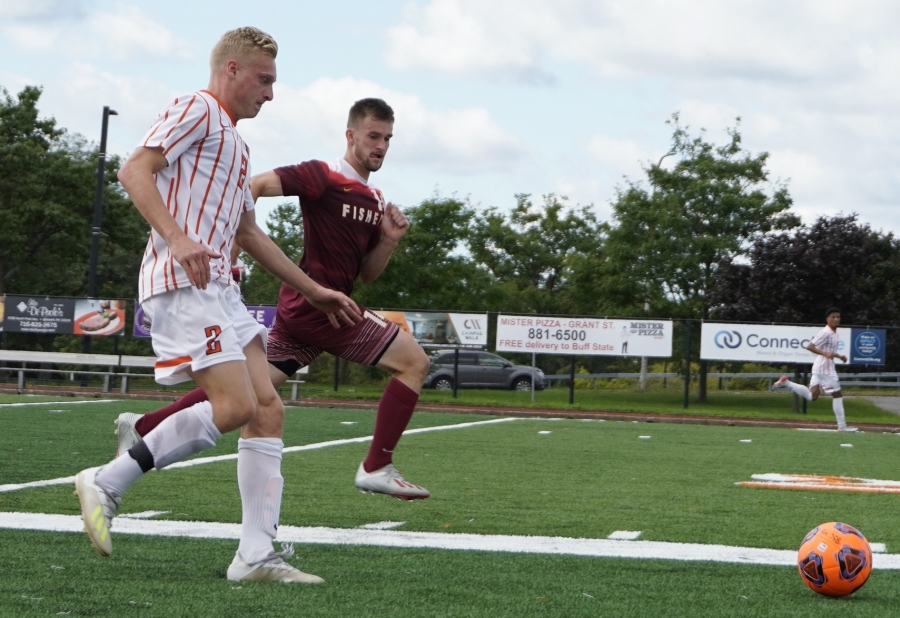 When the Bengals absolutely rolled through all seven non-conference foes - scoring 33 goals and conceding just once - the SUNYAC was officially put on notice. Buffalo State peaked at fifth in the East Region rankings of the United Soccer Coaches and cracked the Top 25 of D3Soccer.com.

But then the Bengals were quickly reminded of the gauntlet presented by the SUNYAC, one of the toughest conferences in men's NCAA Division 3 soccer. The first conference match could not have been more bizarre or more of a wake-up call.

Despite scoring a last-second equalizer that became a SportsCenter Top 10 Play, the Bengals couldn't ride the momentum and fell to Potsdam in double overtime, 2-1, when Justin Lamando scored an upper-90 banger to win it. Five matches later, that victory remains the Bears' lone conference win. 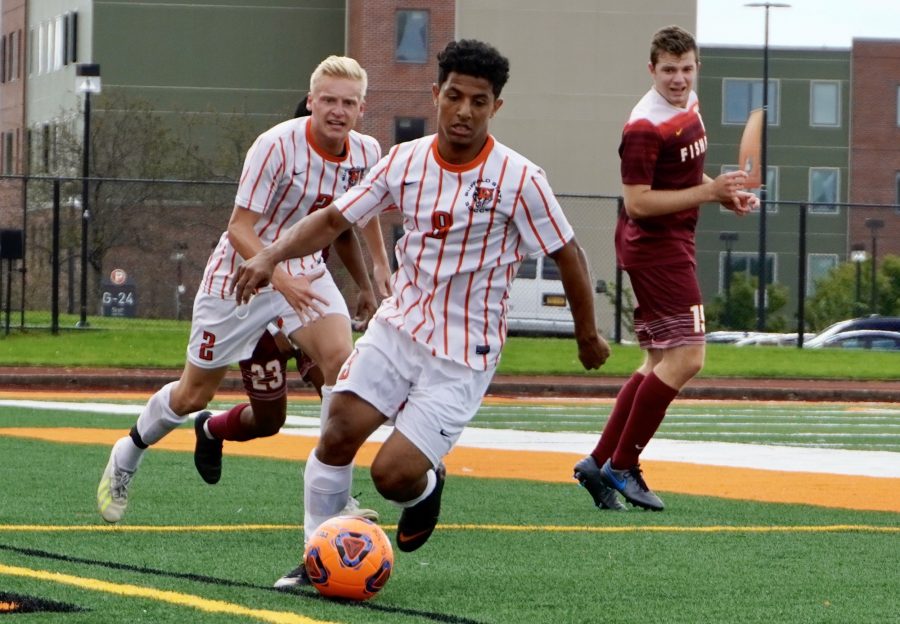 To the credit of Cardillo and his team, their spirit wasn't broken. Rebounding the following day to beat Plattsburgh, 2-1, in a back-and-forth match, the veteran side proved its fitness and fight.

"No team in the conference is going to roll over and let us get points," said captain Ali Shawish before the Battle by the Lake - the annual clash against rival Fredonia - at 4 p.m. Oct. 19 at Coyer Field.

"All the teams are good and very competitive, they battle for 90 minutes to do whatever they can for some points."

While Zakaria Shaibi's bicycle kick against Potsdam stands as one of the most stunning goals in local soccer history, two other local products potted key game-winning goals in SUNYAC play that will likely prove meaningful in a parity-filled final standings. 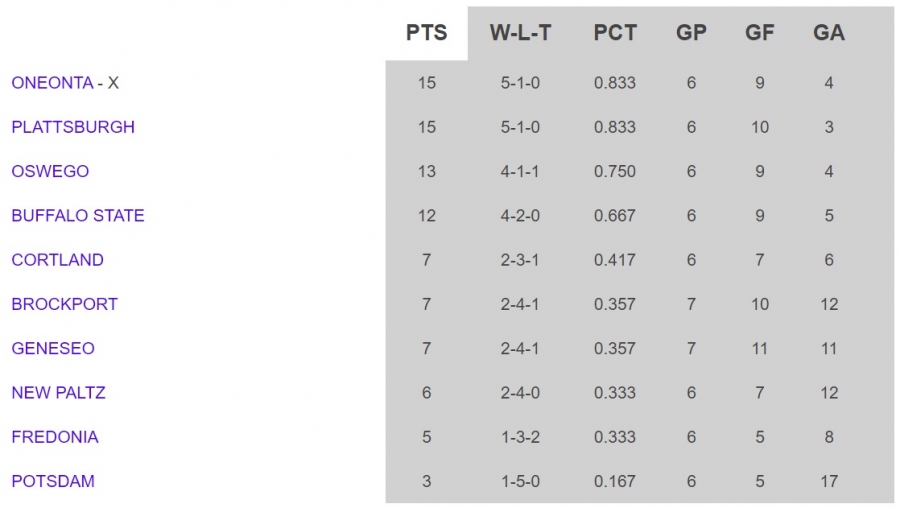 The SUNYAC men's soccer standings at the two-thirds mark of the season. (via SUNYAC)

Tony Roncone (West Seneca East) scored in the 75th minute to knock off Plattsburgh, while Nemanja Simic struck in double overtime to give the Bengals three points at home vs. New Paltz. 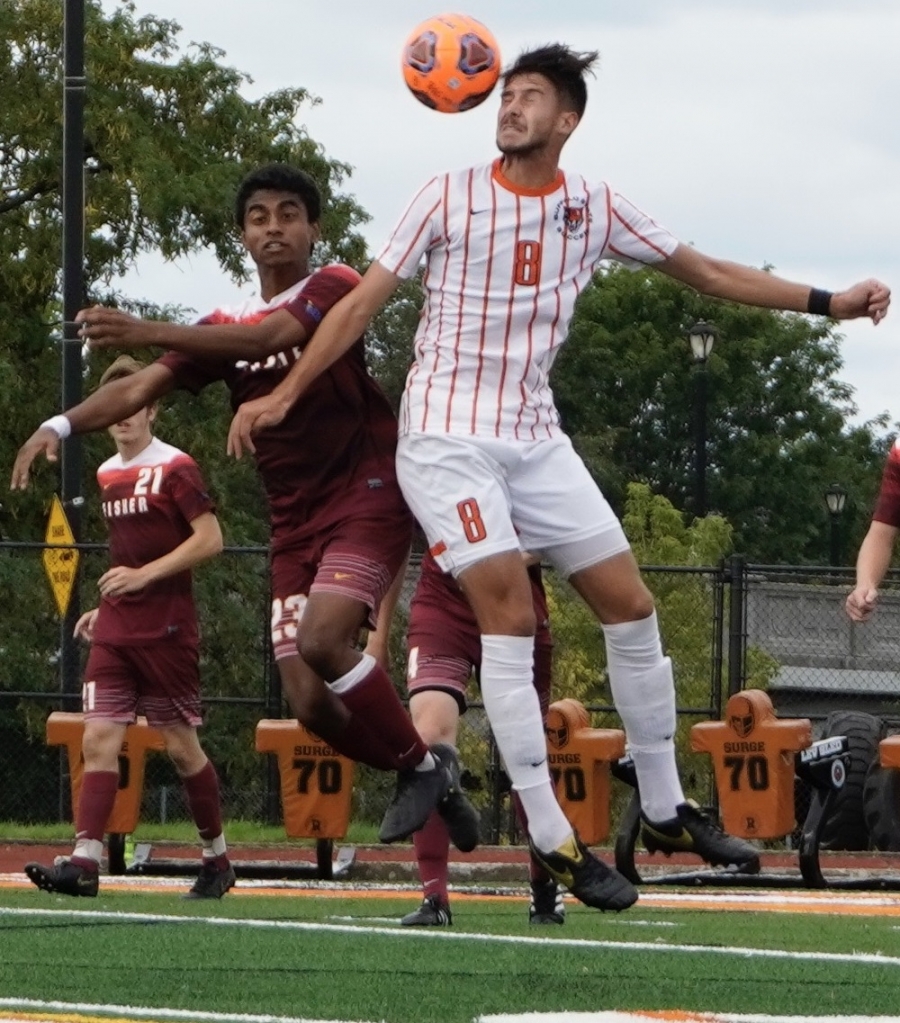 The effort expended against the Hawks, however, put beleaguered Buffalo State in a tough spot for a quick turnaround against nationally ranked Oneonta the next day.

While Buffalo State battled the Red Dragons to a stalemate after 100 minutes, a clever pass from leading scorer Witman Hernandez to Matt Howe was the moment of brilliance that caused the Bengals' undoing.

Again, Buffalo State didn't crumble after falling short against a SUNYAC giant. Shawish and senior goalkeeper Andy Queen galvanized the squad to a weekend road sweep of Brockport and Geneseo. Both seized SUNYAC honors as a result.

As injuries pile up and force college teams to dig deeper into their benches, the final stretch of the SUNYAC season becomes more of a survival of the fittest - in part thanks to the ridiculous scheduling of matches on back-to-back days, a staggering problem with American college soccer.

Buffalo State has already lost two starters - defender Drew Braun and midfielder Moe Saif - to injury, with others nursing minor knocks. Cardillo's reluctance to trust more than two or three players on his bench means the 15 in the rotation must recover quickly.

In his swansong college season, Shawish has raised his level, recently shouldering the scoring burden from reigning SUNYAC freshman of the year Theo Pencic, who mustered 12 goals through the first seven tilts but has yet to find the back of the net in conference. 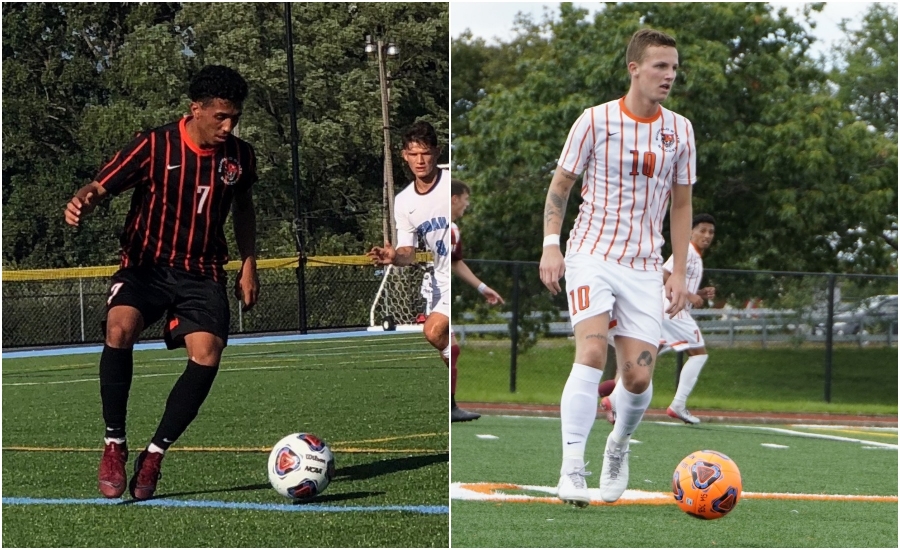 "The biggest key to [my] recent form is staying healthy and being in shape for back-to-back conference games, which can be brutal on the body," Shawish said.

"Another is preparing for every game mentally and physically the right way. It's something I had to develop through the course of my college career with help from the [Buffalo State] coaches and athletic trainers."

The two seniors have captured the headliners and honors, but the Bengals' back unit has been stingy this year. Led by O'Keefe, sound freshman Jason Lee, prodigious Abdi Salim and two-way threat Trevor Moreland - not to mention omnipresent holding midfielder Saleman Salim - this unit is daunting for opponents. 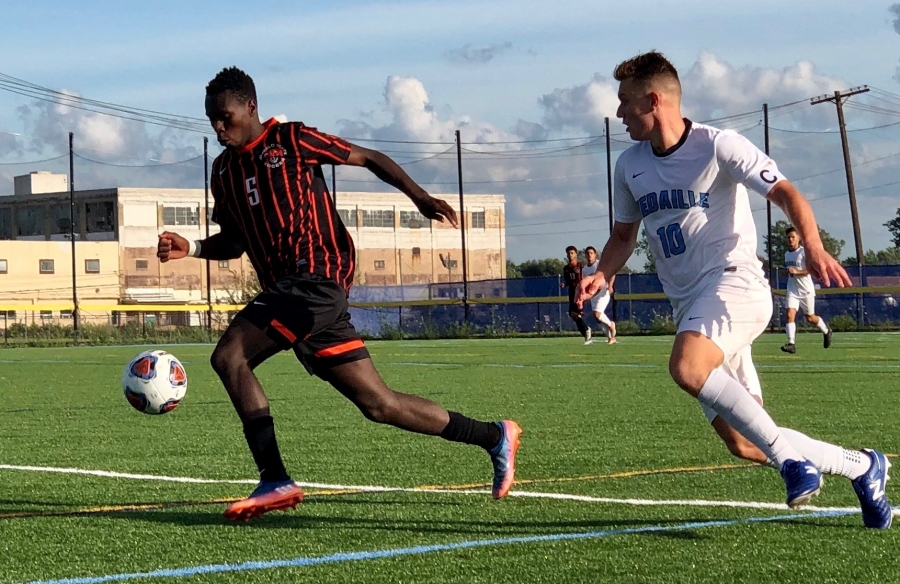 "We're a fortress back there," said O'Keefe, who was also one of FC Buffalo's brightest players this summer. "We don't concede. We have a great goalie in Andy, and then our midfield is always working for everybody. So I'd say our biggest strength is definitely our defense and our athleticism."

The strain doesn't relent, it only intensifies as Buffalo State enters its final three SUNYAC games, including the final regular-season home match for its five seniors (Queen, O'Keefe, Shawish, Braun and Josh Beshaw) on Oct. 26 vs. Oswego.

Finishing in the two top would mean a first-round bye, while third or fourth place would secure a first-round home game at Coyer. Six teams advance to the postseason.

A return to the glory of 2017, when Buffalo State advanced to its first NCAA Tournament since 1984, is entirely possible with this group - despite its doubters - but such a trip will require heroics from a hardened core and consistently valiant efforts from a shorthanded side. 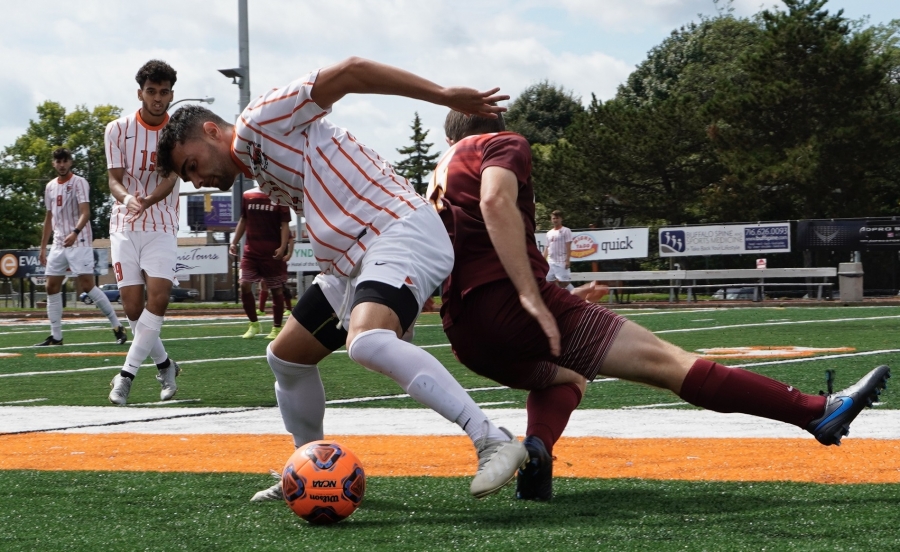