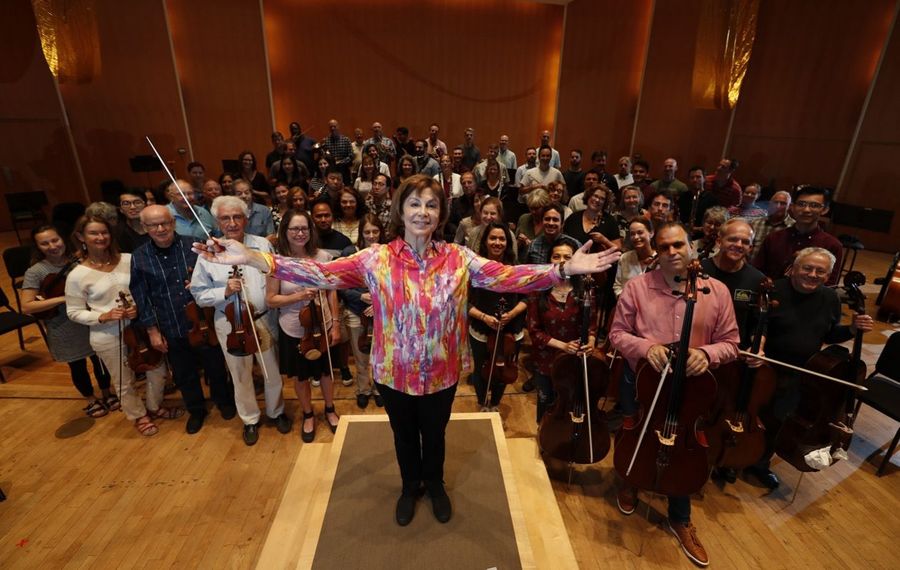 Music Director JoAnn Falletta's contract with the Buffalo Philharmonic Orchestra has been extended for five years, the organization has announced.

The new contract positions Falletta to remain at the helm of the orchestra through the 2025-26 season. Maestro Falletta’s contract was set to expire at the end of the 2020-21 season.

“This is a great day for the BPO and our community,” said John Yurtchuk, chair of the board of trustees of the Buffalo Philharmonic Orchestra Society. “The orchestra’s trajectory has been on an upward swing thanks to JoAnn, and we are very happy to make this announcement as we celebrate her 20-year tenure this weekend.”

Falletta recently announced her retirement as music director of the Virginia Symphony Orchestra, effective June 2020. She’s held that position with the VSO since 1991. In a recent interview, Maestro Falletta said her desire to fully focus on the BPO “played an incredibly significant part in my decision, because I believe there is so much more great work to do here, and I’m incredibly excited about the future in Buffalo.”

As Falletta – the first female conductor to lead a major American orchestra – celebrates her 20th anniversary as BPO music director, the orchestra is a stronger force, both locally and nationally, than ever before.

The BPO’s budget has been balanced for 14 years running, subscriptions are at a record high, and the orchestra has become one of the most recorded ensembles of its size in the country, with several of its recordings for the Naxos label beneath Falletta’s baton having earned Grammy nominations and wins.

“I believe a great city like Buffalo deserves a great orchestra,” Falletta said. “There is such a special bond that we all share, from the musicians who touch our audiences with their world-class artistry week after week, and the audiences who allow us to share our music with them. It is truly my honor to lead this remarkable ensemble, and I am thrilled to be able to do so for several more years.”

A full schedule of events during Falletta's 20th anniversary season is available at bpo.org.