Democrats swept into power in Amherst in the 2015 and 2017 town elections, winning all five seats on the Town Board including the supervisor's post.

Now, Republicans are trying to rebound by picking off one or both of the seats on the ballot this fall.

And while Republican incumbents for highway superintendent and town justice are running unopposed, the town clerk campaign is a rematch of 2018's special election featuring two well-known Amherst names.

In Erie County's most populous town, as always, the issue of how much growth is appropriate looms largest. Hundreds of millions of dollars in new construction and redevelopment is planned for the town, including at the former Westwood Country Club, former Northtown Plaza and for student housing near the University at Buffalo North Campus.

The candidates, however, said voters often look past party labels because differences aren't as sharply defined at the town level as at the national level.

What happened to Amherst's Republicans?

Bucki, 66, is seeking a second term. A registered nurse by profession, she previously served as town clerk and, before that, several additional years on the Town Board.

"The most important issues facing Amherst today are the future of the former Westwood Country Club site, the need for fiscal responsibility to control the burden of real property taxes and rebuild the town's fund balance, and appropriately balancing the interests in growth and redevelopment with the needs and concerns of the residents who call Amherst home," said Bucki.

Szukala, 56, is the Medicaid inspector general for Erie County and previously held a number of financial and administrative roles for the county, the City of Buffalo and Buffalo Public Schools. He also is the secretary/treasurer of the Amherst Industrial Development Agency.

"I think it is possible to find a compromise that addresses the concerns of residents, developers and town officials. I do think that developers will need to accept a lower rate of return on projects than they have in the past," said Szukala, acknowledging residents' fears of development that is out of character with their neighborhoods.

Sanders, 49, is a certified public accountant and the vice chairman of the Amherst IDA who earlier served two Town Board terms.

"The town has to be careful to balance the need of encouraging growth and development to keep the tax base healthy with maintaining the overall quality of life," said Sanders, who warned about increasing spending in the budget without finding new revenue to match.

Spino, 42, is special projects coordinator with the Erie County District Attorney's Office. He previously worked for Erie County and the Erie County Legislature and he was an unsuccessful Town Board candidate in 2017.

"Amherst residents expect a high quality of life and this includes the roads, sewers, parks, police and other services. When taxes go up and the roads are potholed and parks aren't being properly maintained the residents get upset and demand better service for the taxes they're paying," said Spino, who believes he could work productively with a Democratic Town Board majority. 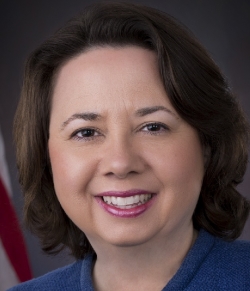 The second seat is open because Democrat Francina J. Spoth, 56, is leaving to campaign again for town clerk.

Spoth, 56, has served on the Town Board since 2016 and as deputy supervisor since 2018. She is a research and marketing specialist who previously served on the Williamsville School Board.

Running against her is Republican Jeffery Zeplowitz, 50, who previously served as a legislative aide to Republican state legislators.

Spoth handily lost to Zeplowitz in last fall's unplanned contest while running on only the Conservative ballot line. Spoth and the incumbent are seeking a full four-year term as clerk, whose office collects taxes and grants marriage licenses, among other duties. 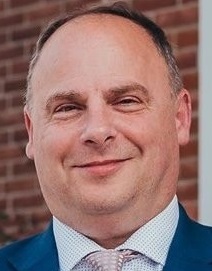 If elected, Spoth said, "I will focus on resident needs and take full advantage of current technology to modernize processes and cut wait times." She said she will conduct regular audits and seek grants to cover upgrades to office operations.

Zeplowitz said he will try to expand the office's outreach efforts and join a county program that offers discounts on certain services to veterans. "I have worked to help with the town’s finances by both saving the town money and bringing in new revenue that can be used for new town programs," he said.