The Child Victims Act is unconstitutional, and a decades-old childhood sexual abuse case filed under the new law should be dismissed, a Catholic religious order is asserting.

The Province of St. Anthony of Padua of the Conventual Franciscans and related entities have asked a State Supreme Court judge to dismiss a lawsuit accusing the Rev. Mark Andrzejczuk of sexually abusing a female student in the 1970s at Cardinal O’Hara High School in Tonawanda.

Attorney Dennis Vacco, who represents the Franciscan order, also said in court papers that the lawsuit should be tossed because the plaintiff waited too long to sue.

He raised the legal theory of laches, which says that defendants should not be held liable if the passage of time makes it difficult for them to defend themselves.

The Franciscan order’s legal response is among the first by any defendants in the 240 lawsuits filed in Western New York under the Child Victims Act. The act was passed by the State Legislature in January and signed into law in February by Gov. Andrew Cuomo. It allows victims of decades-old childhood sexual abuse to bring lawsuits that were previously barred by the statute of limitations.

But attacking the constitutionality of the Child Victims Act could become a strategy adopted by other defendants.

“The law was written to afford every defendant due process,” Garabedian said. “Therefore, I believe the defendant’s arguments will ring hollow.” 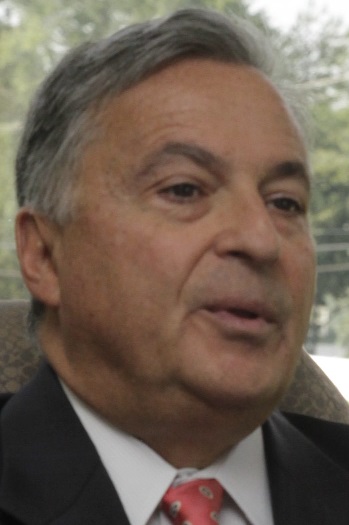 On Friday, one of Garabedian’s clients filed a suit that alleges Andrzejczuk sexually abused her when she was 16 on seven occasions. The abuse occurred at school, in 1978 and 1979, the suit says.

The plaintiff, who resides in Lancaster, sued the Buffalo Diocese, the Franciscan religious order and the high school.

Gail Holler-Kennedy, another former Cardinal O’Hara student, sued the Buffalo Diocese and the Franciscans in February, alleging that Andrzejczuk molested her from 1978 to 1981 when she was 14 to 17 years old. Holler-Kennedy is a Niagara County resident.

The court put her suit on hold until Aug. 14, when the Child Victims Act opened a one-year window for people who say they were sexually abused as children to file previously time-barred lawsuits against the abusers or their employers.

The Franciscan order that employed Andrzejczuk denied in court papers that he molested Holler-Kennedy. In papers filed by Vacco, the Franciscans also said any damages suffered by the plaintiff were caused by the acts of a third party upon whom the Franciscans had no control.

[Click here to read the Franciscans' answer to lawsuit]

Vacco did not respond to questions from The Buffalo News about the Franciscans' claim the Child Victims Act is unconstitutional. Through a spokesman, the Franciscan order said it would not discuss its legal position or strategy outside the courtroom.

Franciscan orders are named as a defendant in at least seven Child Victims Act lawsuits in Erie County.

Andrzejczuk, a Franciscan priest, died in 2011.

Garabedian said he expects, based on his experience representing clergy abuse victims, that Andrzejczuk abused other children as well.

The Buffalo Diocese has identified Andrzejczuk as a priest credibly accused of sexually abusing children.

“The filing of a second claim against Mark Andrzejczuk is another example of why Bishop (Richard) Malone must resign,” Garabedian said. “It’s another indication of how the Diocese of Buffalo kept the abuse of innocent children secret.”